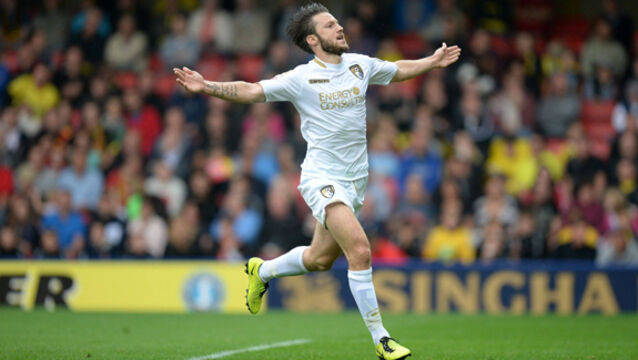 How the Irish put Cherries on top

Barring a miracle of epic proportions on Saturday, Ireland&rsquo;s strong historical connections with Bournemouth will be enhanced in the Premier League next season.

Runaway Premier Division leaders Sligo Rovers will be hoping to open up the gap on the chasing pack when they host Shelbourne at the Showgrounds (7.45pm) tonight.

Shels climb up to fifth

A first goal of the season for captain David Cassidy saw Shelbourne come from behind for only their second win in seven games.

Students look to stop the rot

Unbeaten Sligo Rovers travel to Gortakeegan expecting a tricky assignment against newly promoted Monaghan, who have got off to a solid start to life in the top flight.

Monaghan go into tonight's game against St Patrick’s Athletic without the services of four key players.

Shamrock Rovers will be hot favourites to make it two out of two when the champions play host to Monaghan United in the Airtricity League Premier Division at Tallaght Stadium tonight (8pm kick off, all other games 7.45pm).

Fagan on the mark again as Bohs stroll to win

CHRISTY FAGAN hit the woodwork three times at Dalymount last night, but still made it five goals in four games as Bohemians breezed past hapless Galway.

Galway United will look to end a miserable run of results when they take on fellow strugglers UCD at Terryland Park tonight, kick-off 7.45pm.

Sligo get chance to close on leaders

WITH leaders St Patrick’s Athletic not in league action until their clash with Shamrock Rovers at Tallaght on Sunday, Sligo Rovers can move within a point of the Inchicore men at the top of the Premier Division with victory over Bray Wanderers at the Carlisle Grounds tonight (7.45pm).

SHAMROCK ROVERS will face Estonian champions FC Flora in the UEFA Champions League second round qualifiers, the draw for which was made at UEFA headquarters in Nyon yesterday.

Galway United face Drogs with host of players out

St Patrick's Athletic will be hoping to build on Friday’s victory when they take on Galway United at Richmond Park tonight, kick-off 7.30pm.

League leaders Shamrock Rovers will be looking to stay top of the table when they take on Galway United at Terryland Park tonight (kick-off 7.35pm).

Feeney back for Galway

Galway United will be hoping to kick-start their season with victory over Bray Wanderers at the Carlisle Grounds tonight, kick-off 7.45pm.

SLIGO ROVERS ended a four-year wait for a win at the home of their provincial rivals last night with John Dillon’s strike on the half-hour seeing them take the points at Terryland Park.

A DOMINANT second-half display marked by three goals saw St Patrick’s Athletic get their new campaign off to a winning start in Terryland Park last night.

McMillan set to start for Pat's

Sporting Fingal will be looking for valuable points for European qualification when they take on Dundalk at Oriel Park tonight (kick-off 7.45pm).

Maher a doubt for Sporting

BOHEMIANS, still very much in the hunt for the coveted league and cup double, will start as slight favourites to reach the FAI Ford Cup final at the Aviva Stadium on November 14 when they play host to in-form Sligo Rovers in tonight’s semi-final at Dalymount Park (8.05 pm).

Sporting come back to earn draw against St Pat's

Duo out, two more a doubt for Sporting

Sporting Fingal and St Patrick's Athletic battle it out in the race for third place at Morton Stadium this afternoon, kick-off 1pm.

Drogheda United will be desperate for a victory in their battle to avoid the drop when they take on Sporting Fingal at Hunky Dorys Park, kick-off 7.45pm.

McFaul and O’Brien due back for Fingal

Cup holders Sporting Fingal travel to Richmond Park to take on St Patrick’s Athletic for a place in the semi-final of the FAI Ford Cup, kick-off 1pm.

Bray Wanderers will continue their fight to avoid the drop when they take on Sporting Fingal at Morton Stadium, kick-off 7.45pm.

Fingal's Maher back to face Dundalk

Sporting Fingal can stay in touch at the top of the table with victory over Dundalk at Morton Stadium tonight, kick-off 7.45pm.

Mervue United out to spring surprise against Sporting Fingal

Rovers aiming to be back on top

Shamrock Rovers will return to the top of the table with victory over Sporting Fingal in this afternoon’s clash at Morton Stadium, kick-off 4.00pm.

O’Connor back for Pat's

St Patrick’s Athletic have the chance to return to the top of the Airtricity League Premier Division when they take on Sporting Fingal this afternoon (kick off: 3pm).

European dream over for brave Sporting

LIAM Buckley has no doubt his Sporting Fingal side will get chances to score against Maritimo at Dalymount Park tonight.

NOT exactly impressed by the local media placing the tag of ‘David versus Goliath’ on the tie, Sporting Fingal manager Liam Buckley will hope that his extensive preparation will give his side every chance as the club makes its European debut at the Estadio da Madeira tonight.

Bray Wanderers will be without Colm Tresson and Stephen Brennan for their clash with Sporting Fingal at the Carlisle Grounds tonight, kick-off 7.45pm.

Sporting Fingal will attempt to rediscover their home form when they meet Sligo Rovers at Morton Stadium tonight, kick-off 7.45pm.

Murphy and Gray out for Gypsies

Bohs kick into gear for derby clash with Fingal

AFTER quite a few wobbles in the first half of the season, Bohemians last week began the long run-in in ominously good form, with a 3-0 win over Dundalk which hauled them up to second in a congested table, two points behind St Patrick’s Athletic, level with Shamrock Rovers and just one point ahead of tonight’s visitors to Dalymount Park, Sporting Fingal.

Sporting Fingal return to the scene of their FAI Cup final victory as they take on Shamrock Rovers at Tallaght Stadium tonight, kick-off 8pm.

Fingal plan for trip to Drogheda without injured duo

Sporting Fingal can stay in touch at the top of the table with victory over Drogheda United at Hunky Dorys Park tonight, kick-off 7.45pm.

No Frost, Barrett or Fitzgerald for Fingal

Bohemians will be looking to get back to winning ways in the league when they take on Sporting Fingal at Morton Stadium tonight, kick-off 7.45pm.

A FAIRYTALE ending to a fairy-tale season for Sporting Fingal, as the Dublin newcomers came back from the dead to win the FAI Cup final with an injury time Gary O’Neill header against a Sligo Rovers side which had held the lead in Tallaght with just five minutes to go.

Drogs may look to younger players to fill gap