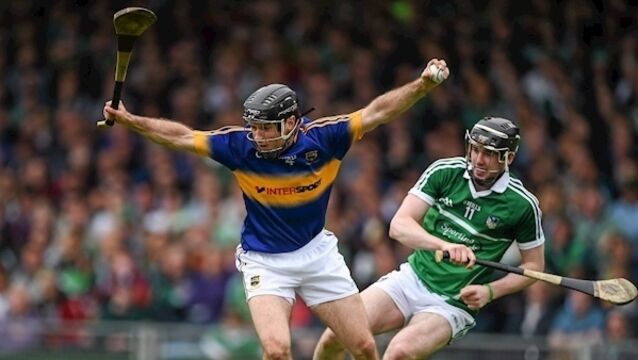 How come the west is asleep in Tipp hurling?

September 1, 1997. The day John Kiely began teaching in The Abbey was Conor O’Brien’s first as a student in the Tipperary town secondary school. Just as there was heartache for a young O’Brien in seeing Tipperary go down to Clare later that month, there had been for Kiely as a member of Tom Ryan’s Limerick panel against Wexford 12 months previous. 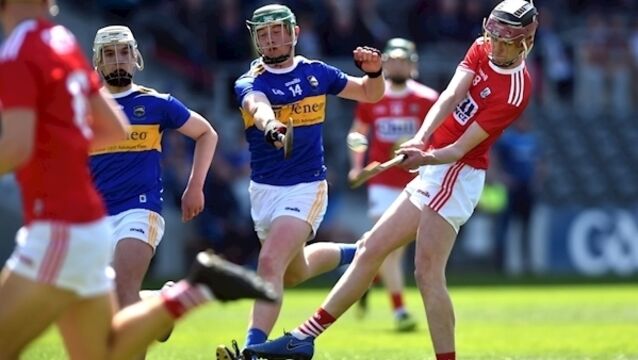 A pair of first-half Jack Cahalane goals and a scoring burst early in the second half stood to Cork as they got their Electric Ireland Munster MHC campaign off to a win against Tipperary in Páirc Uí Chaoimh. 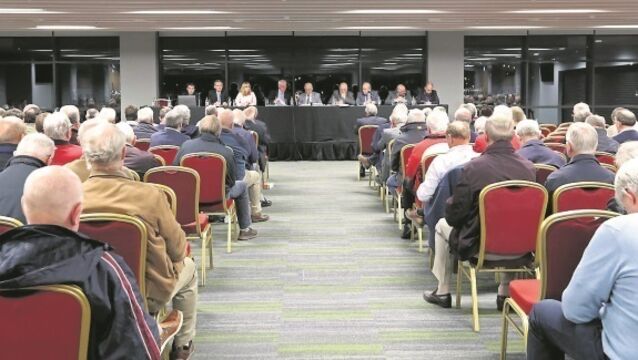 Cork board begins the process of replacing Frank Murphy

A proposal on the appointment of the next Cork County Board secretary will be circulated to clubs ahead of the next board meeting.

There were celebrations in Macra communities across the country as Miss Macra finalists were welcomed home.

An Electric Ireland Munster minor campaign which began slowly ended in emphatic fashion for Tipperary as they had 17 points to spare over Limerick at the Gaelic Grounds yesterday.

De La Salle (Waterford) 0-13 Nenagh CBS (Tipperary) 0-10: A fruitful period at the start of the second-half &mdash; and a desire to prove others wrong &mdash; helped Waterford&rsquo;s De La Salle to overcome Nenagh CBS in Kilmallock yesterday to book their place in the semi-finals of the Dr Harty Cup.

St Colman&rsquo;s, Fermoy 2-14 Nenagh CBS 0-10: A storming second-half performance &ndash; in which St Colman&rsquo;s outscored their opponents 2-10 to 0-2 &ndash; powered the Fermoy college to a first Harty Cup win of the campaign.

Colin Walshe replaces Drew Wylie in the only change to the Monaghan side for Sunday&rsquo;s Ulster SFC semi-final with Fermanagh in Kingspan Breffni Park (4pm). Walshe came on as a sub in the win over Cavan in the quarter-final, scoring a point.

Fifteen dairy farms in seven counties have been shortlisted for the 2014 National Dairy Council and Kerrygold Quality Milk Awards.

The Harty Cup has been competed for since 1918 so it’s hardly a surprise that there have been eight one-county derby finals.

Cork senior footballer Damien Cahalane is a notable inclusion in the county’s U21 hurling side for tomorrow night’s Bord Gáis Energy Munster semi-final with Tipperary in Semple Stadium (7.30pm).

Eoin Kelly’s nine points were not enough to save Mullinahone from a heavy drubbing (1-18 to 0-9) by Éire Óg, Nenagh in the second round of the Tipperary senior hurling championship at Boherlahan.

County SHC champions, Drom-Inch had a comfortable 0-21 to 0-12 win over Burgess in the third round at Dolla yesterday.

Doon CBS on the double

Shattered Dungarvan CBS players must rouse themselves quickly for Sunday’s Dr Harty Cup final after a number of them suffered a heartbreaking defeat in Saturday’s Munster Schools SBHC decider.

COUNTY star Seamus Callanan capped a sensational display with the winning score from a 90m injury time free to give Drom-Inch a 2-16 to 1-18 over Burgess in Saturday’s Tipperary SHC fourth round tie at Templemore.

THE FAIRYTALE ended for Upperchurch Drombane in Semple Stadium yesterday, a season in which new ground was broken in the Tipperary SHC at both divisional and county level, and a tame ending it was.

Tipp duo set for long-awaited day in the sun

A REAL Cinderella-story in Tipperary tomorrow, as Loughmore-Castleiney take on Drom & Inch in the senior hurling championship final at Semple Stadium (3.30pm).

Mannix at centre-back for Cork minors’ opener against Limerick

HOLDERS Cork will field seven of the squad which trounced Limerick in last year’s provincial final in tomorrow night’s opening round of the ESB Munster Minor Hurling Championship at the Gaelic Grounds (6.30).

With a break in the National Hurling League next weekend, Munster giants Tipperary and Clare have teed up an enticing challenge match for Sunday at Templederry (throw-in 2.30pm).

THE defection of all of Cork’s award winners opened the door for 13 replacements to be included in the 2004 and 2005 Vodafone All-Star teams which will play an exhibition game in Singapore on Saturday.

Star hurler Conor Ryan will take up the “captaincy” at Arrabawn Co-op next June.

Dooher ruled out of Tyrone tie with Kerry

BRIAN DOOHER has been ruled out of Sunday’s vital Allianz NFL game with All-Ireland champions Kerry in Fitzgerald Stadium.

WITH his side already through to the knockout stages of the Allianz NHL, Tipperary manager Ken Hogan has rested a number of first choice players for Sunday’s clash with Cork at Pairc Uí Chaoimh.

Quirke on rampage for ‘Salle’

Donoughmore cruise to a hat-trick of provincial titles

THE county championship schedule winds a little closer to conclusion this weekend with a handful of finals and replays to be decided before the provincial campaigns can begin in earnest.

Cork wary of a vengeful Tipp

THE Cork team to play Tipperary in the Munster U-21 Hurling Championship final at Thurles tomorrow night has two changes from the side that beat Limerick in the semi-final.

Tipperary's dismal showing against Clare in the Munster senior hurling championship is reflected in the thinking of the managment team for Saturday's All-Ireland qualifier against Laois at Portlaois.

JOHN LEAHY will apply the crowning touch to a dream-like first season as manager should Mullinahone win the Tipperary SHC title for the first time on Sunday.

McGee returns for clash with Donegal

JONATHON McGEE comes back into the Dublin team for next Monday's Bank of Ireland All-Ireland SFC quarter-final clash with Donegal at Croke Park.

Tipperary minor footballers face into the Munster semi-final against Limerick, at Fermoy, on Thursday evening without key player Shane Ryan who has not recovered from injury.

GAA: Wexford will be no pushover - Costello

Tipperary corner-back, Thomas Costello, has warned his team-mates that Wexford will be no pushover in Sunday's Guinness all-Ireland senior hurling semi-final.