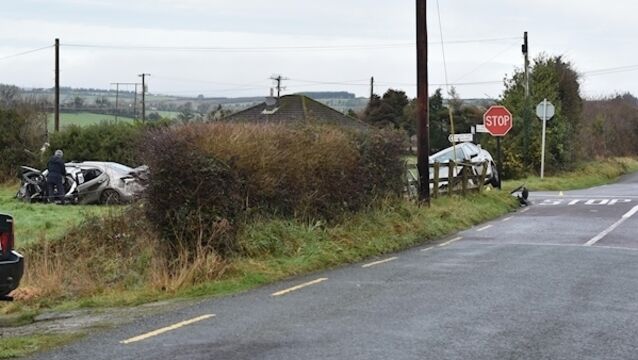 Elderly woman dies over a week after Kerry crash

An elderly woman who was injured after a crash in County Kerry over a week ago has died. 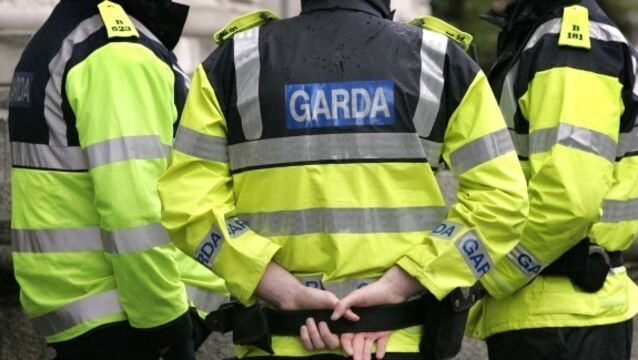 The man was detained at Killarney Garda Station under Section 30 Offences Against the State Act, 1939 and has since been charged. 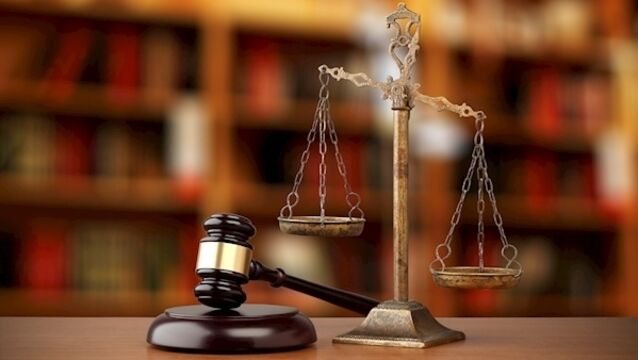 Man extradited from Hungary to appear in court

He was arrested in Budapest on December 11, and was arrested at Dublin Airport on Friday, on foot of a European Arrest Warrant.

The man died after being struck by a car while cycling on the Gap of Dunloe Road near Beaufort.

Gardaí in Kerry are investigating an incident in which it is alleged three Gaelic footballers assaulted a man in Killarney.

Here are all the latest headlines this lunchtime...

A woman who gave a detailed account of a rape in what later transpired to be consensual sex, after becoming separated from friends on the night of the 2014 All-Ireland Football final, will be sentenced in January, the Circuit Criminal Court in Tralee was told.

‘No one sober’ on night of alleged sexual assault

No one was sober on the night of an alleged sexual assault by a 53-year-old man on another male, aged 44, a female witness, one of the three people in the bed, told the Circuit Criminal Court in Tralee yesterday.

Daughter pleads for help over murder of James Cahillane

The daughter of a man murdered, possibly with a hammer, in an attack where the motive is unknown, yesterday appealed for the public&rsquo;s help.

Man in his 60s arrested over 1991 disappearance

Garda&iacute; in Killarney have arrested and are questioning a man as part of the investigation into the abduction and disappearance of English man Charles Brooke Pickard at Castlecove, Co Kerry, on April 26, 1991.

Gardaí have arrested a man in his 60s in relation to the investigation into the abduction and disappearance of Charles Brook Pickard in Co Kerry in 1991.

A Czech national living in Killarney, Co Kerry, who wore a green hoodie on the night of the 2014 All-Ireland football final, was identified by garda&iacute; as the chief suspect in an enquiry in which a 26-year-old woman claimed she was violently raped and gave a detailed description of her &ldquo;foreign, tanned-skinned&rdquo; attacker who spoke English with a foreign accent.

Kerry&rsquo;s most senior garda has ordered an internal inquiry into possible corruption in Killarney after &ldquo;something&rdquo; was brought to his attention, he told a meeting of the county&rsquo;s joint policing committee in Tralee.

A large-scale internal investigation is under way at Killarney Garda Station following an allegation of alleged corruption.

Crystal meth worth €26k sent via post from England

A court has been told that crystal meth with a street value of more than &euro;26,000 had been sent through the post from England.

The country&rsquo;s oldest volunteer mountain rescue team, which deals with death and injury on Ireland&rsquo;s highest mountain, is marking its 50th anniversary.

Two men will appear in court again this Thursday after being charged over the weekend in connection with an armed raid on a Co Kerry post office last week.

Two men have been charged in connection with a robbery at a post office in Waterville, Co. Kerry, on Wednesday, August 3.

Garda&iacute; in Kerry were last night hunting a third member of a gang after a post office was robbed at gunpoint, a Garda car repeatedly rammed, and detectives discharged warning shots.

‘Stop acting the eejit… get off the old drugs’

A 51-year-old who claimed he was being &ldquo;picked on&rdquo; by &ldquo;only Killarney garda&iacute;&rdquo;, is on a dossier of drug suspects held in Killarney Garda Station, it emerged during a case in which he denied obstructing a garda who suspected him of having drugs.

One of the country&rsquo;s top tourist towns, Killarney, Co Kerry, is seeking to flag itself as a three-in-a-row of an international award.

Farmer to face trial for aiming rifle at gardaí during siege

A sheep farmer has been sent forward for trial to the Circuit Criminal Court, on two charges relating to having a Winchester rifle with a telescopic sight and aiming it at two garda&iacute; during a siege at his Kerry farm.

Some of the recent fires which scorched parts of Killarney National Park and its surrounds are believed to have been set maliciously.

The death of man in his 40s &mdash; whose body was found in Tralee, Co Kerry, yesterday &mdash; is not being treated as suspicious.

Five young men, including a teenager, have been arrested in connection with an armed robbery in a Co Kerry post office this week.

A 46-year-old man has been arrested after an armed stand off in Co Kerry.

Gardaí have arrested a man in connection with an alleged serious sex assault of an elderly woman in Kerry.

Murder-accused denies trying to get rid of shoes

A man charged with murdering a mother and her young daughter denied wanting to get rid of shoes he was wearing because they were covered in blood, his trial has heard.

Cannabis plants worth around €80,000 have been seized in Killarney in Co Kerry.

A murder probe was launched last night after a 30-year-old man was stabbed to death in Co Louth.

A man has been injured in a shooting in Co Kerry overnight.

A murder probe is expected to be launched after a 30-year-old man was stabbed to death.

A man has been arrested after a petrol bomb was thrown at Killarney garda station.

Man charged with Jolanta’s murder and unlawful killing of Enrika

A 26-year-old man was last night charged with the double killing of a mother, originally from Lithuania, and her young daughter, at their home in Killorglin, Co Kerry, two weeks ago.

Gardaí questioning a 26-year-old man in connection with a double murder are hoping for a breakthrough in a case that has shocked the country.

Man arrested in connection with murder of mother and daughter

A 26-year-old male has been arrested this morning in connection with the murder of Jolanta Lubiene and her eight-year-old daughter Enrika.

A man in his 40s is being held by Gardaí in Kerry in relation to the murder of 27-year-old Jolanta Lubiene and her 8-year-old daughter Enrika over a week ago.

A man has been arrested by Gardaí as part of their investigation into the murders of a mother and daughter in Co Kerry.

A cuddly white teddy, a bunch of flowers, a framed photograph of a mother and daughter happy together, and a candle lamp — symbols of a family’s love for two people savagely murdered.

Bodies of mother and daughter 'found in separate rooms'

The bodies of a mother and daughter, who were believed suffered a violent death, were found in separate rooms of a house in Killorglin, gardaí revealed today.

Two questioned over murder of man in Kerry

Two people were still being questioned last night by gardaí in connection with the murder of a 58-year-old man near Killorglin, Co Kerry, more than a year ago.

A cyclist was knocked down by a minibus and killed over the bank holiday weekend, bringing the death toll on Irish roads this year to 49 — 14 more than for the same period last year.

A FATHER of three young children was killed early yesterday when his car hit a wall as he was on his way to train in Killorglin for a new job.

TWO 20-year-old women have pleaded guilty to brothel-keeping in a self-catering cottage adjoining a Killarney hotel complex a week ago.

USE of the new Garda telecommunications system, Tetra, led to the fast apprehension of three men following an attempted raid on an ATM, in Castleisland, in Co Kerry, early on Saturday.