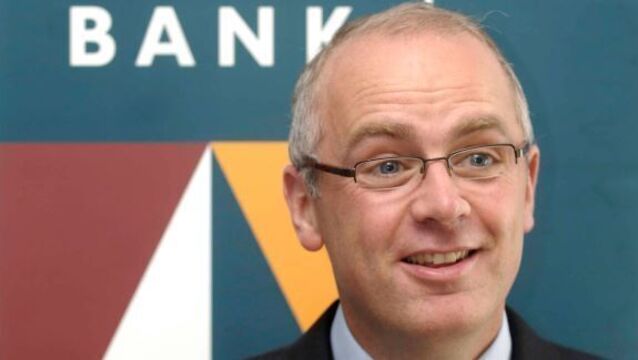 Airtricity’s rise and rise leaves criticism blowing in the wind

THE rise and rise of Airtricity, Ireland’s largest wind farm company, is one of the most striking indigenous success stories of recent times.

LUAS, Dublin’s light rail system, has been given the all-clear to make its maiden journey this afternoon — and commuters don’t have to pay anything for the trip in the first five days.

Aer Lingus managers set to back sale of airline next year

TRANSPORT Minister Seamus Brennan will consider the views of CIE workers and management before making a final decision on the future break-up of the company, it emerged yesterday.

Public Enterprise Minister Mary O'Rourke has lost her seat in Westmeath - the first bad news of the day for Fianna Fail.

Fine Gael’s Jim Higgins has claimed that Iarnród Eireann is planning to lay off up to 350 temporary workers after the general election because of a €25m deficit at the company.

'I am not looking for his resignation' - Ahern

More memorable quotes from the day’s campaigning in the general election were:

Fianna Fail has pledged to create separate boards at Cork and Shannon airports if returned to power after the general election.

Prince Charles has arrived in Ireland

The Prince of Wales has arrived at Baldonnel airfield in Dublin.

Technical fault most likely cause - report

A report into the Tuskar Rock plane crash in 1968 has concluded that the Aer Lingus plane was not brought down by a British army missile.

A new report into the 1968 Tuscar Rock air crash is expected to conclude that the disaster was not caused by a British missile or drone.

Speculation that O'Leary will be forced to resign

The Government has approved the construction of a metro system linking Dublin Airport to the city centre.

The cabinet is believed to have approved the construction of a metro system connecting Dublin Airport to the city centre.

The Taoiseach, Bertie Ahern, has refused to be drawn on Dermot O’Leary’s future as a member of Aer Rianta’s board of directors.

The row about Liam Lawlor’s preferential treatment at Dublin airport late last month is set to dominate the political agenda this week.

The Government has proposed the establishment of a rail safety commission to regulate Ireland’s rail system.

O'Rourke to press for more state aid for Aer Lingus

Public Enterprise Minister Mary O’Rourke is expected to seek permission to give more money to Aer Lingus at a meeting of European transport ministers in Brussels today.

Irish Internet users should boycott the World Wide Web in a protest at the lack of cheap services, a pressure group said today.

Mary O’Rourke will face a vote of no confidence tonight aimed at removing her from her post as Public Enterprise Minister.

Gardai in Dublin have recovered bank cards and jewellery which were stolen from Public Enterprise Minister Mary O’Rourke’s home yesterday.

Bertie Ahern was today introducing Ireland’s first light rail tram, some two years before the system gets up and running.

The Taoiseach Bertie Ahern will introduce Ireland to its first light rail tram at a ceremony in Dublin tomorrow - some two years before the system gets up and running.

Around 1,000 Aer Lingus staff, their families and union activists have marched on the Dail to protest at what they believe is the Government’s mishandling of the current crisis facing the airline.

The Government has decided to privatise Aer Lingus in an attempt to save the crippled airline from bankruptcy.

MEP Mary Banotti has said she is worried that the Government is not fulfilling its promise to fight for permission to give state aid to Aer Lingus.

Public Enterprise Minister Mary O’Rourke has told the Dail that it will be extremely difficult to gain permission from the European Commission to guarantee a state loan for Aer Lingus.

The European Union’s Council of Transport Ministers has indicated that it will not allow the Government to give state aid to Aer Lingus.

Public Enterprise Minister Mary O’Rourke has pleaded with the European Union’s Transport Council to allow the Government to give state aid to Aer Lingus.

Fine Gael leader Michael Noonan has called on the Government to restructure Aer Lingus’ board of directors and remove all political friends of Fianna Fail.

Aer Lingus have announced new special redundancy packages will be offered to staff who lose their jobs in a radical move aimed at saving the airline.

Education Minister Michael Woods has told the Dail that the EC package of measures to aid struggling airlines is "inadequate".

Ryanair 'flying its way out of the problem'

The head of Ryanair explained today how his company was ‘‘flying its way’’ out of the air industry crisis generated by the September 11 terrorist attacks on the United States.

Public Enterprise Minister Mary O’Rourke tonight pledged a fight to ensure that European airlines were not left at a cashflow disadvantage against their American rivals.

Aer Lingus management is due to brief staff today about the extent of job losses needed to keep the airline in business following last month’s attacks in the United States.

The European Union will be forced to allow the Irish Government to aid Irish airline Aer Lingus which has suffered a dive in bookings after the attacks on America, a union said today.

Labour says O’Rourke should be sacked

The Labour Party has said Public Enterprise Minister Mary O’Rourke should be sacked because of her failure to help Aer Lingus in the wake of the attacks in the US last month.

Public Enterprise Minister Mary O’Rourke has told the Dail that the Government cannot provide aid to Aer Lingus at the moment because of Europe’s competition laws.

The Public Enterprise Minister Mary O'Rourke hinted strongly that if the EU sanctions state aid for airlines , affected by the US terrorist attacks of September 11, she'd be prepared to assist Aer Lingus.

Aer Lingus has declined to reveal details of its plans for the near future after a meeting of its board of directors this afternoon.

Fine Gael has tabled a motion in the Dail calling on Public Enterprise Minister Mary O’Rourke to pressure the EU into dropping its ban on state aid for ailing airlines.

Government yet to decide on broadband subsidies

Public Enterprise Minister Mary O’Rourke has said the Government has yet to decide on the level of subsidies for companies providing broadband communications in the regions.

O'Rourke to travel to Brussels on Monday

Public Enterprise Minister Mary O’Rourke is to travel to Brussels on Monday to discuss the current crisis in Aer Lingus.

A Government spokesperson has described today’s meeting between Public Enterprise Minister Mary O’Rourke and unions at Aer Lingus as "realistic and workmanlike".