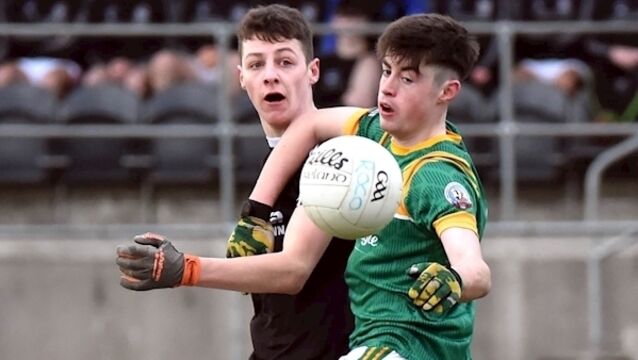 The Killarney side survived a testing challenge from St Francis College, Rochestown, in Mallow today. 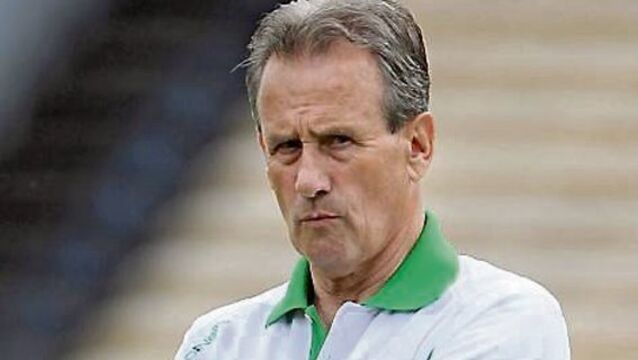 Justin McCarthy: Tipping around won’t do for Cork

Former Cork coach and midfielder Justin McCarthy reckons the Leesiders don’t play as fast as All-Ireland champions Tipperary and suffer as a result. 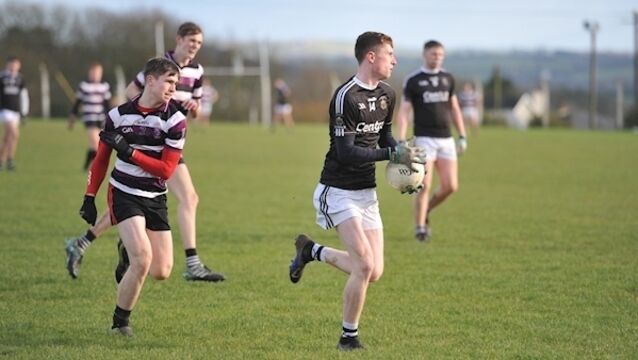 St Francis College, Rochestown secured their place in the quarter-final of the Corn Uí Mhuirí after their defeat of Skibbereen Community School at Newcestown.

Cork county councillors have urged their officials to look at the possibility of buying a dockyard to stimulate urban regeneration.

He featured in enough of them. Who better than Paul Flynn to look ahead to tomorrow&rsquo;s Waterford county hurling final?

Horsehead house is a clear winner

St Francis College Rochestown in Cork will look to cap a season to remember as they take on Mayo&rsquo;s Rice College in the All-Ireland final today &mdash; the Dr Tony O&rsquo;Neill Senior National Cup final (U19).

Rebel with a cause:&nbsp;Michael&nbsp;Moynihan looks at the life of John Horgan, Cork hurling captain, and Blackrock club legend

Waterford 0-17 Limerick 0-19: The Limerick backroom team jumped for joy at full-time as the Treaty resisted a late avalanche of Waterford pressure to squeeze through to the Munster minor hurling final for the fourth year in a row at a sunny Walsh Park.

Imokilly 3-20 UCC 1-11: S&eacute;amus Harnedy starred as Imokilly put together a fine all-round performance to better UCC at Riverstown in the opening round of the Cork SHC last night.

Cork County Board delegates last night looked set to vote in favour of proposed changes to the county championships.

It&rsquo;s been a tough week for those involved in Waterford GAA. A few days ago well-known referee and former Ballygunner star Paul Foley passed away unexpectedly, and the sadness is still palpable.

The Waterford senior hurling semi-finals are on soon, and there are some surprising participants if you&rsquo;re used to the Mount Sion-Ballygunner dominance of recent years.

De La Salle in danger of the drop

Three time county champions De La Salle face a relegation play-off to keep their Waterford SHC senior status intact after Fourmilewater dumped them out of the race for the News &amp; Star trophy on Saturday evening at Fraher Field.

A last-gasp Paul Murray point pinched victory for Cappoquin over local rivals Lismore at Ballyduff last night (2-16 to 2-15). It represented an amazing turnaround for Ger Manley&rsquo;s men after their 23-point defeat to Mount Sion last weekend.

In Rochestown College, the students are doing the teaching

College Corinthians exacted quick revenge on neighbours Douglas Hall as the Castletreasure outfit advanced to the third round of the FAI Intermediate Cup with a 3-0 victory at Moneygourney on Saturday.

Ballygunner came out the wrong side of the craziest finish to a Waterford county final against Passage last October.

Powerful Passage back in title hunt

Waterford SHC, Round 4: With their backs to the wall beforehand, county champions Passage came out fighting last night to claim a vital Group 1 win over Fourmilewater in a crunch fourth round clash at Fraher Field (3-18 to 1-18).

Dubs dig in as Cork refuse to quit

Kerry manager Eamon Fitzmaurice has made four changes for this Sunday&rsquo;s Munster decider from the team which edged past Clare in the semi-final.

Kildare manager Jason Ryan retains faith in the black-card rule, but insists consistency of its application remains the most important factor.

Na Piarsaigh manager likely to take refuge in the stands

Na Piarsaigh manager Sean Stack is contemplating a seat in the stand when his charges come face to face with his beloved Sixmilebridge in Sunday’s AIB Munster Club SHC quarter-final.

Kevin Downes says “everything’s in place” for him and the Limerick hurling squad with the return of TJ Ryan and Donal O’Grady as co-managers on Shannonside.

The Waterford County Board have confirmed the identity of the county's new senior hurling manager tonight and as widely anticipated, Derek McGrath has got the job.

Senior Hurling titles were up for grabs in Waterford, Tipperary, Kerry, Roscommon, Mayo and Leitrim this weekend.

Peter Queally has emerged as favourite to become Waterford’s new senior hurling team manager. And Queally’s claims could be enhanced if Passage claim victory in next Sunday’s county final against eastern rivals Ballygunner.

Ballygunner easily master Passage and set up clash with DLS

In a fascinating climax to the group stages of the Waterford SHC, three-time winners Lismore and 2012 runners-up Dungarvan were the major casualties as Tallow, Ballygunner and Abbeyside all pressed on to the quarter-finals.

Vin Baston an officer and a gentleman

An Officer and a Gentleman, that was once how the eloquent Pat Fanning, former president of the GAA, described his former Mount Sion team-mate Vin Baston, and a fitting description it was, the popular and ever-courteous Baston having reached the rank of Commandant in the Irish Defence Forces before his untimely death in 1963 at the age of 44.

De La Salle in a canter

Reigning champions De La Salle blitzed An Rinn 4-17 to 0-11 in the Waterford SHC on Saturday, with Jake Dillon rattling home 3-6, as Derek McGrath’s men secured their second win of the Group 1 campaign.

‘Olivia was devoted to her children’

The mother of three who was murdered before her home was set alight was devoted to her children and to helping her community.

The Waterford hurlers face into the new season without their two first choice midfielders from last summer's Championship, Stephen Molumphy and Philip Mahony.

Conor Ryan’s report on the Cork-based company operating Banners Broker in this country has certainly raised many questions about the business.