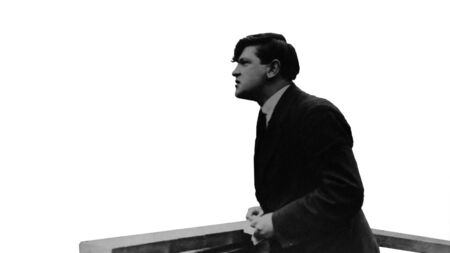 The truce, the treaty and the split - a six part commemorative series 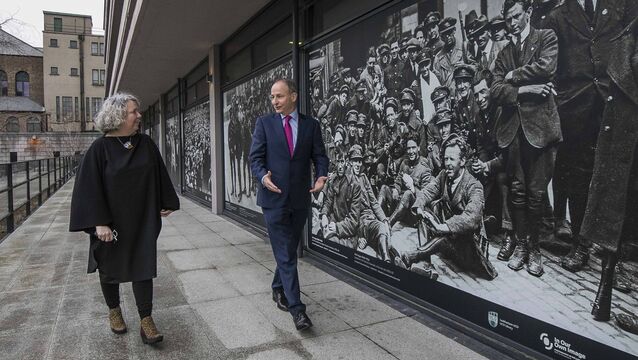 Irish Examiner view: Let us hear it for our historians

1922 commemoration reminds us of the importance of perspective and context 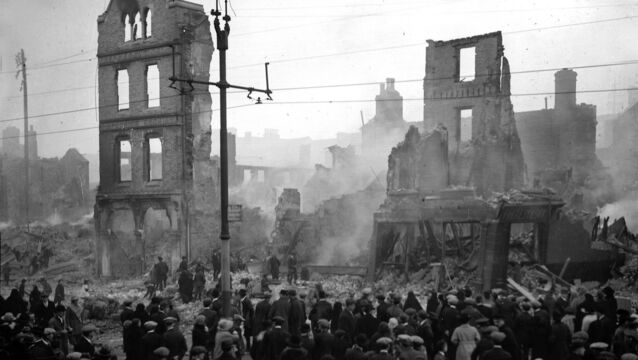 A new interactive map will give users the opportunity to explore over 2,000 IRA companies across the island of Ireland from the War of Independence to the Civil War. 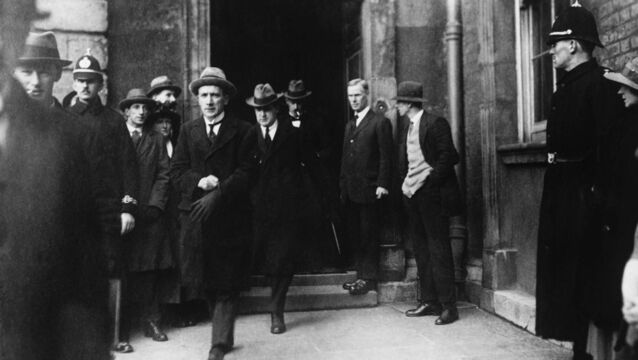 Dublin Castle was handed over by British forces to the Irish Provisional Government on January 16, 1922, following the signing of the Anglo-Irish Treaty, which brought to an end the Irish War of Independence against British rule

How the Examiner covered the ratification of the Treaty in 1922

Road Trip: How Michael Collins sold the Treaty to the public

Mick Clifford: A critical look at Ireland past and present

THREE books published in the last year provide major insights into the evolution of this country, two of which have huge resonance moving into the new year.

With the signing of the Treaty, the World Congress of the Irish Race - designed to be an extravagant showcase of the solidarity and common purpose of the Irish race in the face of British aggression - was attended by pro- and anti-Treaty representatives and ended as a diplomatic embarrassment, Helene O’Keeffe

After the last few years, it's small wonder we'd look back and take stock. But it's vital that we also stay focused on our shared future

Michael Collins - from Truce to Treaty

For the first few weeks of the talks that lead to the signing of the Anglo-Irish Treaty, the Irish delegation lead by Michael Collins enjoyed the better of the exchanges with the British. However, the negotiations began to turn and ended up with, as Collins famously expressed, the signing of his own death warrant, writes UCC historian Gabriel Doherty

Alderman Tadhg Barry was shot three weeks before the signing of the Treaty. We don't know how he would have responded to the Treaty and the split, but he would have acted in a way he thought best for the cause of social justice

TP O'Mahony: How the two Churches helped divide the North

Partition saw both of Ireland's Christian religions or churches embracing or endorsing or aligning themselves with political systems or political establishments where doing so advanced their own aims.

The IRA, the split, and the Anglo-Irish Treaty

Opposition among Sinn Féin, Cumann na mBan, and the IRA to the Irish Free State’s dominion status within the British empire after the signing of the Anglo Irish Treaty led tothe Civil War, writes John Borgonovo

One hundred years ago, she spoke passionately for hours, fuelled by memory of Terence’s painful last days, writes Leeann Lane

'Not a bonfire, not a flag, not a hurrah' - how a vague Treaty lead to civil war

Though the Treaty of 1921 gave Ireland an independence that had eluded previous generations, the oath of fidelity to the British king was seen by many as a betrayal, write Mícheál Ó Fathartaigh and Liam Weeks

Discovering the truth would be desirable, but a judgement based on a balance of probabilities would be a hostage to fortune

Remembering all of Cork's War of Independence fatalities, and the bitter Treaty debates

Cork recorded more violent deaths than Belfast or Dublin in the revolutionary period, more than a third of them civilians. Here, we examine the ongoing work to account for them all — and the Treaty debate that was dividing Ireland 100 years ago

From waiters to administrators: Remembering all the men and women of the Treaty

Most of the 70 Irish people who set out to win the peace 100 years ago today — including key administrators such as Kathleen McKenna — have been forgotten. But now their descendants are setting out to tell their extraordinary stories

Did the Treaty really represent, as Michael Collins claimed at the time, the freedom to achieve freedom?

Between Two Hells: The treaty that led to war

Book Review:  Dr Ferriter’s book shows a distinct difference between the leadership of each side during the Irish Civil War