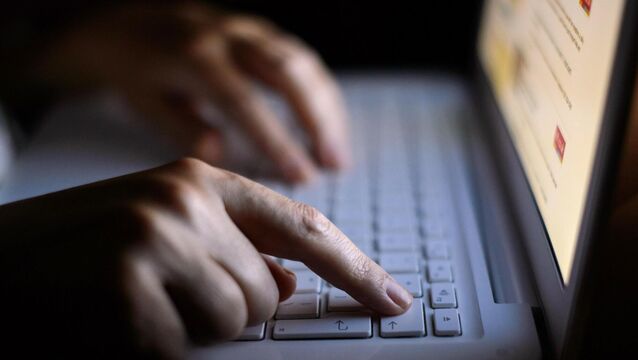 Many countries see threats to their cybersecurity as the responsibility of the state attacked, not an EU matter 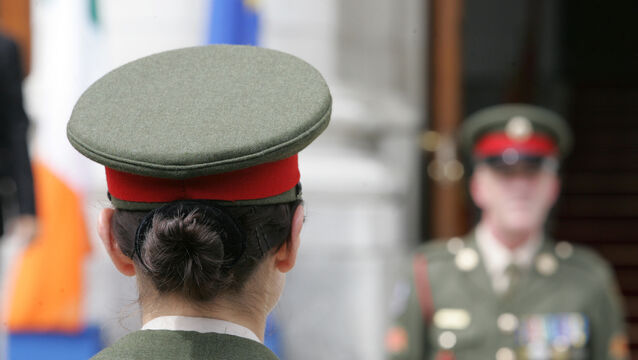 Cormac O'Keeffe: Irish Defence Forces will have to fight to realise this ambitious report 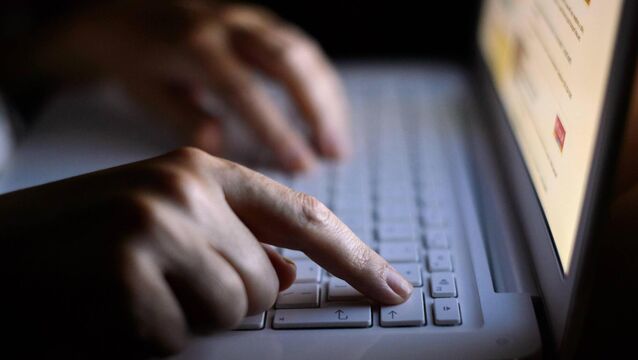 Call for cybersecurity funding boost as attacks on SMEs surge

'I've my son to think about': 25-year-old cancer patient speaks about treatment delay

Meabh Feerick brought scans home from Australia but, because of the cyberattack, hospitals here were unable to access them, delaying her treatment by months

Rise in cyberattacks on healthcare organisations

Expert says nearly half of all cybersecurity breaches were due to employee behaviour, most of which came down to clicking on an 'affected link' in an email

It's hoped staff will be able to access the NCCIS through their laptops, as normal, in the coming days

Popular video games have the potential to provide low-cost, easy access, effective and stigma-free support for some mental health issues

Letters to the Editor: Palestinians enduring an inhumane level of suffering

Call on the Irish Government, the EU and the UN to urgently exercise their legal and moral responsibility to safeguard the human rights of all the Palestinian people

Government has established a 'war room' in response to cyber attacks, Coveney says

HSE ransomware attack: Thousands of appointments to be cancelled into next week

Q&A: What is ransomware and why do cyber criminals use it?

Over 120,000 HSE staff to get cybersecurity training

In 2017, the HSE was one of many global systems attacked by hackers using the WannaCry ransomware.

Cybersecurity and remote working: One person's risk is another's opportunity

Covid-19 and home working have caused cybercrime to spiral, providing an easier route into corporate systems

John Daly: Firms need to wake up to cyberattack risks as more staff work from home

As a country, and especially in the light of Covid-19, we need to be more vigilant and prepared, says Hiscox Ireland MD Richard O'Dwyer

An American company that claims it is being blackmailed by hackers seeking $6m has secured an emergency High Court injunction aimed at removing confidential information posted about it on the internet.

Escalating cyber threats could mean a job bonanza for Ireland - if we build enough houses for tech workers to live in.

There is a growing shortage of cybersecurity workers in Ireland despite the country hosting a large slice of Europe’s data firms, experts have said.

Irish cybersecurity among the best in the world

Ireland is in the top 10 in the world when it comes to cybersecurity, a report by a tech consumer website has found.

Over 3,000 Luas users may have had records compromised in cyber attack

The Luas website has been hacked, with the tram operator being held to ransom for one Bitcoin.

‘We are trying to work out co-operation at all ends at a state level, the most serious threats to the state’

The transformation of the digital world will be in the spotlight in Washington DC next month when Irish firm, Smarttech247 brings its cybersecurity event to the heart of the US capital.

What Hollywood gets right and wrong about hacking

Technology is everywhere we look, so it’s no surprise that the films and TV we enjoy are similarly obsessed. That’s not to say they manage to get it right when it comes to portraying tech accurately however – and one of their worst areas is computer hacking.

Bank IT systems open to attacks

Creaking IT systems pose a serious threat to Irish banks, which could fold “like a house of cards” with a serious cyber-attack, a cybersecurity expert has warned.

The country's data watchdog has warned child and family agency Tusla about its poor record-keeping in the wake of a false sex abuse allegation being circulated about whistleblower Sergeant Maurice McCabe.

The body tasked with overseeing cybersecurity for the Government has issued a public warning that some websites are being used to illegally mine cryptocurrencies.

Cybersecurity: Sadly, there is a gap in the market

ONLY a fool or an adamant optimist would deny that the internet and associated technology brings us as many risks as rewards: It enables terrorists to communicate and recruit, paedophiles to lure victims, and hostile governments and so-called non-state groups &mdash; or just people with nothing better to do &mdash; to mess with democratic processes and attack industries in other countries.&nbsp;

French President Francois Hollande is calling for new security measures around the country's presidential race, notably to protect against hacking.

Software giant Microsoft will continue to invest over $1bn (&euro;937m) annually on cyber-security research and development in the coming years, a senior executive has said.

Almost three in five large businesses have increased cybersecurity spending because of the threat to their business, according to a major new global survey.

Two and a half quintillion bytes of data are generated around the world every day. In fact, 90% of the world&rsquo;s data has been created in the last two years alone.&nbsp;

Cybersecurity giant Symantec has acquired security solutions provider Blue Coat Systems for around $4.65bn (&euro;4.1bn) in cash, a deal that will add to its cyberdefence technology and fill a high-turnover chief executive position.

Fifty new jobs have been announced for Cork.