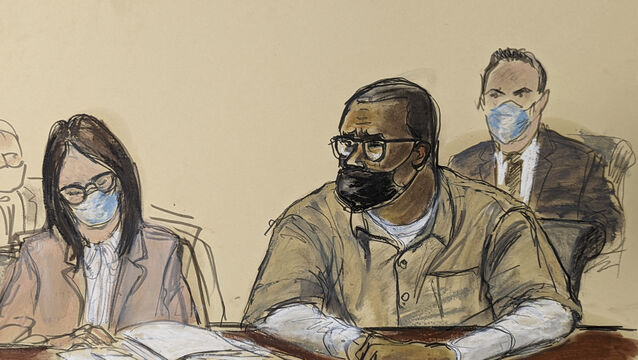 Victims have mixed feelings about 30-year sentence for R Kelly

R Kelly’s abuse victims were divided in their opinion of his sentence of 30 years, but said they were “grateful” that the R&B singer was “away and will stay away”. 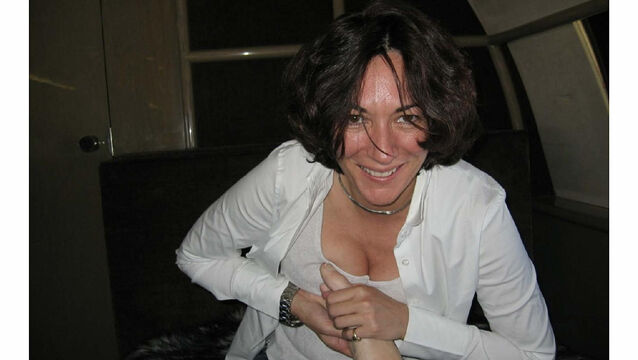 ‘She opened the door to hell’: Maxwell victims to speak out at sentencing

“To Ghislaine I say, you broke me in unfathomable ways. But what you didn’t break is my spirit, nor did you dampen my internal flame that now burns brighter than ever before.” 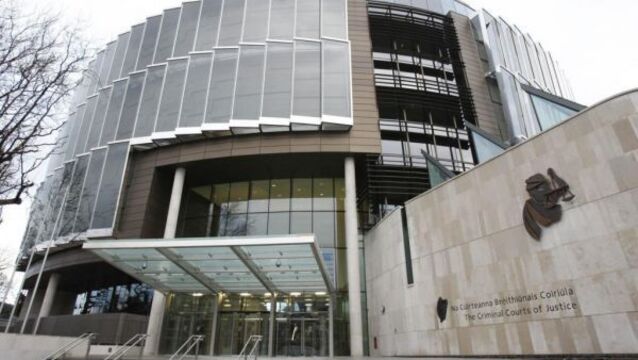 Michael Golden (73) of Crosspatrick, Killala, Co Mayo was convicted unanimously by a jury following a Central Criminal Court trial last month of seven courts of indecent assault, four counts of sexual assault and nine counts of oral rape against four children on dates between 1980 and 1997

The criminal justice system needs to be transformed into a victims' justice system with judges and lawyers grasping the "retraumatising" effect of the courts process.

As one of their final acts in office, First Minister Paul Givan and deputy First Minister Michelle O’Neill announced Ian Jeffers will take up the position for a four-year term from May 9.

'Life to me should mean never seeing him outside the prison gates': Campaigners call for parole process reform

Those serving a life sentence will now be eligible for parole after 12 years, rather than 7, but the changes have received a mixed response from campaigners

“Who wants to live in a country where they allow mass murderers to continue to have their liberty and never be prosecuted for killing innocents?”

Call to remember those killed outside prison walls during hunger strikes

A prominent victims campaigner has called for the remembrance of those who were killed during the period of the 1981 hunger strikes in Northern Ireland.

The Stormont Executive continues to press the UK Government to part-fund a scheme that could end up costing £1.2 billion over its lifetime

Stormont may have to look at revenue raising measures to help meet the cost of a payments scheme for Troubles victims, the Northern Ireland Finance Minister has said.

Stormont has already commissioned an expert panel to work with survivors to co-design a future probe. A full public inquiry is among the options available

Some 3,500 relatives of people killed during the Northern Ireland conflict have urged the Irish and British governments to fully investigate the decades of violence.

Victims of Northern Ireland’s Troubles are being used as pawns in a game of ping-pong between Stormont and Westminster, an advocacy group has said.

During the cross-Channel trip on board the Clementine, the group had desperately tried to raise the alarm, even calling the Vietnamese emergency number, as they ran out of air.

Victims of crime received €3. 6 million in payments through the state's compensation tribunal last year, including €600,000 paid to prison officers.

Northern Ireland Secretary Brandon Lewis is standing by his position that Stormont should pay for the victims payment scheme, a committee has heard.

The 13 women murdered by the Yorkshire Ripper

Injured victims of the Troubles potentially face another six-month wait before they can apply for a compensation scheme, the justice minister has said. It will be longer still before the first payments are made, MEP Naomi Long acknowledged.

Sinn Féin’s Martina Anderson has said a compensation scheme for injured Troubles victims in Northern Ireland is mainly for those who fought “Britain’s dirty war”.

A compensation scheme for those most seriously injured in Northern Ireland’s troubled past could cost up to £800 million, the Stormont Justice Minister has said.

The Justice Department will administer a compensation scheme in a major step forward for Northern Ireland’s worst injured Troubles victims.

Stormont’s deputy first minister has agreed to progress a compensation scheme for Troubles victims after a judge ruled that an ongoing delay was unlawful.

A judge has ruled that Stormont’s Executive Office is acting unlawfully in delaying the introduction of a compensation scheme for injured victims of the Northern Ireland Troubles.

Stormont leaders not thumbing their noses at law on victim payments, court told

Stormont’s leaders are not thumbing their nose at a law requiring them to set up a compensation scheme for victims, a court has heard.

A woman who lost both legs during a notorious Belfast bombing launches legal action later over compensation delays.

Anyone convicted of causing serious harm during the Troubles should not be eligible for victims’ compensation payments, new UK Government guidance states.

The Stormont parties have been challenged to “step up” over the delayed pension scheme for victims of the Troubles. British MPs passed legislation last year to establish the payment scheme for people injured in the Troubles.

Northern Ireland Victims Commissioner Judith Thompson will not be reappointed when her term in office ends next month. She has campaigned for payment of a pension to those most severely injured during the Troubles.

Rape being ‘decriminalised’ in UK due to lack of prosecutions, commissioner warns

Rape is effectively being decriminalised due to a “catastrophic decline in prosecutions”, the UK's Victims Commissioner has said.

Everyone who suffered abuse in a defective school system should now be paid the compensation they are entitled to under human rights law, writes Conor O’Mahony.

Groups working with people who have suffered child sexual abuse, sexual violence, or domestic abuse want gardaí to do better in keeping people informed about investigations and prosecutions.

A charity that offers support to the victims of crime when they attend court is expanding its services to districts in the east and south-east.

At least 20 people were killed after an air strike by the Saudi-led coalition hit a wedding party in northern Yemen, health officials said, as harrowing images of the bombing emerged on social media.

Psychological control within relationships set to become a crime

Psychological control within relationships is set to become a crime.

Sharp drop in satisfaction among victims with gardaí

Satisfaction among victims who report their crimes to garda&iacute; has dropped dramatically in the last year, from almost two-thirds&rsquo; satisfaction to just half.

A couple whose family was held at gunpoint by raiders who broke into their home has called for a reform of the justice system following their captors&rsquo; sentencing.

Charles Manson, the hippie cult leader who became the hypnotic-eyed face of evil across America after masterminding the gruesome murders of pregnant actress Sharon Tate and six others in Los Angeles during the summer of 1969, has died after nearly a half-century in prison.

Declaring it a "very, very sad day" for himself and the nation, President Donald Trump has arrived in Las Vegas where a gunman killed 59 people at a concert.

Latest: More victims named in the deadliest gun massacre in US history

Latest: Through tears and in heart-wrenching tributes, relatives and friends are remembering the dozens of people killed in the shooting massacre on the Las Vegas strip.

42% of the £18.8m raised to help Grenfell Tower victims handed out

Around 42% of the money raised to help those affected by the Grenfell Tower fire has now been handed out, the Charity Commission said.

A toddler has been identified as one of the latest victims of the Grenfell Tower fire.

Manchester attack: The victims and the missing

These are the names of those who died or are still missing after the Manchester bombing.

Trustworthy people in the church could accept and sensitively share secrets about where the IRA's "Disappeared" victims are buried, the head of Irish Catholicism said.

Here is what we know about the victims of the Westminster attack.

Victims of the Westminster terror attack are being treated in hospitals across the capital, though some who were admitted have now been discharged.