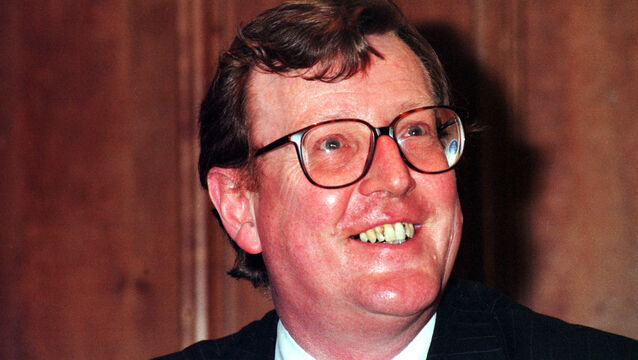 David Trimble and John Hume, who died in 2020, were the principal architects of the 1998 Good Friday Agreement 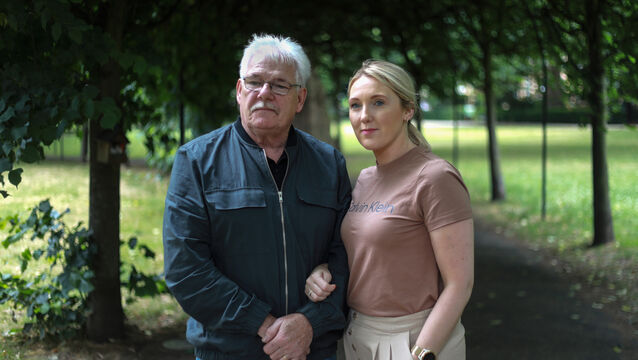 Maeve Higgins: American lens on The Troubles remains all too relevant today

State Papers: John Major conceded in 1992 that the IRA could not be defeated

'Our focus is the British government’s shameful amnesty proposals'

Mick Clifford: How far will Sinn Féin go in pursuit of unity?

A growing cohort now see the party as best equipped to tackle inequality in this state, but many are not so keen on their policies about a United Ireland

Pat Hume had long been involved in politics in Northern Ireland, having run the Social Democratic and Labour Party (SDLP)'s constituency office during her husband John's time as party leader

The document, signed by all the main parties in Belfast and Dublin, states that they reject the British Government’s proposals on dealing with the past, including amnesty for those accused of murder

North-South united in opposition to British amnesty plan for Troubles

Halt to Bloody Sunday prosecution to be delayed pending challenge

Simon Coveney: Statute of limitations on killings in the Troubles 'a huge mistake'

Those who committed murders and breaches of the law during the Troubles “must be accountable”, the Foreign Affairs Minister said

Many victims of the Troubles are vehemently opposed to any statute of limitations, which they characterise as an amnesty that will thwart their chances of justice

Reflective of the passage of time since the incident, the prosecution and defence have agreed a series of facts that neither side will dispute through the trial

Most victims of the Northern Ireland Troubles have been left “to stew in their own juice” it has been claimed at Westminster, amid accusations of “double standards” over the high-profile case of Pat Finucane.

The families of the victims of the Bloody Sunday shootings have expressed their disappointment at the decision of the Public Prosecution Services (PPS) - the principal prosecuting authority in Northern Ireland - not to prosecute 15 former British ...

Seán Haughey calls on Arms Trial documents to be declassified

Calls have been made to declassify all files relating to the Arms Trial after it was suggested in the Dáil that Sean Mac Stiofan, a member of the IRA army council was a Special Branch informer.

He was the greatest advocate for peace based on mutual respect this country had ever known, writes Fergus Finlay

PSNI set to resume legacy investigations and reviews next week

State Archives: Fears over Semtex falling into hands of subversives

The Government here asked the Czech authorities in the late 1980s to take steps to ensure that explosive material manufactured in Czechoslovakia did not fall into the hands of subversive groups, including the IRA.

Mary Lou McDonald refusing to be 'dragged into politics of condemnation'

The Sinn Féin President Mary Lou McDonald has said she does not want to get dragged into a row over the politics of condemnation.

Children of the Troubles: Loss of lives that had barely begun

‘Children of the Troubles’ recounts the largely untold story of the lost boys and girls of Northern Ireland, and those who died south of the border, in Britain and as far afield as West Germany, writes Dan Buckley.

Tragedy of the Troubles: Documentary a timely reminder of dark days in North

Lost Lives, a documentary showing at Cork Film Festival, is a timely reminder of the bad old days in the North, writes Richard Fitzpatrick

McDonald's have apologised for a sign that read "Sundae Bloody Sundae" in a Portugal chain.

Series to remind us of absurdity of violence

It is ironic but deeply valuable that the majority of the books and films, irrespective of source, dealing with the North’s Troubles have a common theme.

Payments to people injured during the Troubles 'should be tiered', commissioner says

Payments to those injured during the Troubles should be tiered depending on how badly hurt they are, the victims' commissioner said.

A week ago this morning, Ireland woke up to shocking news.

Sickening sense of déjà vu for those who lived through Troubles

My first summer job, at the age of 16, was as a shop girl in the Belfast branch of the fashion chain Wallis, writes Kate Thompson

The reaction to the incendiary remarks of the Northern Ireland secretary Karen Bradley who said that the killings by the British army and police during the Troubles were “not crimes” is extraordinarily naive. In 1999 the disbandment of the RUC, the B Specials and the UDR, along with most of the 175 changes recommended in the Patten Report on policing which brought about the new PSNI, were implemented.

Abuse files should be used to learn lessons

When, on Wednesday, Northern Ireland secretary Karen Bradley insisted that killings by the British army or police during the Troubles were “not crimes” she gave a perfect example of what happens when politicians are ill-informed and have no empathy with their brief. Despite her immediate apology, the blunder suggests she is hardly the person

Taoiseach Leo Varadkar and other politicians have refused to demand Britain's secretary of state for Northern Ireland Karen Bradley resignation over her "dignified" Troubles shootings claims, despite criticising the remarks.

Les Levine: The Troubles from a different perspective

Les Levine tells Richard Fitzpatrick why his pictures from the Troubles emphasise other aspects than a photojournalist would.

The car bomb attack in Derry on Saturday night sent a shudder right across this island far greater than the physical impact of the bomb.

UK defence chief 'uncomfortable' over prospect of any Troubles investigation

The head of the British armed forces has said he feels "uncomfortable" at the prospect of being investigated as part of the Troubles probe.

Detectives from An Garda Síochána have arrested a 66-year-old man in Donegal on suspicion of the murder of two Ulster Defence Regiment (UDR) soldiers in 1972 and on suspicion of aiding and abetting an explosion.

There has been outrage over potential legal action against soldiers for events linked to the Troubles.

A leader of Northern Ireland's civil rights movement in the 1960s, says Brexit and a hard border will damage human rights.

The brother of a republican prisoner who died on hunger strike has opened up about the bizarre events surrounding the commandeering of his brother’s body by the government en route to his funeral.