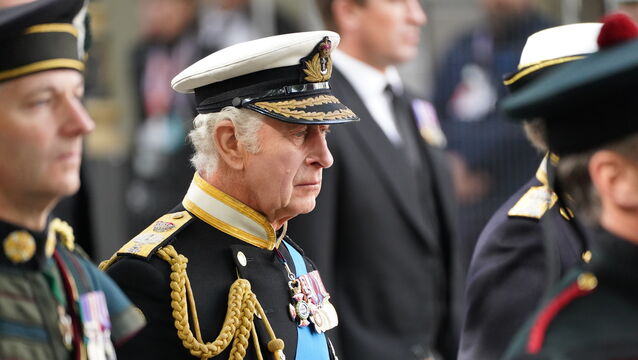 The Daily Mirror quotes a royal source as saying the new monarch’s coronation would be “shorter, smaller and less expensive” than the queen’s ceremony in 1953. 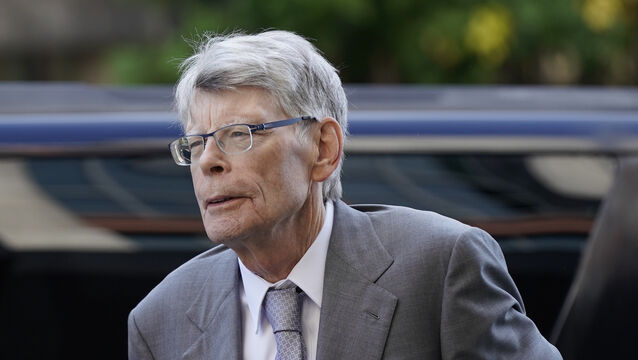 Stephen King has said he feels it is “easy to overestimate” the rise of fascism in America. 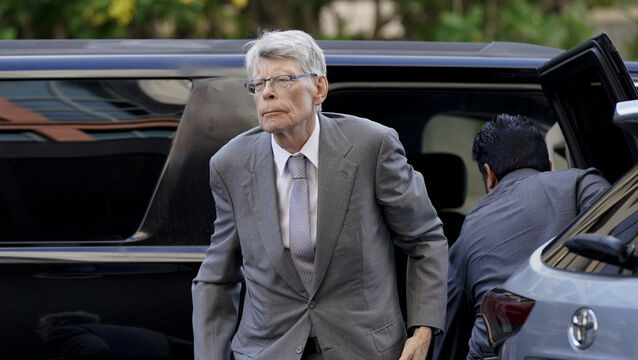 Stephen King gives evidence against own publisher in US merger case

US author Stephen King has given evidence against his own publisher at a competition trial over the proposed merger of two book giants.

Saudi Arabia’s octogenarian monarch has undergone medical tests and had the battery of his pacemaker changed, the state-run Saudi Press Agency reported on Wednesday.

Actress Joey King has announced she is engaged to film director Steven Piet. The star of Netflix hit The Kissing Booth, 22, said her boyfriend proposed on February 2, making her “the luckiest lady alive”.

Ian Alexander Jr, the only child of award-winning actor and director Regina King, has died aged 26. A statement from a King spokesman said: “Our family is devastated at the deepest level by the loss of Ian.

Good Morning Britain’s Ross King predicted his former co-star Piers Morgan will not be short of job offers now he has left the show. Morgan left ITV’s morning programme in March following the controversy over his comments about the Duchess of Sussex.

A group of budding young writers is about to publish a book with some help from Maine’s most famous author.

Mourners at the funeral of Larry King wore braces in tribute to the late talk show veteran, his widow said. King, who interviewed a who’s who of A-list stars during a glittering career, died on Saturday at the age of 87.

“The world knew Larry King as a great broadcaster and interviewer, but to us he was ‘dad’."

Larry King has been remembered as “a giant of broadcasting” and “a masterful TV interviewer”, whose name is “synonymous with CNN”.

American talk show host Larry King has died at the age of 87, Ora Media said in a statement tweeted from his account.

Tom King, 25, took advantage of the blustery conditions at the Jonny-Rocks Stadium

Regina King has said she does not think British actors should be prevented from playing American characters.

Norway’s 83-year-old king has undergone an operation to replace a heart valve at the main hospital in Oslo. The royal palace said the surgery was successful and his condition was described as good.

Norway’s 83-year-old King Harald V has been admitted to the main hospital in Oslo with breathing difficulties, the Norwegian palace has said. It added he has tested negative for coronavirus.

Thailand’s king has reconciled with his royal consort, whom he stripped of her titles last year after accusing her of seeking to undermine his official wife, the country’s queen.

Saudi Arabia’s King Salman has undergone a successful operation to remove his gallbladder, the kingdom has said, just days after being admitted to the hospital over an inflammation of the organ.

Thailand began its first day in 70 years without a king on Friday in a profound state of mourning, as the crown prince asked for more time before ascending the throne following the death of his father and the world's longest-reigning monarch, Bhumibol Adulyadej.

Golfing legend Arnold Palmer, who brought a country club sport to the masses with a hard-charging style, charisma and a commoner's touch, has died at 87.

Spain’s King Felipe VI has stripped his sister Princess Cristina of her title as Duchess of Palma de Mallorca in the latest move to distance the royal family from the princess as she awaits trial for tax fraud.

Did we all know Ireland is overthrowing a king today?

King James II was the last Catholic monarch - and he died over 300 years ago.

King believes more U21 players will follow Lenihan into seniors

Ireland U21 boss Noel King insists more gems from his squad that faces Norway in tonight&rsquo;s friendly in Drammen (6pm, Irish time) will follow Brian Lenihan into the senior fold.