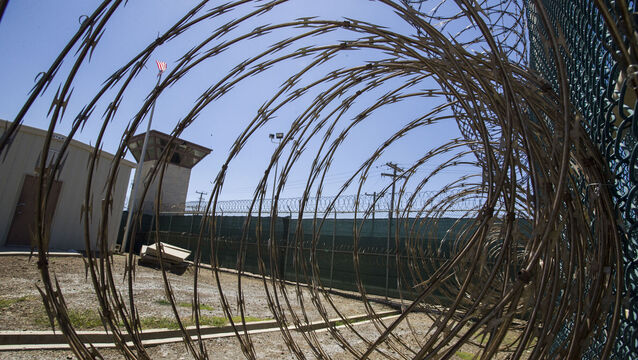 In the 20 years of Gitmo’s existence, only 12 detainees have been charged and only two have been convicted by military commissions Counsel said that with some material "when you go to download it, it gives you a time measured in hours but it never actually finishes - it cuts out" 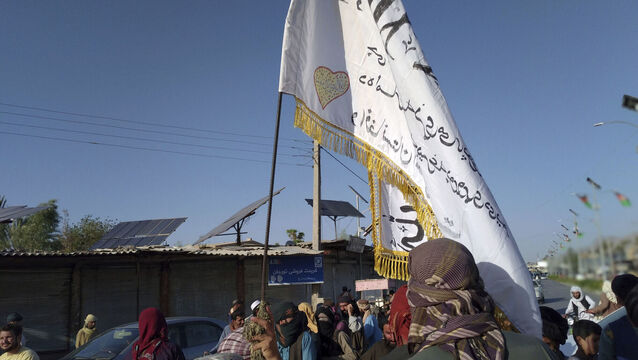 'Please pray for me’: Female reporter being hunted by the Taliban tells her story

Sinn Féin has been urged to support the retention of the court, which hears cases related to terrorism and organised crime.

Albanian arrested over supply of arms to Nice truck attacker

A 28-year-old Albanian wanted in connection with a 2016 terrorism attack in Nice which killed 86 people has been arrested in southern Italy.

The Department of Homeland Security (DHS) has issued a national terrorism bulletin warning of the potential for violence from people motivated by anti-government sentiment after President Joe Biden’s election.

The Mick Clifford Podcast: Natasha Dromey - The Right on the rise

Right-wing extremism is growing in Ireland, according to the annual report from the EU crime agency, Europol

Teenagers as young as 13 are starting to talk about committing terror attacks, the UK’s head of counter-terrorism policing has warned.

Authorities have been criticised after an independent reviewer of terrorism legislation found gaps in the monitoring of people convicted of terror-related offences in England and Wales.

A 10th person has been charged with terrorism offences as part of a police crackdown on dissident republican group the New IRA.

Police have seized an improvised “heavy-duty” weapon in a park in Northern Ireland. The partially-constructed device was discovered during planned searches targeting dissident republicanism, detectives said.

In total, 10 people have been arrested as part of Operation Arbacia, a major PSNI investigation into the New IRA

Both are due to appear at Laganside Court via video link on Saturday morning.

Rogue states must be monitored, but the bigger fear is atomic terrorism. A handful of plutonium could kill many thousands

The 38-year-old former Irish Defence Forces member also intends to challenge a decision by the Director of Public Prosecutions (DPP) that her trial will be in the non-jury Special Criminal Court, a judge was told today.

Ireland is among a number of European countries caught up in a worldwide “wave” of right-wing extremism, the EU police agency has said.

Spanish police have arrested a Moroccan man suspected of planning a terror attack in the name of so-called Islamic State during Spain’s coronavirus crisis.

The bizarre story of two US women who came to Ireland on a terror mission has been brought to screen by an Irish director, writes Esther McCarthy.

Lisa Smith has had her period of detention extended to a third day.

The Taoiseach Leo Varadkar will join world leaders in Paris to discuss how to tackle the organisation and promotion of terrorism via online platforms.

Where was Baghdadi hiding? Spooks’ spoof?

The re-emergence of fugitive Islamic State leader Abu Bakr al-Baghdadi for the first time in five years, is not an occasion for celebration.

An Australian senator has been censured by his colleagues for seeking to blame the victims of last month's mosque shootings and vilify Muslims.

A new student group is organising an event at Dublin’s Spire this Saturday to highlight Islamophobia and far-right extremism in the wake of the terror attacks in New Zealand.

A man accused of sharing video of the mosque attacks in New Zealand has been remanded in custody.

The deadly attack on two mosques in Christchurch, New Zealand, in which 50 people were killed and many others critically injured, was streamed live on Facebook by the man accused of carrying it out, writes Bertie Vidgen.

When lives are tragically cut short, it is generally easier to explain the “how” than the “why”, writes Greg Barton.

Islamic State returners: Are they victims or criminals?

The vast dystopian caliphate created by Islamic State is over, but among the moral challenges it leaves for Western governments is the quandary of what, if anything, to do with those of its citizens who travelled to Syria and Iraq as jihadi brides and so-called IS fighters — so-called because these young men were not fighters in the normal military sense of the word; they were terrorists, participating zealously in a regime of unrestrained cruelty.

Garda Commissioner Drew Harris has requested a business case for increased staffing at specialist crime bureaus, including a unit tasked with combating the financing of terrorism.

Ireland is ranked nine out of 31 European countries in an international 'index' assessing the impact of terrorism on countries.

The legal system in Ireland, north and south, is operating a “permanent emergency” and people don’t even notice anymore that exceptional powers have become the norm, according to the UN’s counter-terrorism expert.

Three men allegedly inspired by the Islamic State group have been charged with planning a mass-casualty attack in Melbourne, Australia, police said.

Watch: Commanders from 17 countries gather in Ireland for course on combating terrorism

Military and police commanders from 17 countries gathered for a course led by the Irish Defence Forces in how to respond to terrorist attacks.

The warning from the UK’s Home Office that Britain faces a severe threat from Islamist terrorism for at least another two years — and that the threat could grow — seems particularly relevant as Brexit negotiations reach what might be called the end of the beginning.

It’s just over a year since suicide bomber Salman Ramadan Abedi, a 22-year-old local man, murdered 23 people at an Ariana Grande concert in the Manchester Arena.

Justice minister says there is a 'substantial threat' from terrorist activity

There remains a substantial threat to Ireland from terrorist activity, according to the Justice Minister.

Three people have been arrested on suspicion of preparing "an act of terror" in Sweden.

Counter-terror officers have arrested a 55-year-old man at Gatwick Airport.

Police have arrested two men on suspicion of planning acts of terror.

Suspect from 2015 Paris attacks speaks to judge for first time

The only surviving member of the Islamic State cell that attacked Paris in November 2015 has agreed for the first time to answer a judge's questions about the attacks.

'He wasn't my dad anymore,' says victim's daughter at event marking Day of Remembrance for Victims of Terrorism

The daughter of a man left severely brain damaged in the IRA Docklands bombing choked back tears as she described how the explosion "ruined" her family.

Hundreds of new protective barriers will be permanently installed in Times Square and other locations around New York in an effort to block vehicles from hitting pedestrians after deadly attacks last year on crowds.