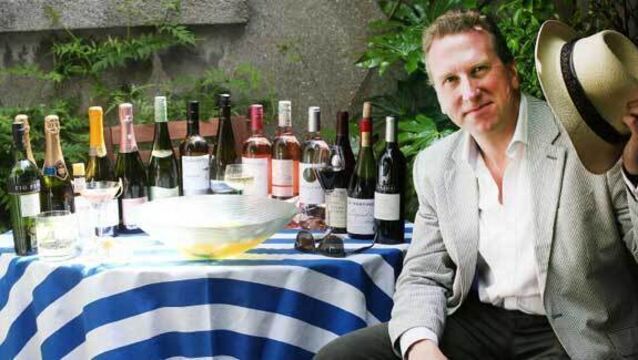 Wine with Leslie: A wine with a lot to shout about

It is rare that a wine captures the public imagination and achieves cult status, like a handbag or a pair of trainers. Cloudy Bay did it and it was on such strict allocation in the 1990s that off-licences were lucky to receive 12 bottles per year. 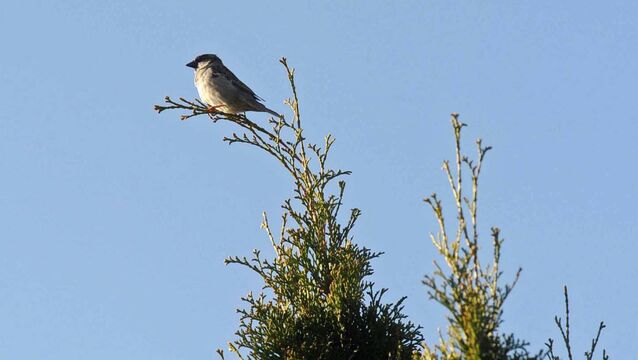 Denis Summers-Smith, the sparrow expert, died on the 5th of May last at the age of 99. 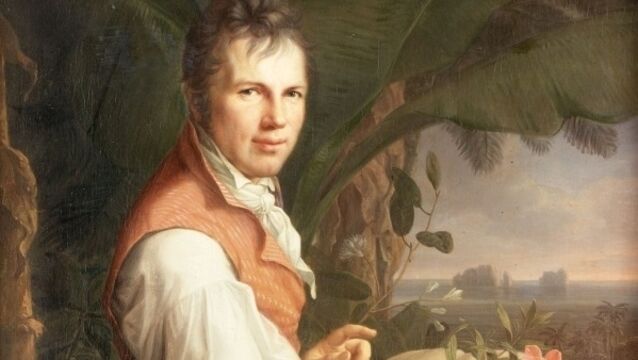 This year, Berlin celebrates the life of a distinguished son; Alexander von Humboldt, who was born in the city 250 years ago.

Richest in Britain got €25bn richer since the Brexit vote

Swallows are back and Trump is on the way

GameTech: A Plague Tale Innocence is a game that impresses

Out of left field: How most of the world came to drive on the right

It’s true today only about 35% of the world drives on the left. But, says Robert Hume, once practically everyone kept to that side of the road

The eight-bedroom Maryland House, near Crosshaven, has a games wing and swimming pool. It was once a hotel, says Tommy Barker

A selection of some of the best wines stocked by Whelehans Wines and I would urge you to visit and have a chat with David, Martina or Gavin.

Tracing the origins of the turkey

During excavations at Paul St in central Exeter in 1983, archaeologists found the leg and wingbones of a large bird.

Why not try the taste of tradition this Christmas

With more and more people becoming interested in the origins of our food, Christmas is the perfect time to learn from the past, writes food historian&nbsp;Regina Sexton.

Wines of the Week

I wrote last week about the need for a reduction in our excise duty on wine which is by far the highest in the EU and I don&rsquo;t want to labour the point but do please mention it to your TD if you get the chance as budget day is looming.&nbsp;

Meet the man behind The Brendan Voyage

Forty years ago, Tim Severin sailed across the Atlantic in a leather boat using only a medieval text as his guide. Donal O&rsquo;Keeffe&nbsp;met the man behind The Brendan Voyage.

Geoff Power reports on his journey through the lesser travelled region of Extremadura in western Spain.

6 Pinot wines for you to try out for the weekend

This week I was going to talk about New Zealand but I want to do some more research in finding some wines to recommend in the under &euro;15 category.

The genius innovator behind the Ford empire [video]

John Dolan provides an insight into the brilliance of Henry Ford, whose confidence in his ability and approach to business made him one of the world&rsquo;s wealthiest men.

Ireland was without large birds of prey for over a century and their return has caused surprises, writes&nbsp;Dick Warner

Your guide to European wine at any budget

It may not be as apparent to consumers in Europe but the world of wine has undergone quite a bit of change in the past two decades, writes Leslie Williams. Here he guides you through his picks for the best wines Europe has to off at a range of price points.

Donald Trump threatens to repeat US errors on world stage

US domestic and economic policy are likely to change utterly now Donald Trump is in power, but his foreign policy remains a mystery, writes TP O&rsquo;Mahony.

This week I want to return to the idea of ageing wines at home and suggest some wine styles you might not think of as age-worthy.

Taking advantage of new direct flights Sean O&rsquo;Riordan headed to the Atlantic coast of France and enjoyed the beautiful La Rochelle and its scenic surrounds.

Fantastic Beasts and Where to Find Them is out in November, 2016 - and we&#39;ve got a lot to learn about this new take on the Harry Potter universe.

Book review: In The Heart of the Sea

POPULATED with heroism, survival and cannibalism, this true maritime yarn will surely appeal to anyone with a yen to expand their seafaring insights.&nbsp;

Does it take a starman to remind us of our place on planet Earth?

David Bowie&rsquo;s Major Tom is an average&nbsp;geezer who loves his wife, a fragile&nbsp;human being in the hands of commercial&nbsp;forces he doesn&rsquo;t understand, writes Victoria White

Wine: Bargains to watch out for this September

The September French wine sales keep on coming and there are genuine bargains to be had if you keep your wits about you over the next few weeks.

The dominance of New World wines in the Irish market has led many consumers to focus on particular grape varieties so this week I&rsquo;m encouraging you to look at blends.

It&rsquo;s an escape route as old and worn as prizefighting itself. Over 300 years of identical journeys to the one Carl Frampton has taken, seeking a new life in the New World.

Check out our tips for the best of tonight's TV.

Kya de Longchamps explains why it really is a bright idea to give your home a creative lift with the dark gem that is Georgian mahogany.

Choose from these French wine’s for your Valentines meal

This column tends to mention French wines quite often but I can be forgiven this week, given the day that is in it &mdash; l&rsquo;amour and all that.

Trying to get a taste of Thanksgiving in Ireland

I WILL wake up tomorrow morning as if it is any Thursday.&nbsp;

A grisly tale of cannibalism at sea

The true story of an Irish cabin boy eaten by his shipmates is now a play, writes Colette Sheridan

The humble spud has a long list of healthy,&nbsp;nutritious properties

Fiann &Oacute; Nuall&aacute;in is on a campaign to reassert the high nutritional value of one of the world&rsquo;s top five super foods &mdash; the humble potato.

Religion must be a continuing source of scandal to non-believers and believers alike when they see the atrocities committed by one group against another claiming the blessings of God.

Blood on the tracks: Were 50 Irish immigrants murdered in Philadelphia in 1832?

More than 50 Irish immigrants may have been murdered in 1832 in Philadelphia. Bette Browne reports on the excavation of a mass grave to find out what happened in the forgotten massacre

THE rain lies like a soft gauze curtain across the view of the terraced mountains and the white houses of the island of La Palma, westernmost of the Canary Islands.

EVERY WEEK seems to bring news of yet another Bordeaux Chateau being sold to a Chinese conglomerate or insurance company so it is comforting to know that there are still some family operated wine producers that are thriving.

Richard Fitzpatrick picks his top summer reads — don’t go to the beach without one of these in your bag.

ALTHOUGH increasing numbers of us buy our wine at the supermarkets, this week I want to encourage you to remember the independent wine shops who can often provide more variety and unusual styles.

Valentia Island has strong merit for consideration as a World Heritage Site, according to Al Gillespie from the University of Waikato in New Zealand.

Descendants of cable visionaries to meet at site

Direct descendants of the men whose vision helped bring the transatlantic cable to Valentia Island, Co Kerry, in 1866 will meet for the first time this weekend on the Co Kerry site of the historic achievement.

GALLERY: When the Obamas went to Moneygall

With the news that Michelle Obama is heading for these parts when Barack attends a G8 summit in the north next month, rumours are inevitably abound that the First Lady will return to Moneygall with the couple’s two daughters in tow.

Pope Francis officially began his papacy as the 266th pontiff today in an installation Mass simplified to suit his style, but still grand enough to draw princes, presidents, rabbis, muftis and thousands of ordinary people to St Peter’s Square to witness the inauguration of the first Pope from the New World.

Pope Francis paid a heartfelt tribute to his predecessor Benedict XVI, saying his faith and teaching had “enriched and invigorated” the Catholic Church and would remain its spiritual patrimony forever.

Pope Francis has paid a heartfelt tribute to his predecessor Benedict XVI, saying his faith and teaching had “enriched and invigorated” the Catholic Church.

The new shepherd of the world’s 1.2 billion Catholics picked up his luggage at a Vatican hotel, thanked each member of the staff and even paid his own bill.

The Catholic Church’s surprising new leader from “the end of the earth” will celebrate his first Mass as pope today.