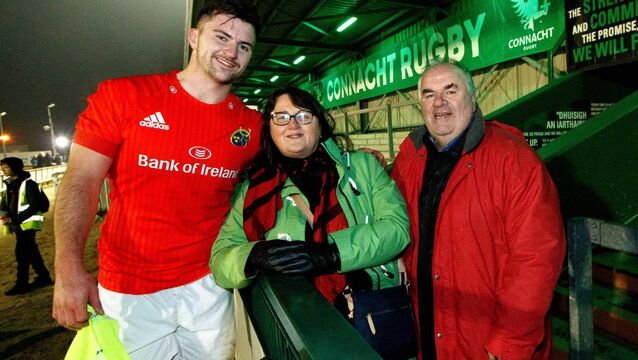 Munster has announced its academy make-up for next season. 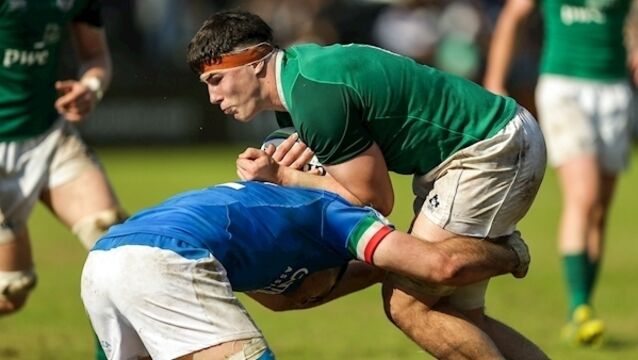 David McCann will captain the Ireland Under-20s as part of a 37-man Six Nations squad dominated by Leinster players. 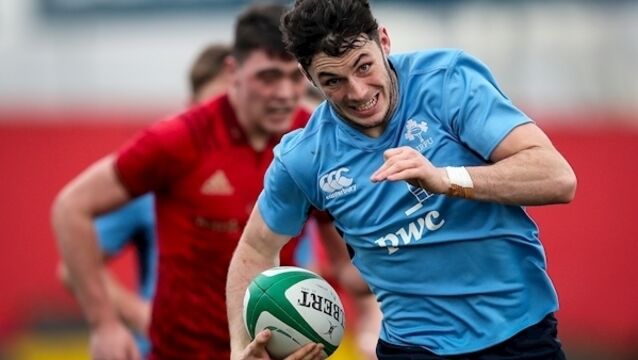 The result was never going to be the primary indicator of the worth of this pre-season workout, but in running in six tries and building important momentum, there was a lot to like about the performance from Noel McNamara’s Ireland Under-20s.

Two U20 Six Nations winners among those added to Munster Academy

An Easter auction at Ballea Castle

Esther N McCarthy has a distinctively Buy Irish theme in her picks this week.

Wicklow left with heads in hands

Wicklow 1-14 Louth 1-19: If a Championship exists within the Championship, where weaker counties strive to stem the tide of continual defeat for just one day, Wicklow almost won their All-Ireland yesterday.

After a difficult day at the coalface of Championship football, Louth manager Colin Kelly managed to mine several nuggets of positivity.

The highs and Lowe of Sigerson Cup glory for DCU

DCU 1-14 UCC 2-10 (AET): Not for one minute had Tadgh Lowe stood between the posts in either the Higher Education league or O&rsquo;Byrne Cup.

Two bodies have been found in the search for two men missing for over a month.

A man was being questioned last night in connection with a shocking carjacking in which a woman suffered serious injuries.

Men may have met abductors at lake

Gardaí are investigating the possibility that missing men Anthony Keegan and Eoin O’Connor met abductors at a lake in Westmeath before being driven away in another vehicle.

Kanturk won the big game in Division 1 of the Munster Junior League to move into second place, two points behind leaders St. Mary’s, after their 34-15 away win over Clonmel.

Keel turn on power to see off Pat’s

Keel, making light of the loss of star forward Kieran Foley to injury, made no mistake at the second time of asking at Fitzgerald Stadium on Saturday evening when defeating St Pat’s in their Kerry JFC semi-final replay (2-14 to 1-10).

Esther N McCarthy continues her trawl for interior treasures. This week she discovers sewing is a mug’s game, that stools are worth standing up for and also hooks an invite to a vintage tea party.

There were new Club Senior Football champions crowned in a number of counties today, with Errigal Ciaran ending their six-year wait for another Tyrone title.

They are hot favourites with the bookmakers, have won their last two championship games by margins of 23 points and 15 points, and the county has won two of the last three provincial titles in this grade.

This was a strange encounter at Pearse Stadium yesterday.

THE GAA’s showpiece games were the most-watched sports programmes on television last year.

Boyle bags winner as Portlaoise scrape over the line

APPEARING in their first Leinster Club SFC tie since a 2007 drubbing at the hands of the same opponents, Louth champions St. Patrick’s provided much stiffer opposition this time and only a point in the last minute of extra-time from Portlaoise defender Conor Boyle spared the hosts’ blushes.

NEWCESTOWN will continue to fulfil a dual mandate in the Cork county championships after success in a gripping Premier IHC quarter-final in Páirc Uí Chaoimh yesterday afternoon.

THIS was a contest to forget at Donoughmore on Saturday, Blarney and Mallow failing to ignite.

THIS year’s Munster Junior Cup final promises to be an exciting affair as specialists Cork Constitution will aim to put a dent in the trophy-laden season of Cashel. The Tipp side hope for a clean sweep, and Con will need to put in a big performance to win at Musgrave Park on Easter Sunday at 2.30pm.

A Dublin man who punched a garda’s teeth loose while they were playing on rival football teams has been jailed for 18 months.

NEWTOWN SCHOOL put two years of heartbreak behind them at windy Clonmel yesterday when they ended Midleton’s three-year reign as Mungret Cup champions with a deserved triumph in an absorbing decider.

GALWAY’S golfers are all set to atone for the defeat of their hurlers by Cork in Sunday’s All-Ireland final following a fruitful opening day in the Bulmers inter-club festival at Rosslare.

GALWAY GOLF CLUB go in search of a rare treble at Rosslare this week when they contest the finals of the Bulmers Irish Senior and Junior Cups and Barton Shield.