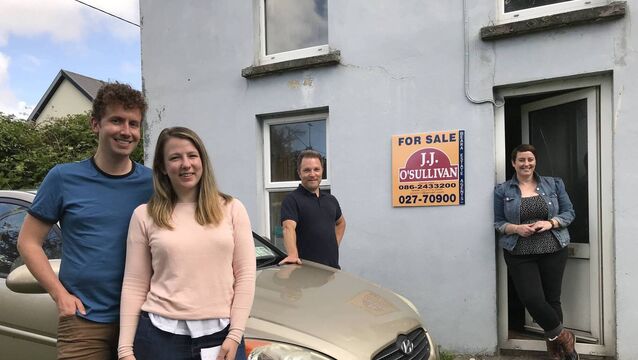 Thursday TV Tips: A house in remote West Cork, or a Mallow house untouched for 100 years?

Cork designer Paul MacSpecial's headpieces feature on Glow Up Ireland; and Mark Bonnar is back as Max McCall in season 2 of Guilt 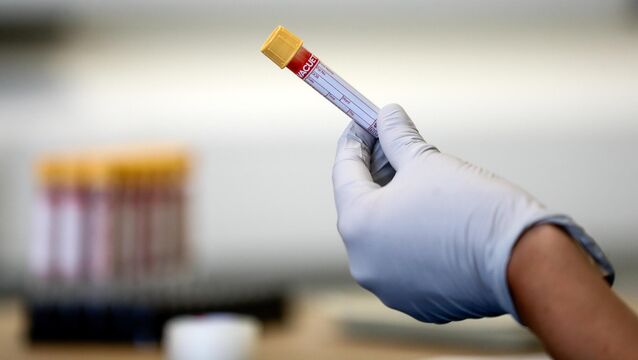 The total number of cases confirmed in the North since the outbreak began now stands at 16,187. 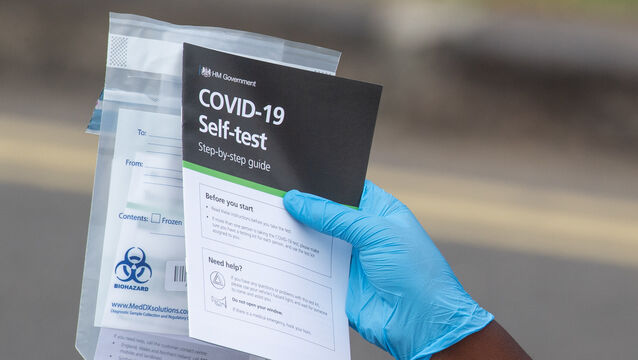 Derry and Strabane report 139 positive cases of the disease alone

Gardaí turn back holiday-makers in major operation at border

Two men have been arrested by police investigating the discovery of an improvised mortar bomb in Northern Ireland.

'One eye is on Tokyo': Ann-Marie McGlynn enjoying second coming

“Everything does happen for a reason,” says Ann-Marie McGlynn, and when you trace the path of the 39-year-old’s career, it’s hard to disagree.

The Garda's security chief talks to Cormac O'Keeffe about dissidents, Brexit and the jihadist threat.

Homes in Derry have been evacuated after a suspicious object was found during searches.

Homes in the Church View area of Strabane were evacuated for a time as it was examined.

A number of homes have been evacuated following a security alert in Co Tyrone.

No-deal Brexit may provoke further attacks along the border

Though nobody has claimed the weekend bomb attack on the North’s police, it has all the hallmarks of republicans, says Dieter Reinisch.

Gardaí have teamed up with the PSNI in an operation aimed at tackling fish poaching in Strabane.

Man, 32, arrested on suspicion of membership of proscribed organisation

A 32-year-old man has been arrested on suspicion of membership of a proscribed organisation.

Dissident republican threat: They haven’t gone away, you know

The PSNI as well as firefighters and the ambulance service sealed off the scene close to a courthouse on Bishop Street in the city.

US family died on way to funeral as driver attempted a U-turn, Wexford inquest hears

An inquest has heard how four members of a family died while attempting to do a u-turn on a busy national road.

Ulster secretary Brian McAvoy admits the recent spate of brawls at county matches in the province is “disturbing”.

It’s not just Red Hands who must clean up act

The injuries sustained by Sean Cavanagh on Saturday were no laughing matter but the timing of the incident in Moy&rsquo;s senior championship game against Edendork would leave critics of Tyrone football with a wry smile.

Latest: A woman who was attacked with a drill in the North remains in a critical but stable condition in hospital tonight.

Armagh&rsquo;s Jim McCorry claims the county is being &ldquo;hung, drawn, and quartered&rdquo; over their decision to have a warm-weather training camp in Portugal.

Mickey Harte believes Dublin could be more vulnerable this year than they have been for a long time and he questions whether they will have the hunger to go deep and long into the summer.

Three men arrested after the discovery of a viable explosive device in Co Tyrone have been released.

A disabled Northern Irish man says he no longer feels safe in his own home after two men broke in, wrecked his home, tied him to a chair and set his trousers on fire.

The Tricolour has been banned from the official St Patrick's Day celebrations in Strabane in Co Tyrone.

€700 canine cardigan shows hair of the dog a good cure

Police in the North are investigating a shop fire in Co Tyrone.

The Charleton tribunal has heard details of threats made against the life of whistleblower Garda Keith Harrison in October 2013.

A Sinn Féin mayor has refused to meet the Prince of Wales on his visit to Derry today.

Police in the North are investigating a possible paramilitary link to the abduction of a 22-year-old man in Strabane on Thursday night.

Man injured in 'vicious assault' after abduction in Tyrone

Police are investigating a possible paramilitary link to the abduction of a 22-year-old man in Strabane, west Tyrone, on Thursday night.

Seven men awarded up to €9.5k over traffic accident

Seven men have been awarded sums of between &euro;5,050 and &euro;9,550 over a traffic accident after the High Court rejected a car-hire company&rsquo;s claim the collision was a setup.

The leader of a group which commemorates fallen IRA men has denied in the High Court he was involved in an "arranged road traffic accident."

Police in the North have arrested five men following a search and arrest operation.

Good causes keep 33,000 women on their toes in Mini Marathon

It is said politics shouldn&rsquo;t mix with sport but it certainly put a purposeful pep in the step of many of the participants in the VHI Women&rsquo;s Mini Marathon as thousands ran to raise funds and awareness for neglected and struggling causes.

The VHI Women’s Mini Marathon has been won by Ann-Marie McGlynn from Strabane, County Tyrone.

Man due in court charged with causing death by dangerous driving

The man is also charged with having no driving licence and using a motor vehicle without insurance.

Martin McGuinness: The politics of pragmatism

Police officers in the North have been targeted in an explosive attack.

A photo of a squalid shipping container where a kidnapped cattle dealer was held hostage as a criminal gang demanded a €400,000 ransom has been revealed by police in the North.

Police in the North have been called to a school in Co. Tyrone to deal with an "altercation" involving teachers and pupils.

To use a metaphor rooted in one of the passions people on both sides of the Irish Sea share with an equal but competing zeal — the fence akin to the Grand National’s Becher’s Brook has been, in terms of the divorce negotiations between Britain and the European Union, navigated successfully at the first time of asking.

Police in the North are fighting more than 100 organised crime gangs, MLAs have heard.

The directors of one of the best-known sporting brands here, O&rsquo;Neills, have warned that Brexit and its associated uncertainty is a considerable risk to the company&rsquo;s outlook.

A suspect in a boxing weigh-in murder stayed at the Dublin hotel where the shooting happened the night before, court documents alleged.