WHO chief warns against talk of ‘endgame’ in pandemic

WHO says Covid should not be treated like the flu 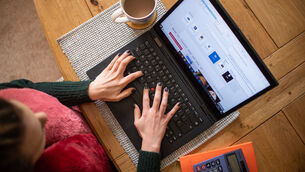