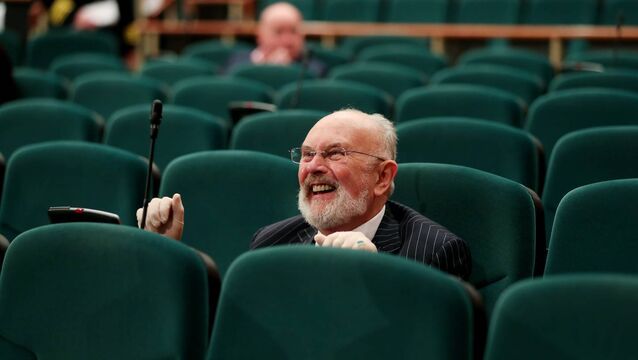 The longest serving member of the Seanad has hit out at its lack of racial diversity. 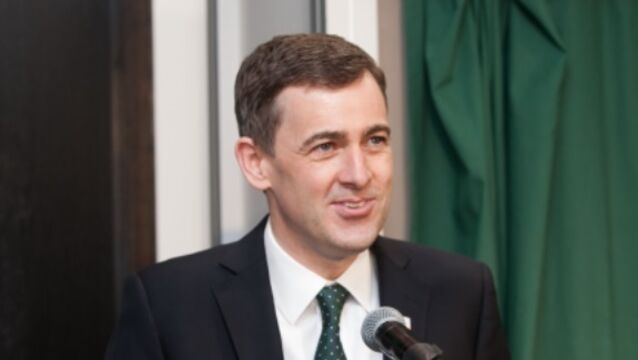 The Kerryman succeeds his constituency neighbour Denis O'Donovan in the chair of the upper house, having won an internal vote of senators in the party. He beat Mr O'Donovan and Diarmuid Wilson. 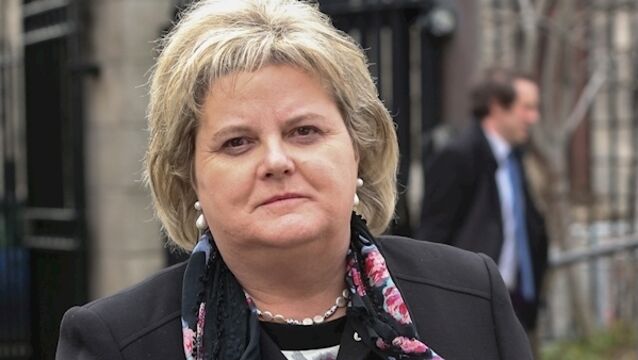 Some of the country's top public officials have warned the Angela Kerins judgement could cost the taxpayer “millions of euro” in damages.

Seanad to adjourn for a week after electing a Cathaoirleach

The long-awaited banking inquiry has been delayed because of a disagreement over which Senators get to take part.

Final tally figures for Cork North West reveal that, compared with 2007, the Fianna Fáil vote is down by 28.1%.

Lawyers acting for Senator Ivor Callely have rejected claims by a Seanad Committee that the courts do not have the jurisdiction to hear his action.

A Seanad Committee's finding that Senator Ivor Callely misrepresented his normal place of residence in order to claim expenses was "a political judgment" against the senator by his peers, the High Court heard today.

Senator Ivor Callely's legal action aimed at quashing a Senaid committee's finding that he misrepresented his normal place of residence in order to claim expenses will begin before the High Court on Tuesday.

Senator Ivor Callely's High Court action aimed at quashing a a finding that he misrepresented his normal place of residence in order to claim expenses has been adjourned to October.

Fianna Fáil has picked up four more Seanad seats this morning in the industrial and commercial panel.

Bertie Ahern will make history on June 14 when the Dáil reconvenes if he is, as expected, elected Taoiseach for a third term.

The Taoiseach, Bertie Ahern, is expected to announce a new Minister of State this afternoon to replace Síle de Valera.

The parliamentary body investigating former judge Brian Curtin tonight denied claims that he was allowed to cheat the system.

A date has been fixed for the Oireachtas committee investigation into alleged misconduct by judge Brian Curtin.

DISGRACED judge Brian Curtin has asked that the taxpayer foot the estimated €500,000 legal bill to cover the cost of his bid to prevent an Oireachtas Committee from investigating child pornography allegations against him.

The chairman of the Oireachtas committee set up to investigate alleged misbehaviour by Circuit Court Judge Brian Curtin has welcomed the Supreme Court's rejection of his challenge to the inquiry.

MINISTER Noel Dempsey yesterday strongly stood over his refusal to allow controversial new fisheries legislation to include administrative as well as criminal sanctions.

Fisheries committee to ask for review of Attorney General’s advice

A BACKBENCH committee will today ask the Government to revisit legal advice it received from the Attorney General (AG) on controversial new fisheries legislation.

PROMINENT gay rights campaigner Senator David Norris last night criticised proposals for civil unions that will require those in same-sex relationships to register with the State in order to have the same rights as marriage-based families.

Politicians take tour to learn about China style of justice

FIVE members of an Oireachtas committee have travelled to China for a 10-day trip that includes visits to many of the country's tourist attraction.

COULD there be a connection between the increase in the incidence of suicide and our deliverance from “superstition?”

THREE medical consultants who have treated Judge Brian Curtin have been directed to appear before the committee collecting evidence relating to the Circuit Court judge's alleged possession of child pornography.

Curtin asked to hand over evidence

JUDGE Brian Curtin will be asked today to hand over evidence to the Oireachtas committee investigating his impeachment.

Curtin will be forced to testify, vows Ahern

COMPULSORY purchase order (CPO) laws must be brought in to fast-track projects such as motorways and stop objectors holding them up for years in the courts, costing taxpayers millions, urges a Government report.

THERE is no constitutional obstacle to controlling the price of land for housing, an Oireachtas committee will reveal later this month.

HIGH taxes must be imposed on developers who hoard land or who make vast profits on the back of rezoning decisions, if house price increases are to be curbed.

To Bantry Bay from Co Down

A MARE of the Co Down was a hit on the banks of Bantry Bay last Sunday, when Desmond Gibson from Dromara won the 2,000 Murnane and O’Shea three year old filly championship, contested by the winners of 23 qualifier shows.

The Government is seeking submissions from the public in relation to property rights.

Dáil group heads to US to learn of cheap internet rates

A DÁIL delegation is heading to the United States this weekend to examine how we can slash our internet costs and provide consumers access for 30 a month.

Our political animals are a breed apart – here’s why