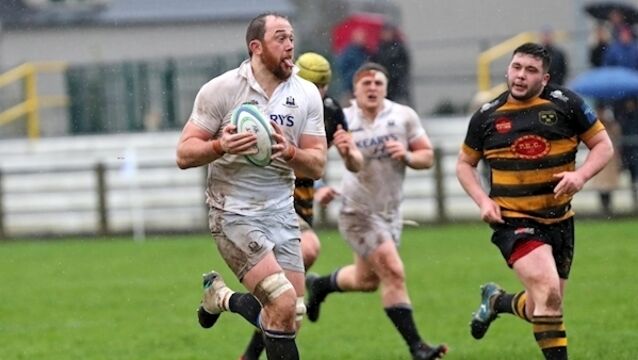 Season over but cost of shutdown mounts for AIL clubs

When the IRFU pulled the shutters down on the AIL season last month it preserved a league pyramid with Cork Constitution at its tip and Midleton, half an hour’s drive and at the same time a world away, marooned at its base. 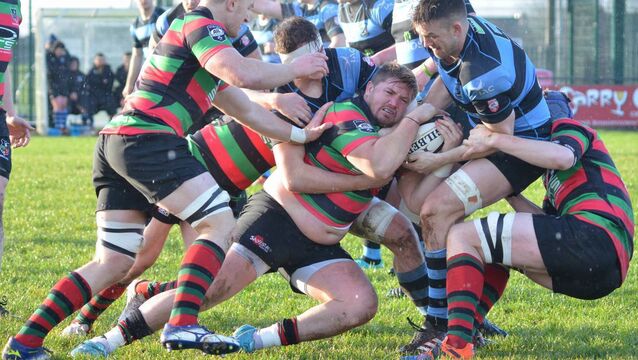 With 14 rounds in the books and only four remaining, you could forgive some Energia All Ireland League clubs for feeling aggrieved when the IRFU brought the seasons to an immediate end last Thursday. 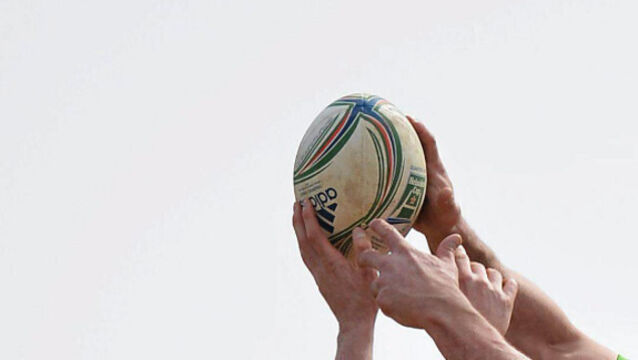 There will be two Highfield men in the Munster front row at Thomond Park this evening when James Cronin and Kevin O’Byrne pack down against the Scarlets.

Cronin: If you play on the edge, you’re going to get hurt

Following three promotions in just five seasons, Cork side Highfield are set for a huge leap forward when they begin their All-Ireland Division 1B campaign against Malone at Woodleigh Park tomorrow afternoon.

Young players of massive potential will get a chance to make their mark for Munster over the coming months.

It’s not news to anyone that the IRFU dropped the ball on women’s 15s in the wake of the great glory days of 2013-2014 and has now started, belatedly, a process to try to regain it.

With 15 players away with the Ireland team as World Cup preparations intensify, Munster front row forward Stephen Archer says there is a great opportunity for the province’s young stars to stand up and be counted.

Persistance pays off as Highfield secure promotion to Division 1B

It has been a tale of perseverance for Highfield as the Cork club finally gained promotion to Division 1B of the All-Ireland League after back-to-back second place finishes in recent seasons.

A rugby club is poised to embark on a near-&euro;1m development plan which includes construction of a new all-weather pitch and a running track.

Hannah Tyrrell to start for Ireland against Scotland

Ireland have announced their Women's team to take on Scotland in the final home game of the Women's Six Nations this weekend.

New Ireland women&rsquo;s head coach Adam Griggs believes a daunting test in France tonight will be the making of his team.

There's a first cap for winger Megan Williams in the Ireland women's side for their first Six Nations game against France on Saturday.

Norita Duggan, a top club rugby coach, has expressed serious criticism of the Irish Rugby Football Union (IRFU) after its latest edict on how to approach the development of the women&rsquo;s game in Ireland.

Johne Murphy ready for next step with Naas

Johne Murphy has quickly established his credentials as a coach just two years after signing off on a memorable career that saw him play over 200 top class games for Leicester, Munster, Emerging Ireland and the Wolfhounds.

Cork Constitution advanced from a tough Bank of Ireland Munster Senior Cup tie against Shannon with a late rally at Coonagh on Saturday.

Hannah Tyrrell didn&rsquo;t expect the controversy that unfolded with the IRFU&rsquo;s decision to divert her and two other players from Six Nations and towards Sevens duties last month. But she can see the upside to all that fuss, too.

Ireland head coach Tom Tierney has named Cork woman Elaine Anthony in his side to take on their Italian counterparts at the Stadio Tommaso Fattori in L&rsquo;Aquila on Sunday, as Ireland look to build on an injury-time win over Scotland last weekend.

The Irish women&rsquo;s rugby team return to the scene this of one of their most notable achievements when they take on Scotland this evening at Broadwood Stadium in the opening game of the Six Nations.

Ireland women&rsquo;s coach Tom Tierney has named five uncapped players in his Six Nations squad but it is the absence of former World Player of the Year nominee Sophie Spence that stood out.

Cork Constitution&rsquo;s dominance of the Munster Senior Cup will be challenged at Temple Hill (7.30pm) this evening when lower ranked but high-flying local rivals Highfield hope to stun their illustrious opponents.

Old Belvedere will go into the New Year as league leaders after their eight point victory over Galwegians at Anglesea Road on Sunday.&nbsp;

When you&rsquo;ve locked horns and beaten women&rsquo;s rugby giants New Zealand and World Cup champions England in the recent past, taking on highly-ranked Canada isn&rsquo;t quite the frightening prospect it could be.

Ireland Women&rsquo;s head coach Tom Tierney has made 10 changes from last week&rsquo;s defeat to England, as Canada roll around to the UCD Bowl on Saturday.

COOKE stormed the St Mary&rsquo;s barricades on Templeville Road to record their first away win of the season with a bonus point thrown in for added impact.

Holders Cork Constitution and last year&rsquo;s beaten finalists Young Munster advanced to the Munster Senior Cup quarter-finals with little difficulty over the weekend but Garryowen and fancied Dolphin were both knocked out.

Rassie Erasmus ready to ‘bring the puzzle together’ for Munster

Rassie Erasmus will not be expecting perfection when he sends his Munster charges into action for the first time tonight.

Young Munster lifted the Bank of Ireland Munster Junior Cup at Musgrave Park for an eighth time in a thrilling final against Cork Constitution.

The glory days&nbsp;have&nbsp;been few and far between in the recent history of All-Ireland League stalwarts Sundays Well but tomorrow&rsquo;s Musgrave Park clash with Greystones provides a chance to make amends.

Final round of league games unlikely to resolve play-off issues

Today&rsquo;s Ulster Bank League Division 1 clash between Clontarf and UCD is expected to be the first of two games between the teams in the next couple of weeks.

Celebrations continued throughout the weekend at Woodleigh Park after Highfield produced a sensational smash-and-grab raid to secure another Ulster Bank League title.

Highfield’s heroics rewarded with 2B title

There was plenty of excitement in all five divisions of the Ulster Bank League, but nothing could match the drama at Woodleigh Park in Cork, as Highfield came from behind to beat Bective Rangers 59-7 and sensationally claim the 2B championship.

Richmond are Munster Junior Clubs Challenge Cup winners after a hard-fought 14-8 win over Galbally in an exciting final at Clanwilliam Park.

Cork Con in crucial battle to stay ahead of UCD

With the top two clubs in action (Clontarf and Young Munster) last night, positions rather than actual places in the Ulster Bank League semi-finals are up for grabs today as the remaining games of the penultimate round of fixtures are completed.

Sunday&rsquo;s Well 13 Highfield 6: This Ulster Bank League Division 2B local derby at Musgrave Park last night provided plenty of excitement for a crowd of more than 2,000 as Sunday&rsquo;s Well all but ended Highfield&rsquo;s ambitions of being crowned champions.

There have been many big derby games between Sundays Well and Highfield over the years, but few will have been as important as tonight&rsquo;s clash at Musgrave Park (7.30pm).

The best case scenario for Ireland&rsquo;s women is a third-place finish in the RBS 6 Nations, even if they beat Scotland by a hefty score at Donnybrook tomorrow (1pm).

It&rsquo;s already been a campaign featuring fresh faces and Ireland women&rsquo;s coach Tom Tierney has continued with that policy for the side&rsquo;s latest Six Nations outing, against Italy, at Donnybrook on Sunday at 1pm.