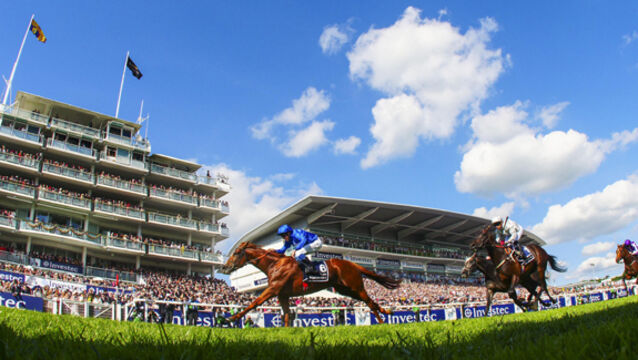 Investec Derby runner-up Dee Ex Bee appears increasingly likely to line up in the Irish equivalent at the Curragh on June 30. 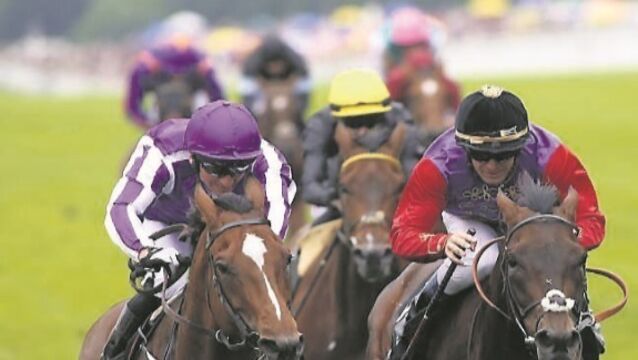 Dartmouth is the headline act among seven declarations for tomorrow&rsquo;s King George VI And Queen Elizabeth Stakes at Ascot. 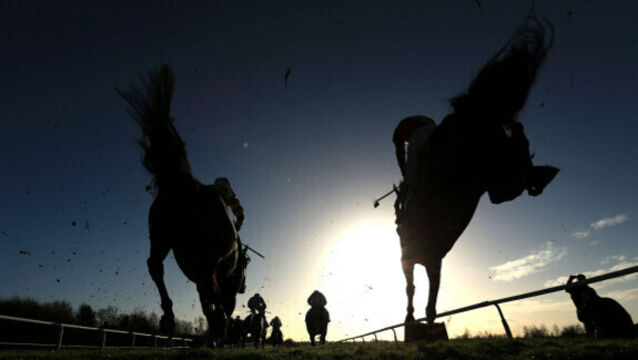 Awtaad&nbsp;appears likely to take his chance in the Qatar Sussex Stakes at Glorious Goodwood on July 27.

The Grey Gatsby faces the stiffest test of his stamina to date as he lines up in tomorrow&rsquo;s Juddmonte Grand Prix de Paris at Longchamp.

Investec Derby runner-up Kingston Hill has come in for support with the sponsors ahead of Saturday&rsquo;s Coral-Eclipse at Sandown, with trainer Roger Varian stating he is "keen" to run his stable star.

Horse Racing Ireland chief executive Brian Kavanagh expects to meet with his counterparts from England and France to discuss the Dubai Duty Free Irish Derby at the end of July.

Yet another wonderful ride from Ryan Moore aboard The Grey Gatsby was enough to secure a first British-trained winner of the Prix du Jockey Club at Chantilly since 2005 yesterday.

Declaration Of War will join stablemate Mars in tomorrow’s Group 1 showpiece, the Coral-Eclipse at Sandown, after a final field of seven was unveiled.

Imperial Monarch is perhaps Aidan O’Brien’s most interesting runner of his five-strong Meydan team as he bids to prove his stamina in the Dubai Gold Cup (1.45).

Rock ready to roll in Dubai

John Oxx will apply the finishing touches to Saddler’s Rock tomorrow ahead of this weekend’s Dubai Gold Cup.

Orfevre becomes the latest Japanese star to embark on the route towards the Prix de l’Arc de Triomphe with an outing in one of the trials at Longchamp tomorrow.

Aidan O’Brien admitted nerves were jangling throughout the vast Ballydoyle operation as he prepares Camelot for his date with destiny in Saturday’s Ladbrokes St Leger at Doncaster.

Connections of Main Sequence have yet to decide whether to renew rivalry with the Triple Crown-seeking Camelot in the Ladbrokes St Leger at Doncaster next month.

Excelebration or Power could represent Aidan O’Brien in the Prix Jacques le Marois at Deauville a week on Sunday.

When it became clear, in the early part of the season, that Joseph O’Brien was essentially first jockey at Ballydoyle it looked to be an extraordinary decision.

The John Oxx-trained Harasiya stamped her class on the Group 3 Silver Flash Stakes at Leopardstown last night and was subsequently slashed to 12/1 second favourite (from 25) by Stan James for the 2013 Qipco 1,000 Guineas.

Soft ground a worry for Sequence

David Lanigan is slightly concerned about the prospect of testing conditions for his Investec Derby runner-up Main Sequence ahead of the Grand Prix de Paris at Longchamp this evening.

David Lanigan is slightly concerned about the prospect of testing conditions for his Investec Derby runner-up Main Sequence ahead of the Grand Prix de Paris at Longchamp on Saturday evening.

Meandre can make most of favourable conditions

The Group 2 Jockey Club Stakes (2.30 Newmarket) is very much overshadowed by the 2000 Guineas but it’s a cracking contest in its own right and one which can go to Andre Fabre’s Meandre.

JOHN Gosden’s impressive St Leger winner Masked Marvel has been added to the field for Sunday’s Qatar Prix de l’Arc de Triomphe at a cost of €100,000.

WOULD it be too obvious a statement to suggest that the Doncaster St Leger, run over a mile and three quarters, demands a winner with real resolve?

No stamina worries for Sea

Sir Michael Stoute cannot envisage Sea Moon having any issues with the extended test of the Ladbrokes St Leger as the red-hot favourite attempts to provide the trainer with just his second victory in the Doncaster Classic.

MICHAEL Stoute is confident Workforce is in better shape than 12 months ago as he has a second shot at the Betfair-sponsored King George VI And Queen Elizabeth Stakes.

BANIMPIRE, beaten a short head by Blue Bunting in the Darley Irish Oaks at the Curragh on Sunday, could join the star line-up for the Markel Insurance Nassau Stakes at Goodwood on July 30.

MEANDRE repaid the faith of trainer Andre Fabre as he thwarted the front-running Seville to land the Juddmonte Grand Prix de Paris at Longchamp last night.

Derby winners to clash at Longchamp

TREASURE BEACH and Reliable Man, respective winners of the Irish and French Derby, are to clash in the Juddmonte Grand Prix de Paris at Longchamp tomorrow evening.

AIDAN O’Brien’s Irish Derby winner Treasure Beach may have his next start in the Grand Prix de Paris at Longchamp.

Aidan O’Brien’s Irish Derby winner Treasure Beach may have his next start in the Grand Prix de Paris at Longchamp.

THE 125-mile journey from the beautiful seaside town of Youghal to the picturesque plains of the Curragh affords a man plenty of time to ponder life’s big questions.

ONE of the more interesting pieces of paper floating around from bookmakers, in the wake of Treasure Beach’s victory in yesterday’s Dubai Duty Free Irish Derby at the Curragh, was an offering from William Hill.

Workforce in good shape for Arc date with destiny

Michael Stoute believes his Derby hero Workforce is ready to “do himself justice” in the Prix de l’Arc de Triomphe at Longchamp on Sunday.

Prix de l’Arc de Triomphe favourite Behkabad is reported to be in rude health following his narrow victory in the Prix Niel at Longchamp on Sunday.

Christophe Lemaire will not ride Stacelita in Sunday’s Prix de l’Arc de Triomphe after suffering a bad injury on Friday.

Stacelita and the well-fancied Cavalryman have been supplemented for Sunday’s Prix de l’Arc de Triomphe at Longchamp.

AIDAN O’BRIEN appears in confident mood as he prepares Fame And Glory for what looks set to be a third clash with Sea The Stars in the Prix de l’Arc de Triomphe at Longchamp on Sunday week.

Murtagh to ride Age of Aquarius in St Leger

AGE Of Aquarius has ousted Kite Wood as the ante-post favourite for the Ladbrokes St Leger at Doncaster on Saturday, when he will have the assistance of Johnny Murtagh in the saddle.

Godolphin are putting together a strong team for next week’s Ebor Festival at York, headed by Tuesday’s Ladbrokes Great Voltigeur hope Mastery.

Sea The Stars is the headline act from 65 entries in the Emirates Airline Champion Stakes at Newmarket.

Godolphin’s Ladbrokes St Leger hope Kite Wood showed his well-being in a six-furlong workout on the Newmarket gallops this morning.

Aidan O'Brien will launch a four-pronged attack on the Juddmonte Grand Prix de Paris at Longchamp on Tuesday evening.

Bookies in no doubt about Irish Derby

CASHMANS rate Sea The Stars an odds-on shot to confirm Epsom form with Fame And Glory should they renew rivalry in the Dubai Duty Free Irish Derby at the Curragh later this month.