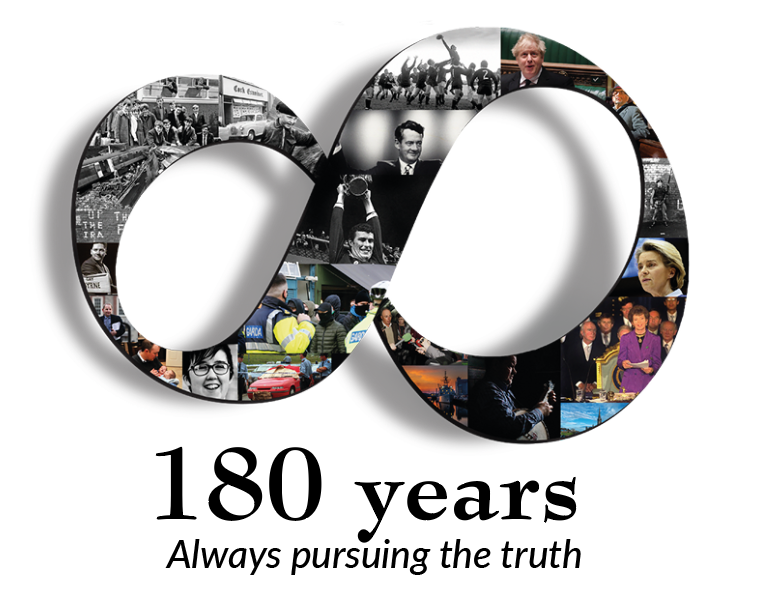 Founded in 1841 the Irish Examiner is celebrating its 180th year. To mark the occasion we will be publishing a series of initiatives across print and online. Enjoy and find out more about

who we are and what we do 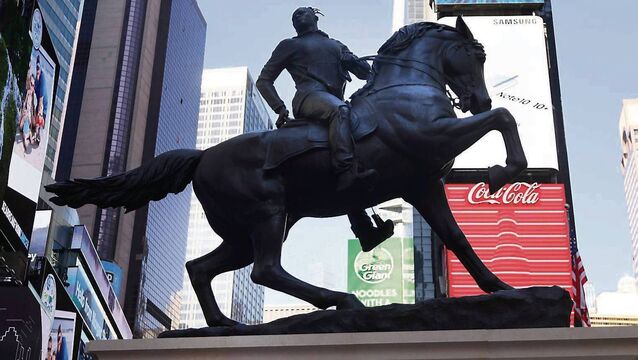 Maeve Higgins: Portraits of courage in Ireland and America

Richmond, Virginia and Dublin in Ireland: How two sculptures, thousands of miles apart, unite to reimagine something terrible into a thing of great beauty and power 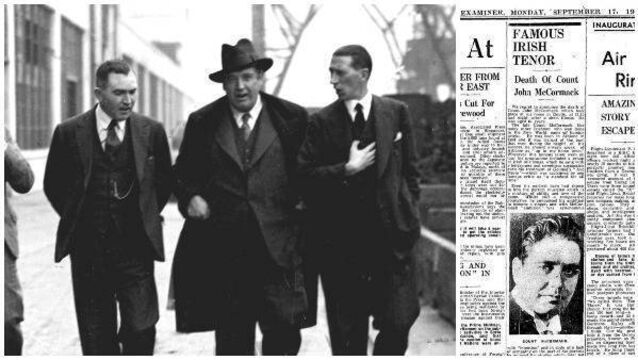 Examiner 180, from our archives: A report of the death of Count John McCormack

Examiner 180, from our archives: The Beatles visit Ireland, and Teilifís Éireann's first broadcast

Examiner and me: Happy days of Hibs and  secret hatches

EXAMINER 180: As part of the marking of the 180th anniversary of the first Examiner, Cork writer Cónal Creedon selects some of his memories of the paper

Examiner 180: A history told through her eyes

Whatever your ailment, there was a tincture, lotion or pastille to cure it, according to early adverts in the 'Cork Examiner'

Although the Y2K scare went off without incident, the horror of 9/11 was just around the corner, and the 2008 financial crash brought the noughties to a dark close

Examiner 180: The long and winding road to equality

The '90s started off on a feverish high for Ireland with the World Cup in Italy but the decade ended in misery when the real IRA killed 30 people in Omagh, Co Tyrone

'Examiner' at 180 - 1980-1989: The Buttevant rail disaster and Stardust tragedy defined a decade of hardship

In August of 1980, the village of Buttevant in Cork witnessed the worst ever rail disaster when the train from Dublin to Cork derailed, resulting in 18 deaths and 40 people injured.

Examiner 180: When Charlie Watts and the Rolling Stones played in Cork

The Savoy in Cork was the final date on a short tour of Ireland in 1965, and saw the band play two gigs in the city

Political scandal was the defining nature of the beginning of the new decade, both at home in Ireland and abroad.

Package holidays in 1916: When popular words first appeared in the paper

As the Irish Examiner celebrates our 180th anniversary this week we looked through the archive to find some of today’s most popular words and find out when they were first used in the paper. You’ll be surprised and amazed at how early, and late, some words first appeared.

By the 1960s, the Cold War was in full swing, with the two superpowers - the United States and the Soviet Union - battling it out to show superiority, largely through the so-called “space race”.

Blast from the Past: 'Cork Opera House is destroyed by fire: thousands watch huge blaze'

Examiner 180: The latest of our arts-culture pieces from the archive is the report of the fire at one of Cork's favourite cultural institutions

Blast from the Past: Archive coverage of the Playboy riots and the anti-jazz campaign

Examiner 180: The Irish Examiner marks 180 years in existence this month, and this new weekly series recalls some of the paper's coverage of the arts and culture sphere