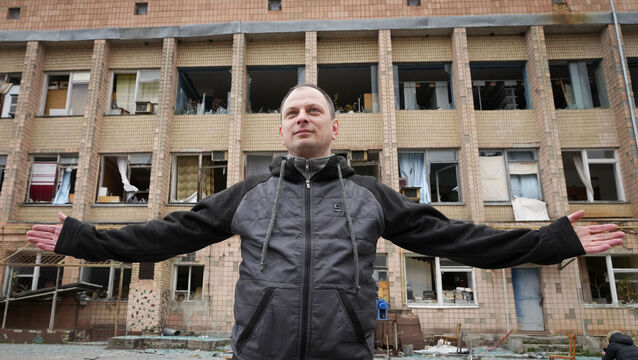 Adi Roche: UN Chernobyl Remembrance Day is a time to think of our brothers and sisters

As further tragedy hits Ukraine, today we should rage against the dying light of hope, and resolve to stand up and speak out 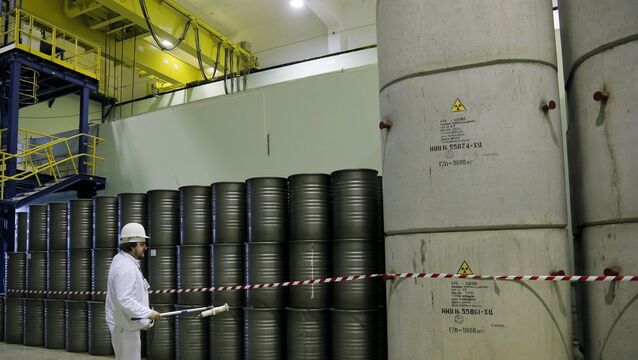 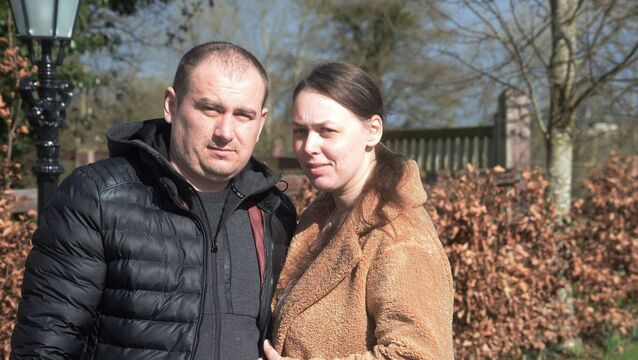 In October 1986, 52 mute swans, living peacefully on the Tolka in Dublin, were drenched in diesel oil accidentally released into the river. Swan-catchers went into action; only one bird died before they reached it.

Irish Examiner View: Praise and thanks deserved for Adi Roche

It is a fitting recognition by a powerful industry of the contribution she has made through her charity, Chernobyl Children International.

Kevin Barry in Chernobyl: ‘Misha is an example of what happens when a country is on its knees’

In 2000 the Irish Examiner sent Kevin Barry, now longlisted for the Booker Prize for his novel Night Boat to Tangier, to Chernobyl. Here we reproduce what he reported.

Ghosts of Chernobyl: A guided tour around the nuclear power plant and the remains of Pripyat

Chernobyl will never be free from the legacy of April 1986. But Ukraine’s president believes that it can be turned into a positive. Caroline O’Doherty took a guided tour to see for herself

Tourism Beginning To Profit From Its 'Dark Side'

The appeal of vacations linked to sites connected to death, destruction and atrocities is a fast growing global sector known as 'dark tourism'.

Photos: Happy faces all round as Chernobyl children arrive in Ireland for holiday

Around 120 children from Chernobyl have arrived in Ireland for a month-long rest.

120 children from Chernobyl to arrive in Ireland today

120 children from Chernobyl will arrive into Ireland today for a month-long rest and recuperation holiday.

A survivor of the Chernobyl nuclear disaster, who was abandoned in an orphanage before being adopted in Co Meath has described a new wave of tourism following the popular TV series as 'disrespectful and dangerous.'

Reactor number four of the Chernobyl Nuclear Power Plant suffered an explosion during a technical test on April 26, 1986. As a result of the accident, in the then Soviet Union, more than 400 times more radiation was emitted than that released by the atomic bomb dropped on Hiroshima (Japan) in 1945. It remains the largest nuclear accident in history.

Adi Roche: Chernobyl series will detail 'one of the greatest cover-ups in history'

HBO and Sky 's co-production 'Chernobyl', based on the true-life accident that occurred in Soviet Ukraine in 1986, will air next week.

Fall-out survivor honoured to be named to Chernobyl charity board

A Belarusian-born survivor of the Chernobyl nuclear disaster has been appointed to the board of directors of Adi Roche&rsquo;s Chernobyl Children International charity.

Tireless humanitarian and Chernobyl charity founder, Adi Roche, has received the highest honour from Royal College of Physicians of Ireland in Dublin.

There were emotional scenes at Shannon Airport today when 135 children arrived from Chernobyl affected areas.

Advocate Adi Roche says the UN&rsquo;s Chernobyl Remembrance Day today attests to the worst nuclear disaster which is just a millisecond into the life of the pollution it unleashed &nbsp; &nbsp;

The British and Irish governments ruled out co-operation on testing emissions from the nuclear plant at Sellafield in 1986 in the wake of the major nuclear accident at Chernobyl.

Morning briefing: 15,000 mortgage owners wrongly moved off tracker loans. Catch up on all the headlines

The United Nations agreed last night to an Irish charity&rsquo;s call to designate April 26 as UN International Chernobyl Day as a lasting reminder of the world&rsquo;s worst nuclear accident.

Volunteer of the year saved hundreds of lives

Volunteer of the year David McEvoy helped save the lives of hundreds of people in his community over the last five years.

Cork ICA Federation marks its 80th birthday next year and celebrations are set to start early in the New Year.

Chernobyl charity campaigner Adi Roche has dedicated her Freedom of Cork award to the survivors and victims of Chernobyl, and to her charity&rsquo;s army of volunteers.

Long-term investment can change hostile attitudes to girls in Ghana

MARIA Walsh is no stranger to charity work &mdash; the former Rose of Tralee has previously travelled to Calcutta, South Africa, Tanzania, and Chernobyl to support worthy causes.

Humanitarian Adi Roche has called on the global community to honour the sacrifice of Chernobyl&rsquo;s forgotten hero &lsquo;liquidators&rsquo;.

Humanitarian Adi Roche will today call on the UN to create a &ldquo;clean food fund&rdquo;, to improve food monitoring, and to reinstate radiation health checks for people living in Chernobyl-contaminated regions.

Belarussians Anna and Alexi consider themselves lucky to have been adopted by Irish couples after the 1986 nuclear accident, says Jonathan deBurca Butler

Two men from Cork are taking two weeks out of their time to transport vital aid to help people whose lives were destroyed by the Chernobyl nuclear disaster.

Humanitarian Adi Roche is to make a landmark address to the UN General Assembly in New York to mark the 30th anniversary of the Chernobyl nuclear disaster the week after next.

At last, Adi gets her reward - Freedom of Cork

ADI ROCHE, founder of the charity, Chernobyl Children International, is to be given the Freedom of Cork.

Humanitarian Adi Roche, whose charity has delivered some &euro;100m in aid to people affected by the world&rsquo;s worst nuclear accident, said she is humbled by Cork City Council&rsquo;s decision to confer her with the Freedom of Cork.

Some of the world&rsquo;s leading photographers, writers and film makers are set to take part in a new campaign run by Adi Roche&rsquo;s Chernobyl Children International (CCI), to mark the 30th anniversary of the Chernobyl disaster this April.

Like a post-apocalyptic horror movie, a decaying and rusting amusement park ferris wheel is all that remains of the Soviet Union&rsquo;s dream of non-military nuclear power expansion.

Chernobyl disaster is still part of reality, not history

The Irish charity which has delivered almost &euro;100m in humanitarian aid to Chernobyl-affected regions has announced ambitious plans to expand its health-care programmes this year &mdash; the 30th anniversary of the disaster.

The Lord Mayor of Cork Chris O&rsquo;Leary has seen how an Irish charity has pioneered a new foster-care model which has saved 300 vulnerable Belarussian children from a life in bleak state-run orphanages.

Cork Lord mayor set to visit Chernobyl ahead of anniversary

The Lord Mayor of Cork will visit the Chernobyl nuclear power plant next week as he leads a historic Irish civic delegation to the region ahead of the 30th anniversary of the world&rsquo;s worst nuclear accident.

Charity to visit Chernobyl ahead of 30th anniversary

The Irish charity, Chernobyl Children International (CCI), is embarking on a major visit to the region next week ahead of the 30th anniversary of the world&rsquo;s worst nuclear disaster.

Even around Chernobyl, nature has a fighting chance for survival

Let&rsquo;s start the early days of 2016 on a positive note. There&rsquo;s still hope for nature &mdash; if it&rsquo;s only given chance. And, it can get on fine without humans.

Wildlife including wolf, elk, and wild boar are thriving around Chernobyl since the area was deserted by humans after the world&rsquo;s worst nuclear accident, a study shows.

Adi Roche and Ali Hewson have been presented with a global humanitarian award.

GIVEN the extent of environmentalist Duncan Stewart&rsquo;s injuries when he fell from a tree near the Chernobyl reactor 12 years ago, it&rsquo;s a surprise he is still standing, not to mind continuing to work at a dizzying speed.

Adi Roche and Ali Hewson will receive the Princess Grace Humanitarian Award from Prince Albert in Monaco tonight in recognition of their work in helping thousands of children affected by the Chernobyl nuclear disaster.