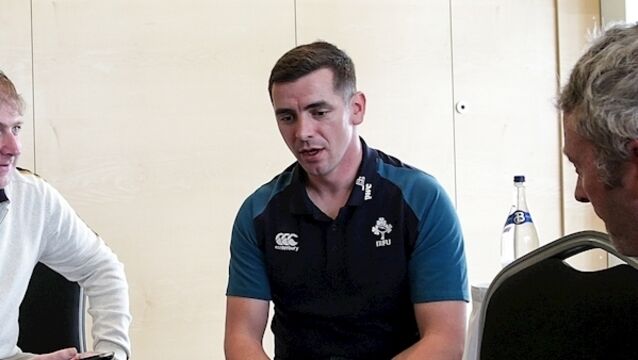 Noel McNamara insists focus is on the U20 World Cup

Ireland U20s coach Noel McNamara insists his full focus is on the upcoming Junior World Cup despite suggestions that he could be a possible candidate for a role with Munster under Johann van Graan. 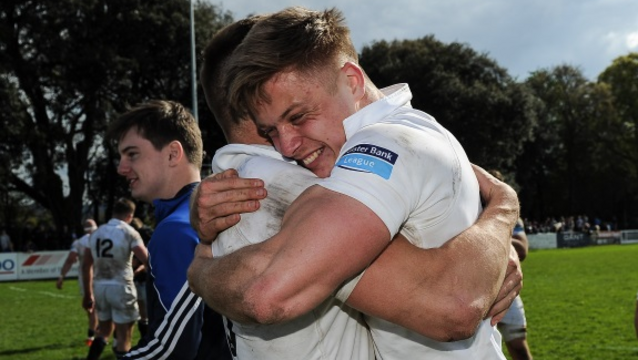 Cork Constitution head coach Brian Hickey says his side are &ldquo;underdogs&rdquo; heading into Sunday&rsquo;s Ulster Bank League final, despite the fact the defending champions are approaching their third successive Division 1A decider. 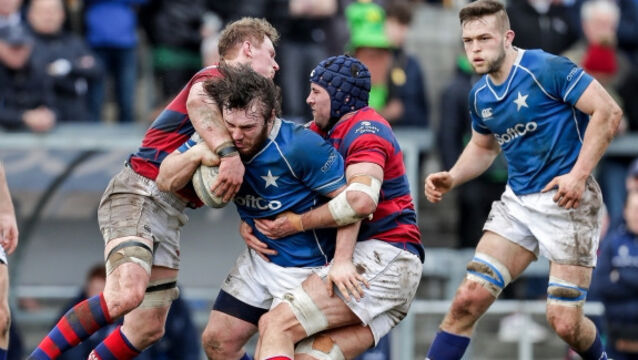 Lansdowne continue to look the team to beat in Ulster Bank League Division 1A after winning at Tom Clifford Park for the first time since 2011, while defending champions Cork Constitution have leapfrogged Terenure College in pursuit of the second home semi-final berth.

AIL Preview: Munster derby shaping up to be one of the games of the day

Cork Constitution brought Ballynahinch&rsquo;s two-match winning run to a shuddering halt by hammering the hosts 38-3 at Ballymacarn Park in this Ulster Bank League Division 1A clash.

Johnny Holland back with bang as Cork Con cut loose

Division One A: Dolphin 6 Lansdowne 13

Ruddock says next generation ready to step into the breach

Mike Ruddock has no desire to see talents like Sean O’Brien disappear to France but the Ireland U20 coach believes their loss would at least have a silver lining for the next generation.

The discovery in Munich of artefacts stolen by the Nazis has prompted examination of the origins of exotic items in our museums in Ireland.

Students in class of own

Newcomers UCD continue to set the standard in the top flight of the Ulster Bank Leagues following an impressive victory over Garryowen at Dooradoyle, a result that leaves the winless light blues propping up the table after three matches.

Communion 2013: It is more about the bling than the blessing?

PARENTS take fag-breaks during First Communion Mass and chatter so loudly the priest falls silent; children are ignorant of how to bless themselves, genuflect or behave in church.

The wait to find out who would succeed Declan Kidney ended today, as the worst kept secret in Irish rugby was revealed – Joe Schmidt is the new coach.

Terenure power too much for Belvo

Enemy was inside government, not outside

‘What is history but a fable agreed upon’ is a well-known dictum attributed to Napoleon but one which Minister Shatter, Prof Roberts of UCC and others seem determined to uphold, in their critique of Ireland’s failure to join the ‘fight for freedom’ alongside the ‘anti-fascist Allied coalition’ in 1939.

Favourites Terenure held out for a narrow win over Blackrock in a frantic Leinster Schools Senior Cup first round tie at Donnybrook.

THERE was an “oh my god” moment for Tipperary town woman, Yvonne Ellard, when she won the top fashion prize at the Blossom Hill Ladies’ Day at the Fáilte Ireland Dublin Horse Show yesterday.

Cork Constitution will take a wait-and-see approach to whether they can use Duncan Williams this weekend.

Tension replaced by air of sadness

A SOLITARY magpie landed on a tree outside Court No 6 as Eamonn Lillis listened to a synopsis of the evidence heard during his trial for the unlawful killing of his wife, Celine Cawley.

St Mary's out of play-offs despite 11-try victory

The teams for this weekend's upcoming AIB League fixtures have been annnounced today.

THERE are few fixtures more compelling for sheer atmosphere than the Leinster Schools Senior Cup final sponsored by Powerade, which this year moves to a new home at the RDS.

CLONTARF maintained their AIL Division One top-four position with this bonus-point win over Terenure College at Lakelands on Saturday but it was much closer than the final 12-point margin would suggest.

From dependable to deadly: a full-back reborn

YOU never expect to come away disappointed from an interview with the unfailingly friendly Girvan Dempsey, but it happened.

Terenure dumped out of Cup by Clonakilty

LEINSTER’S worst fears were confirmed yesterday evening when influential out-half Felipe Contepomi was ruled out for up to six weeks as a result of medial ligament damage he suffered on duty with Argentina in Paris last weekend.

LEINSTER will find out today just how serious an injury their talismanic out-half Felipe Contepomi picked up on international duty for Argentina last weekend.

A GREAT weekend for Irish rugby was tarnished somewhat by the discourtesy last week shown to the visiting team, Perpignan, and supporters by the Munster Council.

FORMER Irish schools and Under-21 out-half David McAllister is poised to join up with Munster for the remainder of the season.