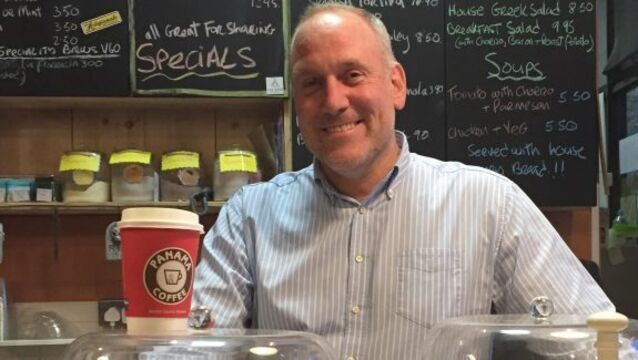 Ireland's budget has served up some welcome news for low-paid workers, a coffee shop owner on the border has said. 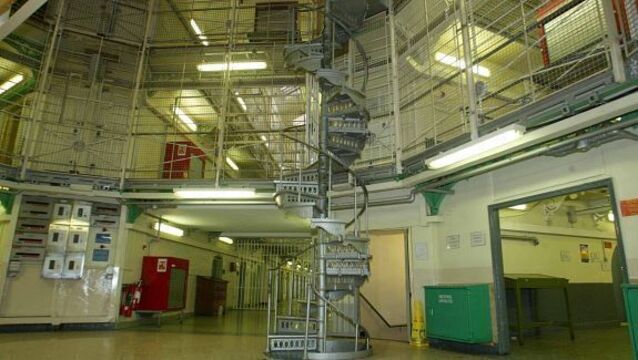 The distraught mother of Gary Douch, brutally killed in a preventable tragedy in Mountjoy Prison, has slammed the Department of Justice for failing to pay the barrister who conducted the inquiry into her son&rsquo;s death for almost four years.

Delays in supplying important documentation &quot;prolonged&quot; the Commission of Investigation into the death of prisoner Gary Douch — and many documents were &quot;incomplete, piecemeal and sometimes illegible&quot;.

Locked up and forgotten in Mountjoy

Appalling conditions and overcrowding throughout Mountjoy on the night of July 31, 2006, meant seven vulnerable prisoners were packed into one holding cell supposedly for their own protection.

The violent death of a prisoner in Mountjoy Prison followed a litany of failures within the Irish prison system in the way the victim and his &quot;vulnerable&quot; killer were treated.

A Commission of Investigation report has found the death of inmate Gary Douch in a Dublin prison was the result of catastrophic failures and was avoidable.

Seven years on from one of the most savage killings in Irish prisons, we still have no answers.

Delayed report on 2006 prison death ‘by end of year’

The report of a seven-year inquiry into the savage death of a prisoner, which has been dogged by delays and obstacles, will be sent to Justice Minister Alan Shatter by the end of the year.

Dooley resigns as Offaly boss to give ‘new voice’ a chance

Joe Dooley will take time out to consider his future as Offaly senior hurling manager following their exit from the All-Ireland Championship at the hands of Cork.

Offaly include Hanniffy and Mulrooney

O'Brien and Gough to start for Dublin

Offaly name side for Croker clash

A man who kicked and punched his Mountjoy prison cellmate to death has failed in an attempt to overturn his sentence of life imprisonment at the Court of Criminal Appeal.

FOR the first occasion since 1988, four-time All-Ireland club champions Birr won’t be involved in the Offaly SHC semi-finals, after they were defeated 0-11 to 0-10 by reigning champions Tullamore at O’Connor Park on Saturday.

Boost for Rebels as Kenny returns

FAVOURITES Cork will have Tom Kenny back in action at midfield, alongside Cathal Naughton, for Sunday’s GAA Munster hurling final against Waterford in Thurles.

Fennell an injury worry for Dubs’ clash with Tipp

MIDFIELDER Eamonn Fennell has emerged as a major injury doubt for Dublin ahead of Saturday’s All-Ireland SFC round two qualifier with Tipperary in Croke Park.

A sequel as thrilling as the original

A PRISONER’S face was slashed after he was taken hostage by fellow inmates in the latest escalation of the overcrowding crisis at Mountjoy Jail.

Man sentenced to life for manslaughter of fellow prison inmate

A mentally ill man has been sentenced to life in prison at the Central Criminal Court for the manslaughter of his Mountjoy prison cellmate.

Prison a ‘powder keg’ for people with psychiatric problems

PRISON has been described by the Irish Penal Reform Trust as the worst possible place for a person with schizophrenia and a “powder keg” for people with psychiatric problems after a 25-year-old Dubliner, who suffers from schizoaffective disorder, was found guilty of the manslaughter of a fellow Mountjoy inmate.

A Mountjoy prisoner who beat his 20-year-old cellmate to death has been found not guilty of his murder, but guilty of his manslaughter by reason of diminished responsibility.

A Mountjoy prisoner accused of murdering his cellmate told detectives he killed him with “three digs, three kicks and a stamping” before rubbing excrement in his face.

A jury has been sworn in at the Central Criminal Court to try the case of a Mountjoy prisoner accused of murdering his cellmate.

A date has been set for the trial of the man accused of murdering Gary Douche in Mountjoy Prison two years ago.

New jury to be sworn in for Mountjoy murder trial

Another jury will be sworn in next week for the trial of a Dublin man accused of murdering fellow prisoner Gary Douche in Mountjoy, it emerged this afternoon.

The jury in the trial of a man accused of murdering Gary Douche in Mountjoy Prison two years ago has been discharged after it emerged that a jury member may have been from the same area as the victim.

A jury has been sworn in at the Central Criminal Court for the trial of a man accused of murdering a fellow inmate in Mountjoy Prison two years ago.

A LARGE crowd turned out for the Thomas Crosbie Holdings All Ireland Schools quiz second round heat, which took place at the Quality Hotel, Limerick.

THE savage murder of Gary Douch, who was kicked, strangled and beaten to death in his Mountjoy prison cell, is to be probed by a commission of investigation.

A PRIEST yesterday asked Justice Minister Michael McDowell why murder victim Gary Douch had to die the way he did in prison.

A breeding ground for future success

MILLSTREET Horse Show is the essence of all that is good in show jumping.

THE most exciting schools quiz in the country moved its focal point to Limerick last night.