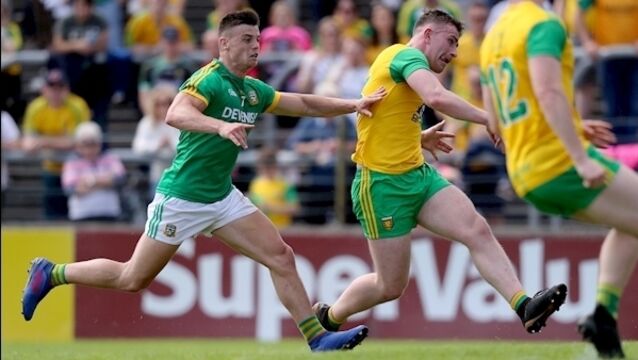 Donegal get the better of Meath after gripping contest

Donegal were 9-point winners against Meath at the sun-kissed Ballybofey, although the scoreboard only tells half the story of a gripping contest. 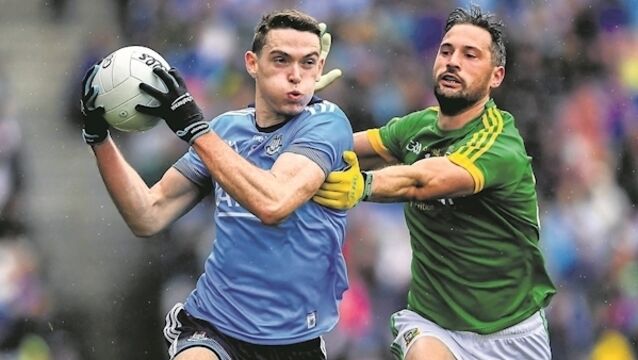 The blue wave that became a tsunami

The Leinster Senior Football Championship has long been crying ‘stop’ and Dublin have long since stopped listening. This wasn’t quite a pulverisation, but unquestionably another endorsement of capital might. 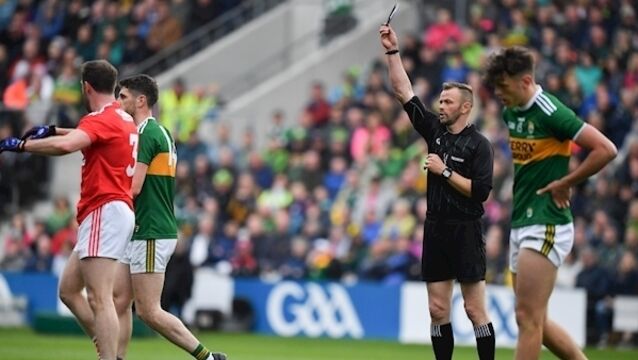 We all know the biggest bugbear about GAA officiating is inconsistency and there was a classic case of it in Páirc Uí Chaoimh on Saturday. For the same infringement, Anthony Nolan made three different calls.

Meath cruise past Carlow and into quarter finals

Meath struggle to get past Offaly in Leinster Football opener

It was the result most expected but Donegal's journey to the Allianz League Division 2 title was anything but straightforward at Croke Park.

Lacey gets set for the long road

HIS new position will see him clocking over 1,000 kilometres a week from his Kildare base but Brian Lacey had no hesitation about accepting the offer to coach the Limerick footballers.

LIMERICK football manager Maurice Horan is facing a defensive crisis ahead of the 2012 season following the retirement of two key defenders.

O'Donovan to start for Limerick

Jim O'Donovan has been named in the Limerick team to face Kerry in Sunday's All-Ireland SFC quarter-final at Croke Park (throw-in 2pm).

Tommy Stack has been included in an unchanged Limerick team for Saturday's All-Ireland SFC fourth round qualifier against Wexford in Portlaoise (throw-in 7pm).

IT was a scene of devastation six weeks ago but the Gaelic Grounds are once again feeling like home for the Limerick footballers.

COMING out of the Gaelic Grounds on Saturday, John Galvin could have been forgiven for thinking the match scoreline was his fault.

ST MARY’S coach Peter Keane insists his side will not be underestimating the challenge posed by Manchester outfit St Peter’s in Sunday’s All-Ireland JFC semi-final in Kilmallock.

Kerry can’t get sucked into a dogfight

THOSE Limerick footballers in whom hope still survives and whose hearts have remained unwarped after a decade of tilting at the windmills are a redoubtable bunch.

NIALL RIGNEY has stepped down as Laois hurling boss in the wake of last Saturday’s surprise All-Ireland championship exit at the hands of Carlow.

With no late injury worries, Mickey Ned O'Sullivan has settled on an unchanged Limerick team for Sunday's Munster SFC final against Kerry in Killarney (throw-in 2pm).

Lucky 24 get chance to tee up with stars at Adare

IT’S still May, but it feels like Christmas for 24 lucky golfers who will tee it up with the biggest names in the game at the JP McManus Invitational pro-am in a few weeks.

PAT FLANAGAN was last night appointed as the new manager of the Westmeath senior football team.

SHOCKING footage of the weekend assault on Tipperary referee Willie Barrett has appeared on the internet.

MAYO have made two changes from the side that defeated Tipperary for next Sunday’s All-Ireland MFC semi final clash with Down at Croke Park.

You don’t always get what you deserve

I WAS privileged to manage the Limerick footballers for six seasons from 2000 to 2005 and the U21s for the first two years of that period.

SHANE GALLAGHER had a ringside seat in the Gaelic Grounds last June when Cork’s late, late show saw them dramatically triumph in the Munster SFC semi-final. The defeat was a savage blow for Limerick after they held the upper head for long stretches, yet the Ballysteen defender believes they can use that experience to their advantage for Sunday’s Munster SFC final.

THE deceptiveness of league form was painted vividly yesterday afternoon in Semple Stadium.

CORK football boss Conor Counihan has added four of the county’s recent All-Ireland U21 winners to the senior panel ahead of Sunday’s Munster SFC opener against Waterford in Dungarvan.

Six Irish trainee priests will take part in a special ceremony with Pope Benedict today marking the Flight of the Earls.

CENTRE-FORWARD Redmond Barry was the hero as Wexford sensationally preserved their unbeaten record in Division 3 of the Allianz NFL at the Limerick Gaelic Grounds yesterday.

LIMERICK are awaiting medical clearance for team captain Damien Reale before naming their side to play Waterford in next Sunday’s Guinness Munster SHC final at Semple Stadium, Thurles.

Kerry had their third player sent off in two National League matches but they still came out on top against Munster rivals Limerick in Killarney today.

CLARE have left a vacancy on their team for Sunday’s Bank of Ireland Munster SFC clash with Limerick at the Gaelic Grounds.

DANIEL GOULDING will become the first player from the Éire Óg club to represent Cork in the senior football arena when the Allianz National League commences this weekend.

CORK coach Tony Leahy is cautiously optimistic his side can retain their Munster U21 football title against Limerick at the Gaelic Grounds tonight (7pm).