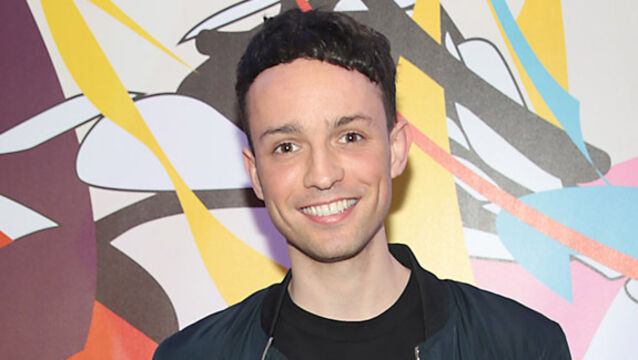 GALA LGBT awards to honour those looking for a better future

The awards honour those who work for a better future for LGBT people in Ireland and worldwide. 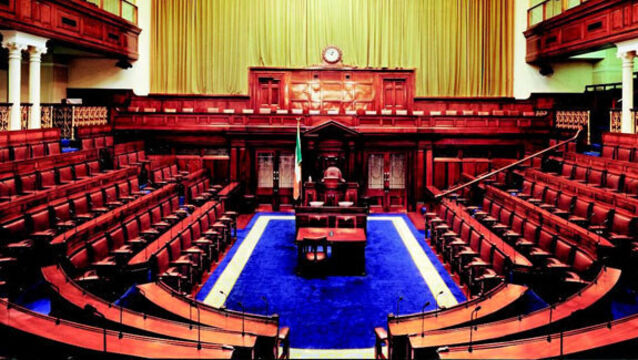 Daniel McConnell: Timing is everything as spring election looms

With the Dáil set to return later this month for the last session, those hoping for a summer general election might as well forget about it.

'I know RTÉ is a fan club for the President': Gavin Duffy in heated exchange with Sean O'Rourke

Farm Focus with FBD: It happened at the Ploughing... 20 years of tales from the trenches

Here's what you can expect from RTÉ's summer schedule

The season kicks off with Niall Horan joining the RTÉ Concert Orchestra on RTÉ One at 6.55pm on Saturday May 12.

A constant &lsquo;battle&rsquo; for funding has led to the closure of a 30-year old award-winning national drug prevention and advisory service at a time when, its founder says, teenagers as young as 14 are using heroin.

Latest: Taoiseach Leo Varadkar has said that he will consider a call from the former President Mary McAleese for an inquiry into the church's handling of child abuse allegations against Fr Malachy Finnegan.

Catch up on the headlines this lunchtime...

Kennedy’s fashion firm in the black despite Brexit

Accumulated profit at the firm controlled by fashion designer Louise Kennedy rose to €1.84m last year despite the headwinds it faced from the drop in sterling because of Brexit.

Bob Seward, founder of the Cork Academy of Music, has been named February&rsquo;s &lsquo;Cork Person of the Month&rsquo; for his ground-breaking work in music education on the northside of Cork city.

Cork musician Cillian McSweeney has used incredible Eyegaze software to get past his cerebral palsy and record his debut EP, writes&nbsp;Ellie O&rsquo;Byrne

Martin McGuinness' contribution to peace will have long legacy

Martin McGuinness turned to republicanism after witnessing the oppression of nationalists but went on to forge warm bonds with former enemies, writes Daniel McConnell.

T.K. Whitaker remembered as a patriot at funeral

T.K. Whitaker has been remembered as a joyful man and a patriot.

ESB Tree Week set to celebrate the wonder of trees

Ray Ryan looks at some of the highlights of ESB Tree Week, which is&nbsp;encouraging communities to develop &lsquo;NeighbourWood&rsquo; activities.

Charlie McGettigan: ‘Passage of time makes it easier to cope’

Eurovision winner Charlie McGettigan has had to come to terms with the death of his son Shane, who died in a workplace accident in the US 17 years ago Dan Buckley

The first time I met furniture designer John Lee was some years ago when I was prowling around London&rsquo;s 100% Design show, says&nbsp;Carol O&rsquo;Callaghan.

Choctaw Indians helped us, we should help them

December 29, 2014, marked the 124th anniversary of the Massacre at Wounded Knee (South Dakota), where 153 members of a band of 350 Minneconjou and Hunkpapa Lakota (120 men, 230 women and children), unarmed and in the act of surrender, were slaughtered by members of four divisions of the US Army&rsquo;s Seventh Cavalry.&nbsp;

Rocks from Mayo, accounted for in the chaos following 9/11, lie at the core of a Famine memorial in New York, just a stone&rsquo;s throw from Ground Zero, says Bette Browne.

Still in the back pew

Over 50 years ago, a cardinal asked the Vatican Council: &lsquo;Where&rsquo;s the other half of humanity?&rsquo; In her own inimitable way, Mary McAleese last week posed the same question, writes TP O&rsquo; Mahony.

There is a refreshing ring of honesty and pragmatism to the &quot;bonkers&quot; response of former President Mary McAleese to Pope Francis&rsquo;s call for a synod of bishops to review Catholic Church teaching on family life.

Ten years on, our Ombudsman for Children is more important than ever

A LITTLE over 10 years ago a group of young Irish people were brought together to conduct an interview. It was the first time in Ireland’s history – as far as I know, the only time — that the advice of young people was sought on a major public appointment.

The art of Patrick Scott remembered in Dublin and Carlow

The veteran West Cork-born artist Patrick Scott is the subject of a major retrospective in Dublin and Carlow, Tina Darb O’Sullivan reports

A representative of the Association of Catholic Priests has welcomed comments from the former President Mary McAleese in relation to homosexuality within the Catholic Church.

First catholic female cardinal may be an Irish woman

The Catholic Church's first female cardinal may be Irish.

Judge lived a life committed to the law

GOOD lawyers don’t look for popularity in the cases they take but even Kevin Feeney must have wondered how he got landed with one particular brief which looked like it could only put him in a lose-lose situation.

This much I know: Claire Doyle

My earliest memory is flicking through my mum’s Hello magazines.

Senator Martin McAleese has today submitted his letter of resignation to the Seanad.

Cork members won all three prizes at this year’s Macra na Feirme/Bank of Ireland National Leadership Awards, recognising their leadership skills within their clubs and the wider community.

Tánaiste Eamon Gilmore is urging Sinn Féin to accept an invitation to meet with Britain's Queen Elizabeth in the North next week.

THERE was a time when China was associated in Irish minds with foreign marvels such as kung fu, fireworks and tinned lychees.

PJ Gibbons and Colette Sheridan ask a bunch of celebrities to reveal their plans for tonight, and to reflect on the year gone by

Sorry state of the nation

HIS voice catching with grief at the beginning and end, Enda Kenny was determined to hold things together for the eulogy so he could make his mother proud one final time.

Higgins to be sworn in as Ireland's ninth President

Michael D Higgins will be inaugurated as the country's ninth President at a special ceremony in Dublin Castle today.

ALL sides of Dáil Eireann joined in paying extended tribute to President Mary McAleese yesterday as she departed Áras an Uachtarain after 14 years.

‘I literally loved every day of the job’

EVERYONE knows you can get to work a little late on your last day.

President Mary McAleese revealed she was on the verge of tears as she attended her last engagement as Head of State today.

ART forged a powerful statement of public grief and anger yesterday to embrace the third anniversary of a notorious Limerick murder in a message of solidarity with the innocent victims of violence and their families.

SO Ireland has a new head of state.

The President-elect Michael D Higgins is set to visit his new home in the Phoneix Park later today.

SHE was known for her smile. But friends and colleagues of Celia Ferrer de Jesus, who was tragically drowned when her basement flat was flooded, united in tears at her funeral yesterday.

200 Irish citizens to be honoured with ‘Centenarian Bounty’ this year

MORE than 200 Irish people celebrated their 100th birthday this year according to figures released this week.

A RENOWNED Irish soprano is set to help her old school celebrate its 50th anniversary on a high note.

Ireland’s President-elect Michael D Higgins has vowed to lead the country in a necessary transformation away from values based on wealth.

THOUSANDS turned out last night for the removal of the tragic Co Wicklow Garda killed in Monday’s floods.