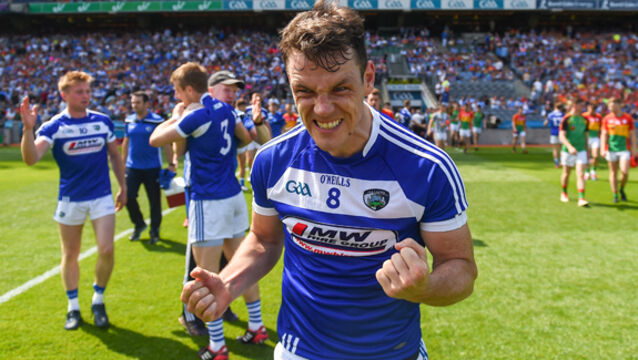 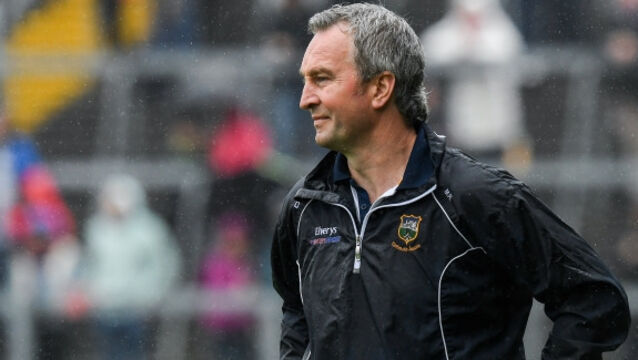 West Tipperary chairman John O&rsquo;Shea has called on Michael Ryan and his selectors to step down following the county&rsquo;s championship exit on Sunday. 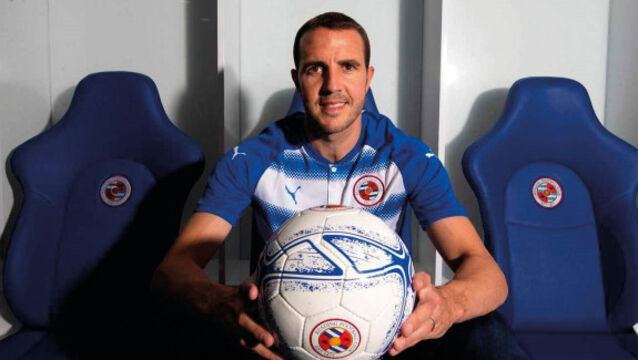 John O&rsquo;Shea last night spoke of his delight after putting pen to paper on a one-year deal with Championship outfit Reading.

Boys in green search for a cure for summertime blues

Long before he went into politics, John O&rsquo;Mahony knew every highway and byway throughout Connacht, initially as a player but predominantly as a manager over the past 30 years.

Colin O&rsquo;Brien has cited the decorated career of John O&rsquo;Shea to illustrate how much of a springboard the U17 European Championship finals can provide for his current squad.

It was entirely in keeping with John O&rsquo;Shea&rsquo;s self-effacing character and career-long commitment to the concept of the &lsquo;team player&rsquo;, that the elegant defender&rsquo;s farewell address to the Irish supporters seemed to be about everyone but himself, writes Liam Mackey.

Wholesaler BWG which is best known as the supplier to Spar, Eurospar, Londis, and other independent stores in the Republic says it plans to buy rival 4 Aces Wholesale.

A youth is facing trial for an attack in Dublin where a French national was injured when a bottle was smashed over his head and he was viciously beaten after being knocked to the ground.

Business organisations have largely welcomed the Brexit hard border breakthrough, but cautioned that there is a long road ahead in negotiations, before trade arrangements become certain.

Road Bowling - Hurley finishes with a flourish to thwart O’Rourke

Mick Hurley&rsquo;s star continues to rise with another fine performance which got him past John O&rsquo;Rourke in the Ballinacurra tournament.

Jobs boost across the country in tech, retail

Hundreds of new jobs have been announced by a number of firms across the country, including 200 in a €41m investment for Drogheda.

Gardaí hoping Ireland squad ’get stuck into the Danish’

Someone in the Garda Press Office has posted a cheeky joke - with an important message - ahead of Ireland’s match with Denmark on Saturday.

Time&rsquo;s been called on diesel cars, says&nbsp;John O&rsquo;Mahony&nbsp;and manufacturers are racing to go electric, but the public needs incentivising

Laois withstood a stubborn Wicklow fightback to claim a Round 1 All-Ireland Senior Football Qualifier win at a sunny Aughrim this evening.

A 15-year-old Junior Cert student from Cork, who had to have both legs amputated below the knee after contracting meningitis when she was three, has sued an out-of-hours family doctor service in relation to her care.

SUV or sports saloon? Let us help you decide

SUV versus sports saloon? John O&rsquo; Mahony sampled the new Audi Q5 and A5 to find out

Parents request that judge send their son to detention centre

A Dublin youth, who stole a car from a petrol station, has been given a six-month sentence after his parents begged for him to sent to a detention centre.

Martin O&rsquo;Neill has praised referee Nicola Rizzoli&rsquo;s handling of the game against Wales and insisted that, while he still feels Gareth Bale&rsquo;s challenge on John O&rsquo;Shea merited a sending-off, the official&rsquo;s decision to award only a yellow card for that incident cannot be linked in any way to the subsequent Neil Taylor tackle which broke Seamus Coleman&rsquo;s leg.

Although a number of the more senior candidates &ndash; among them John O&rsquo;Shea, Glenn Whelan and Jon Walters &mdash; have left the squad to return to their clubs, it still tells you something about how important a player Robbie Brady has become for Ireland, that Martin O&rsquo;Neill has nominated him as captain for the friendly game against Iceland at the Aviva tonight.

Developer brothers Michael and John O&rsquo;Flynn are suing the Data Protection Commissioner over an alleged delay in finalising their complaint claiming Nama has failed to provide them with all their personal data that it holds.

Why get the Q2 when you already have the Q3? Because it&rsquo;s funkier, cooler, and more stylish, writes John O&rsquo;Mahony.

Joseph O&rsquo;Brien has made a huge impact since making the transition from record-breaking jockey to trainer. The 23-year-old tells&nbsp;John O&rsquo;Brien&nbsp;in The Irish Racing Yearbook 2017 that he wants to build a strong dual-purpose yard on The Hill and to challenge the established operations &mdash; including Ballydoyle

New Audi Q7 e-tron shows the beauty of a hybrid

You get more bang for your buck with the Audi Q7 e-tron &mdash; it&rsquo;s a technological marvel says John O&rsquo;Mahony

John O’Rourke out of Carbery Rangers’ clash with Nire

Leading forward John O&rsquo;Rourke is one of a number of Carbery Rangers players who will miss Sunday&rsquo;s Munster Club SFC semi-final.

A question of taste: Peter Power

Peter Power, composer, sound designer is originally from Waterford, but has been based in Cork for several years. He is artistic director of Eat My Noise with David Duffy. As part of Cork Film Festival, they will present fLux, new music for organ and electronics performed at St Fin Barre&rsquo;s Cathedral, performed by John O&rsquo;Brien, on November 17 &amp; 18.

Cork pro-life supporter John O&rsquo;Donovan was woken at 3am on Sunday morning by a loud commotion at his front door.

John O&rsquo;Dwyer should be kept in reserve to provide a spark from the bench, advises Lar Corbett.

John O’Mahony: Lesser teams ‘don’t get rub of the relic’

Man died as no staff available

A man living in HSE- supported accommodation died on a weekend when no staff&nbsp;were&nbsp;available, an inquest heard. John O&rsquo;Hanrahan, aged 37 of Castlecurragh Vale, Blanchardstown, Dublin 15 died on February 8, 2015.

Tipperary indiscipline a concern, but Limerick undone by little details

It should be remembered that John O&rsquo;Dwyer was the main forward for Tipperary in their victory over Waterford last year, writes Donal O&rsquo;Grady.

As well as a production of La Traviata, Cork composer/conductor John O&rsquo;Brien has a number of other projects on the way, he tells Jo Kerrigan

Six irregularities from a weekend riddled with discrepancies

Other than how referee John O&rsquo;Brien could have got it so wrong on Saturday, the most pertinent question arising from the Christy Ring Cup final surrounded the role of HawkEye in Croke Park.&nbsp;

Tomás Quinn: The venue may change but Dublin's process remains the same

Three weeks ago today, Laois got their 2016 championship underway. At home in O&rsquo;Moore Park against Wicklow, they stuttered to a 3-16 to 0-18 win, and afterwards midfielder John O&rsquo;Loughlin was interviewed on the pitch by Newstalk&rsquo;s Colm Parkinson.

John O&rsquo;Shea is not about to prematurely call time on his international career.

Even the players Alex Ferguson offloaded from Manchester United retained their loyalty to the legendary Scot as the club&rsquo;s most famous manager illustrated last night in a story he told about John O&rsquo;Shea.

With Brexit vote on European Union status just weeks away, the apathy of the young may be key, say Mary C Murphy and John O&rsquo;Brennan

Former TD and All-Ireland- winning Galway manager John O&rsquo;Mahony has called for the Government grant scheme for GAA players to be restored to &ldquo;at least&rdquo; its original status.

John O&rsquo;Shea admitted Ireland will have to improve their defensive discipline at the Euros following last night&rsquo;s draw against Slovakia.

John O&rsquo;Shea won&rsquo;t have any trouble adjusting his mindset from a relegation dogfight to the rather more stress-free environs of an international friendly tonight &ndash; but then, as a Sunderland stalwart, he has a bit of previous in this regard.

John O&rsquo;Rourke maintained his top form at the Pike where he beat Jimmy O&rsquo;Driscoll by a bowl in the semi-final of the Se&aacute;n Leahy Cup.