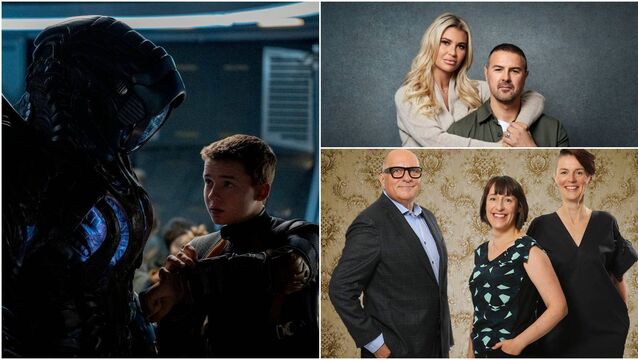 Wednesday TV Tips: Paddy McGuinness on challenges for parents of children with autism

— Plus tackling damp and dated bungalows; and Lost in Space final series is available now 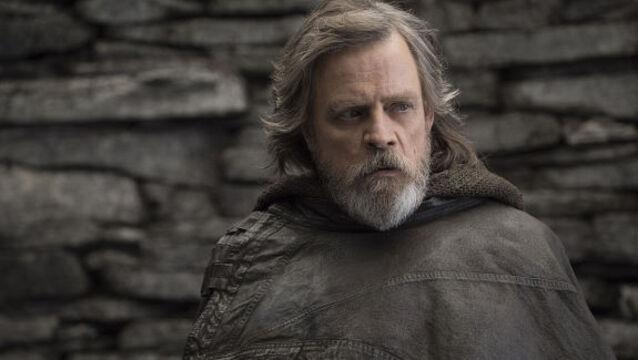 Vanity Fair has released new images from behind the scenes of the latest Star Wars movie, The Rise of Skywalker. 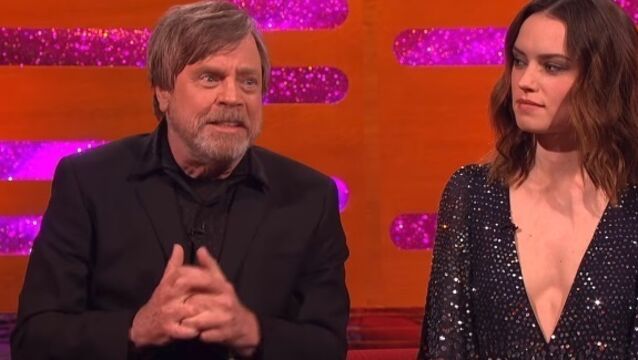 Get ready for the Jedi in latest Star Wars instalment

Skywalker prepares for the passing of the flame

Skellig Michael's star turn in Star Wars: The Last Jedi is 'the best advert for Ireland ever made'

The hot 100: We round up the big tickets for autumn

From movies to music, food to fashion, our critics round up the big tickets for autumn

Here’s who’s on The Graham Norton Show this week

What better way to kick start the bank holiday weekend.

Based on the best selling novel by Dave Eggers, The Circle sees Tom Hanks play an iconoclastic tech CEO who believes that transparency is the key to unlocking human potential.

The organisers of the Oscars have invited a record number of new people to vote for next year&rsquo;s Academy Awards following the row over a lack of diversity.

We had already heard that Pacific Rim 2 was definitely happening, and now we know exactly when the beasts and bots are back.

The Academy Awards 2016 were dogged by controversy surrounding the predominantly white and male dominance, and that's set to change.

Despite plenty of uncertainty over the fate of Pacific Rim 2, it looks like we finally have confirmation that it&#39;s actually happening. And it&#39;s picked up quite the lead in the form of John Boyega (Star Wars Episode VII).

Jesse Owens challenged racists in the US and Nazi Germany. A new film delves into his amazing story, writes Will Lawrence

Star Wars Episode VIII is currently filming at Pinewood Studios in the UK, giving the Royal lads Prince Harry and Prince William a chance to visit the set last week.

Will Smith celebrates 30 years in showbiz with special MTV award

Will Smith was hailed as a &ldquo;champion for diversity&rdquo; as he was honoured at the MTV Movie Awards.

It&rsquo;s not a galaxy far, far away, but by the time it&rsquo;s finished, the scene at Ceann Sib&eacute;al in Co Kerry will be every bit the intergalactic equal of Skellig Michael, as our exclusive pictures show.

Star Wars actor John Boyega has said he is &ldquo;really sorry&rdquo; for any misunderstanding over a comment he made about diversity at the Screen Nation Awards.

Once on an island far, far away, Star Wars landed on the rocky slopes of Skellig Michael off the coast of Kerry.

Actress Daisy Ridley has said she &ldquo;will not apologise&rdquo; for her body in response to criticism on social media that she is too thin.

Star Wars Battlefront has Hoth, and Luke and shedloads of lasers but it&#39;s missing one pretty important thing - a story. And it looks like even a stormtrooper has noticed.

Irish celebrities are among the most influential in Europe, according to Forbes

Three Irish people have been named among the 30 most influential Europeans in the entertainment industry.

Irish actors Saoirse Ronan and Michael Fassbender are flying the flag for the nation&rsquo;s thespians &mdash; both have just been nominated for prestigious Bafta awards.

'Star Wars: The Force Awakens' has become the fastest film to earn $1 billion at the box office.

Star Wars director JJ Abrams said he wanted to make female characters a central part of The Force Awakens&nbsp;so it would &ldquo;feel the way the world looks and feels&rdquo;.

The cast of Star Wars: The Force Awakens joins Jimmy Fallon and The Roots to sing an A Cappella Star Wars medley. Yes, it is as fantastic as it sounds.

WATCH: Latest instalment of Star Wars looks set to be just the ticket for fans

The first people to see the new Star Wars&nbsp;movie are leaving the screening with good news for loyal fans of the franchise.

VIDEO & PICS: A galaxy of stars out in force for Star Wars premiere

The Force finally returned to Hollywood as Harrison Ford, Carrie Fisher, and Mark Hamill walked the red carpet at the world premiere of the new Star Wars movie.

Star Wars: The Force Awakens still cloaked in secrecy ahead of Irish opening

After months of hype, Star Wars: The Force Awakens is almost here.

Star Wars The Force Awakens is a film that's going to be a little bit popular, and everyone involved is a huge fan

Star Wars Episode VII The Force Awakens is less than a month away, and we still can&#39;t quite get used to the fact that we&#39;re watching promotional material for an actual, real-life Star Wars sequel!

A terminally ill Star Wars fan, who was given just a few months to live, has been granted his wish to see the The Force Awakens, the latest film in the franchise, nearly two months before it comes out in theatres.

Let’s begin shall we?

It&rsquo;s almost upon us - the moment you have been waiting for more years than you care to admit. With less than two months to go,&nbsp;Star Wars: The Force Awakens&nbsp;has released it&rsquo;s official trailer.

It is official, Star Wars Episode VII The Force Awakens is going to be in cinemas in Ireland early!

Tatiana Maslany could still be in Star Wars!

Orphan Black star Tatiana Maslany could still land a part in an upcoming Star Wars movie, with her name on the shortlist for Episode VIII

It took a Hollywood blockbuster to do it, but Domhnall Gleeson has officially been lured to the dark side.

‘Star Wars’ veterans out in force with new cast members

The force is still with the cast of Star Wars.

Star Wars fans hailed the trailer for the latest instalment in the franchise as &ldquo;spectacular&rdquo;, with plenty of drama to keep moviegoers on the edge of their seats as they await the full release later this year.