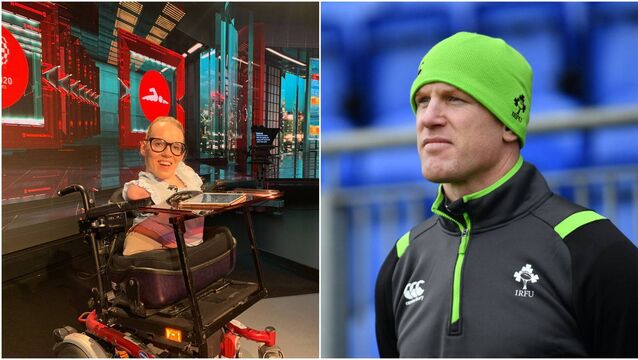 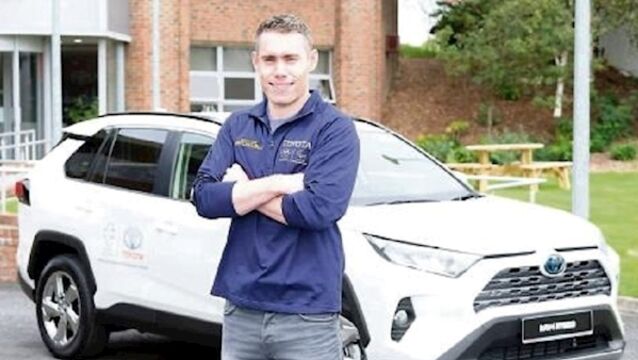 Jason Smyth will be 34 at Tokyo 2021 if the Games occupy the same calendar slot, but he isn’t worried that time will catch up his legs. 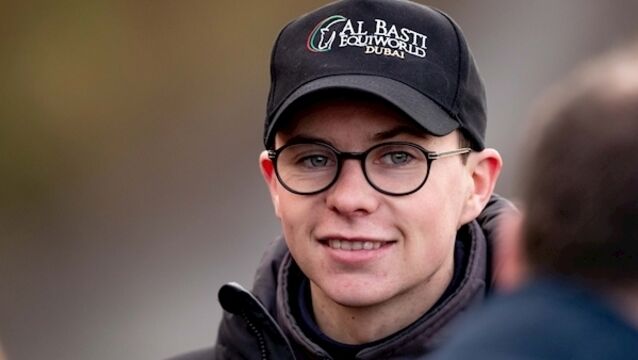 GAA managers make up four of the seven shortlisted.

Jordan Lee: ‘I want to raise the bar every time I compete’

A better, brighter era awaits with beginning of the end of old FAI

They can’t escape now. Not even him.

The London Stadium proved to be a happy hunting ground for Irish sprinter Jason Smyth.

Jason Smyth will be confident of completing a sprint double at the World Para Athletics Championships in London this evening.

Irish athletes Jason Smyth and Michael McKillop have secured gold for Ireland today at the World Para-athletics Championships in the London Stadium.

Jason Smyth (28), a visually impaired sprinter from Derry, is officially the &lsquo;fastest Paralympian on the planet.&rsquo; He won T13 gold at both 100m &amp; 200m in the 2008 Beijing and 2012 Paralympics and won his fifth gold by retaining his T13 100m title at the Paralympic Games in Rio de Janiero in September. His 100m personal best (10:22) is the second fastest ever by an Irishman and he is also one of only 10 Irish men to break 21 seconds for 200m.

The Shape I’m In: Jason Smyth

HE may be known as &lsquo;the fastest Paralympian on the planet&rsquo;, but Jason Smyth is not about to get carried away by the third consecutive gold medal in the 100m sprint he earned in Rio.

Thomas Barr decided to strike while the iron was hot and run a Diamond League meet. Natalya Coyle spent a fortnight working for RT&Eacute; as a pundit on the Paralympics. Colin Lynch is targeting a world record mile attempt on the bike and Paul Pollock set off on a leisurely road trip around Ireland.

It was well before noon when the thick layer of green began to form.

Jason Smyth (28), a visually impaired sprinter from Derry, is officially the &lsquo;fastest Paralympian on the planet.&rsquo; His 100m personal best (10:22) is the second fastest ever by an Irishman and he is also one of only 10 Irish men to break 21 seconds. He won T13 gold at both 100m &amp; 200m in the 2008 Beijing and 2012 Paralympics and won his fifth Paralympic gold medal by winning the T13 100m final in Rio de Janeiro.

Struggle for Irish as heat takes toll at Paralympic Games

A day to forget. For the majority of the Irish team in action in Rio yesterday, that was how they&rsquo;ll look back on the fifth day of the Paralympic Games.

Behind their jokey &lsquo;Chuckle Brothers&rsquo; act, this is the reality for Ireland&rsquo;s Paralympic golden boys.

It was three years ago at a track meet in Lyon that Jason Smyth and his team first came across a lanky Namibian by the name of Johannes Nambala. Gangly and fast while wobbly and technically poor, it was a combination that meant room for improvement and therefore slight concern.

Jason Smyth is an Irish hero

WITH good news rarer than hen&rsquo;s teeth in these bleak times, the sparkle of gold in Rio de Janeiro is indeed a heartlifting event and a badly needed cause for celebration.

Paralympic debuts can a nerve-wracking experience at the best of times, but to do it at the age of 21, running from the front with a visual impairment, must make it all the more terrifying.

Some reflection of the road disability sport has still to travel in Brazil was clearly seen in the Deodora Stadium in Rio yesterday.

Team Ireland has its first finalists at the Paralympics

Team Ireland's James Scully has made it into the S-5 200-metre freestyle final at the Paralympics.

Let&rsquo;s not pretend that this, for the most part, is somehow different.

The Paralympics begins with tonight&rsquo;s opening ceremony, so here are some of Ireland&rsquo;s top medal hopes...

Jason Smyth is&nbsp;a visually impaired sprinter from Derry, is officially the &lsquo;fastest Paralympian on the planet.&rsquo; In this month's blog, he discusses his final preparations and why he's skipping the opening ceremony.&nbsp;

Jason Smyth's Paralympics blog: 'Just because I can’t see very well doesn’t mean I’m not capable of being able to compete with the best'

Jason Smyth&nbsp;(29), a visually-impaired sprinter from Derry, is officially the "fastest Paralympian on the planet". He will be writing a monthly blog in the build-up to the 2016 Paralympic Games.

Jason Smyth (28), a visually impaired sprinter from Derry, is officially the &lsquo;fastest Paralympian on the planet.&rsquo; He will be writing a monthly blog in the build-up to the 2016 Paralympic Games.

Rob Heffernan has claimed that the race-walking events at the Rio Olympics will not be the same given the absence of Russian athletes.

Cork City Sports meet director Joe Hartnett is extremely satisfied with the depth of talent assembled for the 65th edition of the event despite this year&rsquo;s meet clashing with a number of national trials.

Ireland&rsquo;s team leader for the 2016 Paralympics says none of its female athletes or staff has expressed any reservations about travelling to Rio in September, despite growing fears about the Zika virus.

Ireland&rsquo;s Paralympic team has been set a target of eight medals from this year&rsquo;s Games in Brazil.

The Jason Smyth Interview: ‘I have to live my life with this’

Jason Smyth&rsquo;s journey from a life altering eye disease to becoming the fastest paralympian in the world may be the stuff of a Hollywood screenplay but the Northern Ireland speedster is still rooted in reality...

Opportunities to benefit from major breakthroughs on sight-loss will be lost without a national registry of patients with eye disease, Fighting Blindness has warned.

Michael McKillop rounded off a successful Paralympic Athletics European Championships for Ireland in Swansea when he added the T38 1500m title to his T38 800m crown.

Ireland&rsquo;s Jason Smyth completed the sprint double at the Paralympic Athletics European Championships in Swansea yesterday, adding the T12 200m title to 100m crown he claimed earlier in the week.

Orla Barry has won silver in the women's discus final at the IPC Athletics European Championships in Swansea.

McKillop claims another gold for Ireland

Michael McKillop added Ireland&rsquo;s second gold medal at the IPC European Championships in Swansea yesterday with a front-running victory in the T38 800m in 1:58.16.

Jason Smyth continued his dominance at Paralympic level by powering to victory in the T12 100m in 10.78 seconds at the IPC European Championships in Swansea yesterday.

Ireland&rsquo;s medal ambitions for the 2016 Paralympic Games received an unexpected boost yesterday with news the world&rsquo;s fastest Paralympian, Jason Smyth, will now be in a position to compete in two events in Rio de Janeiro.

A host of athletic stars from around the world have arrived for the meet being held this evening in CIT.

Chasing Paralympic dream as Rio revelry appears over the horizon

The RTÉ Sports Person of the Year for 2013 is jockey Tony McCoy.

Double gold medallists Michael McKillop and Jason Smyth have been denied the opportunity to defend their Paralympic titles in Rio.

Orla Barry has secured her best ever result at a major Championship by winning silver in the F57/58 women’s discus at the IPC Athletics World Championships in Lyon.