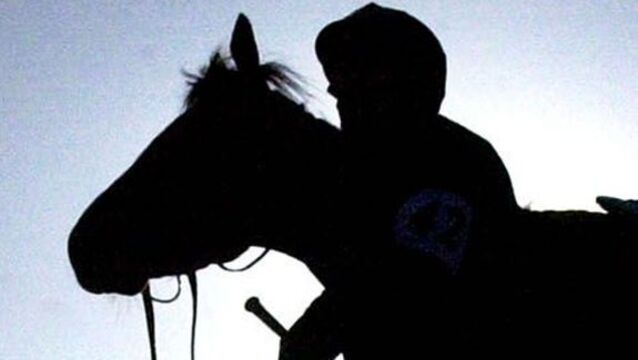 Coillte Lass gets Michael Twomey off the mark at Dromahane

Yesterday&rsquo;s well-attended Doneraile Harriers point-to-point meeting at Dromahane is one that will live long in the memory of Aghabullogue point-to-point committee member Michael Twomey for he was credited with his first success as an owner when Coillte Lass showed a blistering turn of foot from the final fence to win the five and six-year-old mares&rsquo; maiden.

Handler Denis Prendergast and rider Kevin Power were in splendid form at yesterday&rsquo;s well-attended Inch point-to-point fixture, run under the auspices of the Killeagh Harriers at Ballyanthony, as they combined to record a double.

Cillian’s Return gets off the mark over flights in style

Cillian&rsquo;s Return, bought out of Bill Farrell&rsquo;s by J P McManus after taking a bumper at Fairyhouse on New Year&rsquo;s Day, made a winning start for his new connections when easily taking the Michael Maher Building And Construction Services Maiden Hurdle at Tipperary last night.

Blae best as promising newcomers battle it out

It may well happen that we will hearing a lot more about Boris De Blae and Rabunda, a pair of newcomers, that finished first and second in that order in the four-year-old maiden at yesterday’s Duhallow Foxhounds point-to-point.

Queally has a cracking prospect in Uncle Danny

There was some competitive fare on offer at yesterday’s well-attended West Waterford Foxhounds point-to-point fixture at Lismore and handler John Queally, who was on the mark with former pointer Gaillimh A Chroi in the listed mares’ bumper at Sandown on Saturday, appears to have a cracking prospect on his hands in Uncle Danny who readily put his rivals to the sword in the five-year-old geldings’ maiden.

The Tim Townend-owned/trained Dr Patmassini lit up yesterday’s 10th annual Clonmult/Dungourney point-to-point meeting at Avaune by readily putting his rivals to the sword in the winners of two.

‘Corky’ ends season on a high

‘Corky’ Carroll certainly had an afternoon to savour at yesterday’s well-attended second session of the two-day Kinsale point-to-point at Farrangalway for he partnered three winners.

The Eugene O’Sullivan-trained Pocket Reader showed that tenacity is his definite strong suit by winning the open lightweight at yesterday’s United Foxhounds point-to-point fixture at Ballindenisk.

Clonmel hotelier John Nallen has experienced a terrific run of success with his charges in point-to-points this season and the owner/trainer struck once more with newcomer Minella Friend in the four-year-old geldings’ maiden at yesterday’s Killeady Harriers meeting at Dromahane.

The North Kerry Harriers staged their annual Ballybunion point-to-point fixture on Saturday evening and Carrigtwohill owner/trainer Don Browne’s Cloneen Storm (11/10) lit up the seven-race session for many by registering a gallant front-running success under a well-judged ride from James Hannon in the open lightweight.

Easy success for Witness in winners of one

Kinsale-based trainer/breeder Finbarr Tierney seems to have a genuinely nice prospect on his hands in the form of Ardkilly Witness who had little difficulty in gaining a second career success in the winners of one at yesterday’s well-attended Cloyne Harriers point-to-point fixture which took place at Dromahane.

Ground conditions were extremely demanding at yesterday’s Pigeon Hill & Carrigtwohill point-to-point fixture, but Croom-based civil engineer Fergus O’Connor was still the happiest individual at the Clyduff venue as he recorded his fourth career success by guiding his wife Irene Walsh’s Pocket Reader (10/1) to a popular success in the Winners’ Of One.

Kiely gets off the mark on Haile Deadly

YESTERDAY’S West Waterford Foxhounds point-to-point meeting at Lismore is one that will live long in the memory of teenager Jason Kiely for the 18-year-old amateur from Herbertstown partnered an initial career winner aboard the Patrick Farrell-trained Haile Deadly in the winners of one contest.

RUBY WALSH and Tony Martin joined forces to land a double with Psycho and Tijuana Dancer at Clonmel yesterday.

QUEVEGA will be aimed at the David Nicholson Mares Hurdle at Cheltenham following her impressive seasonal debut victory in the Book The Punchestown Pavilion At The Festival Hurdle at Punchestown yesterday.

Three from three for Maguire