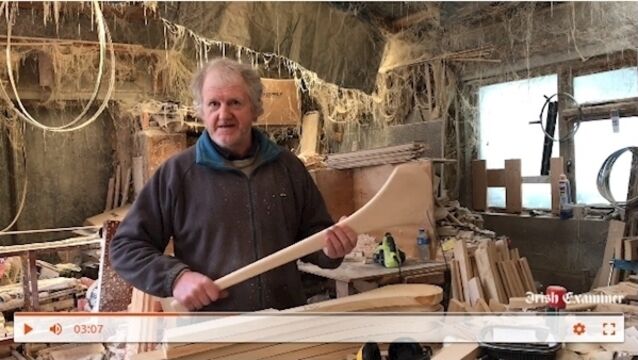 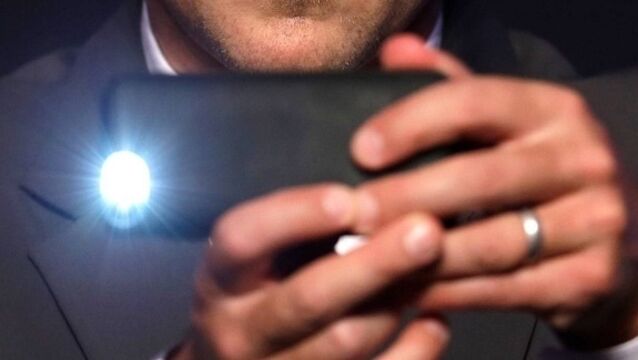 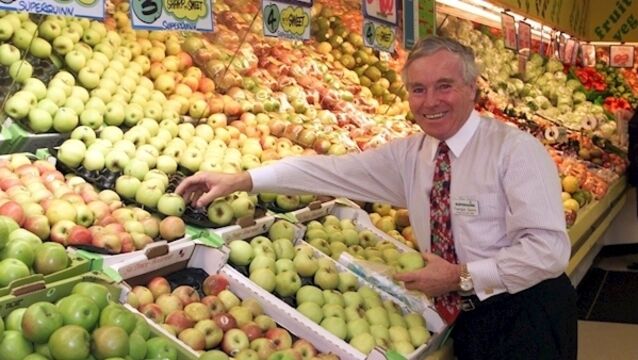 The business world is paying tributes to Superquinn founder Feargal Quinn, who has died aged 82.

A new partnership between the University of Limerick and the Irish Examiner has been launched, in which coursework produced by UL journalism students will be highlighted on irishexaminer.com.

Journalism students at the University of Limerick are releasing their ninth newspaper consisting of investigative pieces, sports, and general news from in and around the city and county.

Political cartoonist Aseem Trivedi speaks at the University of Limerick

Political cartoonist and activist, Aseem Trivedi, whose cartoons sparked controversy in India&rsquo;s 2011 anti-corruption movement, spoke at the University of Limerick this week.

FUNNY&nbsp;thing about Enda Kenny is that the attempt to take him out in 2010 was the making of him. Till then, for eight years since his election as party leader in 2002, he endured slights, put-downs and was at best just patronised by some of his own colleagues in Fine Gael.&nbsp;

TV: What to watch this week

We, the voters, are just as much to blame for the rot at the top

How do we restore trust in and credibility to our institutions, asks Gerard Howlin?

Start to act on homelessness

Having journeyed with people who are homeless or in need since 1969, I am appalled that despite being alerted to the increase in numbers of people accessing services such as the Capuchin Day Centre, the current housing crisis has been allowed to develop and that it took until two days before an election before it reached the agenda of the Oireachtas.

The Government is being asked to tackle the issue of upward only rent reviews.

Superquinn was officially killed off today and there was much gnashing of teeth on Twitter over it.

Superquinn supermarkets are officially being rebranded to SuperValu today.

From today onwards, the only remaining trace of the brand founded by Senator Fergal Quinn will be the Superquinn sausage.

ESB and Irish Water staff who strike could be fined or jailed if their industrial action leads to supplies being cut off.

I was absolutely in favour of the abolition of the Seanad basically because it was being abused by failed general election candidates and would-be Dáil candidates.

The group of rebel Fine Gael TDs, the Reform Alliance, are said to be seeking a suspension of normal Dáil business tomorrow to discuss reform the Seanad.

Quinn: Senators do a huge amount of work

A prominent Senator has claimed that members of the Seanad are to blame for the lack of publicity given to their work.

ABOLISH the Seanad and shut down the best chance we have of making politics truly representative. A reformed Seanad could offer a door to public office for the dark side of the moon of Irish life: the people who don’t have jobs.

Abolition is about a politics fearful of other ideas. Abolition would stymie the challenge to the dominance every Irish government has had over a directly elected Dáil and an indirectly-elected Seanad

An attempt to delay the referendum on abolition of the Seanad has failed.

Up to six senators will seek to block bill

Dissident Fine Gael senators will attempt to block the passing of the abortion legislation through the Seanad on Monday.

Independent Senator Fergal Quinn has welcomed the news of a referendum on the abolition of the Seanad next autumn.

TV not to miss: MasterChef Ireland

Sinn Féin wants to make corporations ineligible for the single farm payment, and proposes to limit the amount an individual can claim at €100,000.

Abolishing the Seanad for a money-saving soundbite is a knee-jerk reaction that will only consolidate more power in the hands of Dáil incumbents, writes Michael Clifford

The parents of the first deaf Irish toddler to get a pioneering ‘bionic ear’ implant described themselves as “elated and exhausted” last night after surgeons told them the seven-hour operation “couldn’t have gone better”.

New book to illustrate growth of cheesemaking in Ireland

FARMHOUSE cheese producers will be given a lift tomorrow with the launch of a book illustrating the sector’s growth in recent years.

Pain being doled out unequally in society

Those at the weakest point, those who are most vulnerable, will be called on to take the greatest hit.

Superquinn finally makes it to Cork in Musgrave takeover

THERE’S a bit of irony in Musgrave taking over Superquinn. Musgrave is one of Cork’s biggest companies and Superquinn’s expansion plans never quite made it to the deep south.

Not the comfy chair! Household names are now part of the furniture

THERE she was in an ad for a chair.

A FEW years ago at a meeting with a senior banker in relation to financing an acquisition I raised the question of their fees. The head honcho replied “I love to talk dirty…”

FOUR out of five senators are double-jobbing or have extra incomes on top of the &euro;70,000-plus paid to them by the State for working just three days a week, 34 weeks a year in the Upper House.

Over the past two weeks the Government has spun the message that previous fiscal targets are to be relaxed. An exchequer annual deficit of 9.5% or €17.5bn could stretch to 12%. We are now embarking along the same road as the 1980s

Senior managers at SR Technics in Dublin have reportedly teamed up with a private equity group to make a bid for the business.

After McAleese, the list is long but one man would be good for a laugh

PRESIDENT Mary McAleese is donating a number of ball gowns to a charity auction. This alerted me to the prospect of life after her presidency when it ends in 2011.

Musgrave ‘in line to buy Superquinn’

There was speculation today that the giant Cork cash and carry company Musgrave is in the running to buy the Superquinn chain of supermarkets.

Superquinn has confirmed that it is evaluating a number of expressions of interest from possible buyers of the supermarket chain.

THE eyes of Europe and much of the world will be on Ireland when we vote on the new EU treaty — the Treaty of Lisbon — and particularly as it now seems we will be the only member state to have a referendum on it.

FIANNA FÁIL last night retained majority control of the Seanad despite the loss of two seats over the course of the four-day count.

EUROPE’S grocers and supermarkets say they do not want to be forced to label food with nutritional information.

Fergal Quinn and his family are to sell a substantial stake in their Superquinn chain in a deal worth more than €350m.

THE Government is to move to close the legal loophole which allowed the controversial passports-for-sale scandal to take place five years ago.