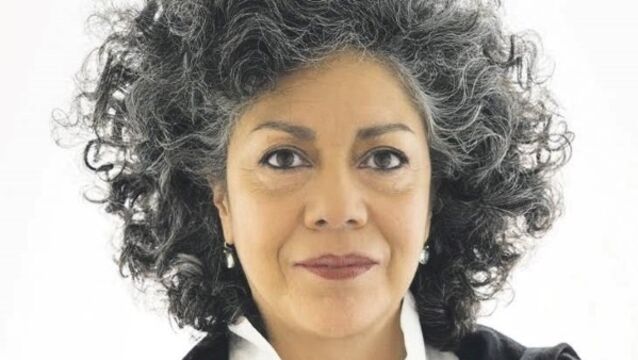 Doris Salcedo rails against the violence of her native Colombia in her major exhibition at IMMA, writes Ellie O’Byrne

How football brings out our best — and worst

A permanent ceasefire is taking effect in Colombia, in the latest step to bring an end to 52 years of bloody combat between the government and the country's biggest rebel group.

Colombia&rsquo;s government and Marxist Farc rebels reached a final peace deal yesterday to end a five-decade war which once took the resource-rich country to the brink of collapse.

Rebels and Colombia in ceasefire deal

Colombia&rsquo;s government and leftist rebels announced that they have reached a deal on a ceasefire that would be the last major step toward ending Latin America&rsquo;s oldest guerrilla war.

The Colombian government and rebel group FARC have reached a deal on a bilateral ceasefire that would be the last major step toward ending one of the world's longest wars.

USA:&nbsp;Police say a goat apparently needed a caffeine fix when it wandered into a Starbucks in northern California.

While I have only been loosely following financial markets over the last three weeks &mdash; after all, in the short-term it is all just noise &mdash; my three weeks in Colombia have provided me with new perspectives and insights that I look forward to sharing in the coming weeks.

The identities of victims of the twin terror attacks in Brussels have started to trickle through.

Rice soaked in cocaine is a first, say Argentine customs

Argentine customs found 30kg of cocaine hidden in a way they had never seen before, absorbed in of rice headed for Europe via Africa. It was detected by dogs.

Ireland has the highest rate of granting citizenship to foreign nationals of any country in the EU.

The health perks of your caffeine fix

Tea or coffee? To find out which is healthiest, Peta Bee looks at the science behind the benefits of the leaf and the bean.

Colombia&rsquo;s government has rebuffed a unilateral truce declared by the country&rsquo;s largest rebel group, saying conditions demanded by the guerrillas are unacceptable until a peace deal is reached.

A Belfast pub has posted a tongue-in-cheek response to a peeved patron who accused their bouncers of selling cocaine.

I like to call it the chocolate cake versus apple tart debate, because that&rsquo;s how I roll. I keep the metaphors on the basic side, me.

A letter from Brazil: We all live in a yellow submarine

This country&rsquo;s Bureau Of Tropical Diseases has issued an urgent warning about an expected massive outbreak of yellow fever next Friday.

One of the country&rsquo;s biggest suspected drug importers is being questioned in connection with the third largest heroin seizure in the history of the State.

Everything we know is wrong

Wake-up call for a nation

Colombians on the verge of last 16

Nicolas Roche said he was left proud but almost speechless by the welcome he received at the opening of the Giro D'Italia in Belfast.

Women ‘were threatened by Colombian gangsters’

The two women held over suspected drug trafficking in Peru have claimed they were forced to act at gunpoint by Colombian gangsters, it was claimed last night.

Two women held over suspected drug trafficking in Peru have claimed they were forced to act at gunpoint by Colombian gangsters, it was claimed tonight.

Welcome to the daily grind

IT’S 9.30am and the morning sun is filtering through the window of Insomnia Cafe, Blackrock, Co Dublin.

The US Secret Service sex scandal has spawned X-rated jokes, inspired a spicy song set to a local Caribbean beat, and made an unlikely celebrity of a 42-year-old taxi driver who lives with his mother and now seems to be in hiding.

Twenty-five suspected members of the Anonymous hacker movement have been arrested in police raids across Europe and South America.

Only four Irish foods make it on to EU quality list

IRELAND has only four of its foods registered as quality products within the EU and has failed to get its biggest export — beef — on the prestigious list.

ANY loosed-tongued World Cup commentator tempted to describe an own goal as “a tragedy” would do well to note that yesterday, July 2, marked the 16th anniversary of the murder of Andres Escobar, the Colombian player whose final major act for his country had been to put through his own goal in a game against the host nation at USA ‘94.

A former defence minister from a powerful political clan who oversaw a major weakening of leftist rebels won Colombia’s presidency, routing an eccentric outsider in a runoff.

Colombians go to polls in vote for presidential successor

COLOMBIANS voted for a successor to President Alvaro Uribe yesterday in what was expected to be a rout favouring a former defence minister who oversaw a major weakening of leftist rebels.

Colombia’s President Alvaro Uribe signed legislation calling for a national referendum on amending the constitution to allow him to seek re-election for a second time.

THE beginning of a new year has been celebrated in some manner for more than five millennia. Most rituals that accompany the holiday are intended to symbolically purge the old year or to ensure good times in the new one.

One dead as Colombians riot over pyramid schemes

One person has been killed in rioting over the collapse of pyramid schemes which cost investors millions, authorities in Colombia said today.

Manchester City will be anxious to check on Robinho’s fitness after the star forward was substituted with an injury during Brazil’s World Cup qualifier against Colombia last night.

Manchester City trio Robinho, Jo and Elano have both been named in Brazil’s squad for the World Cup qualifiers against Venezuela and Colombia next month but there is no place for Ronaldinho.

In her first hours of freedom, Ingrid Betancourt held her children tight, visited her father’s grave and sent her husband out to find oranges for breakfast.

It’s the final countdown for Clinton and Obama

CLINTON vs Obama is how the Pennsylvania primary debate was billed last week, capturing the pugilism of the race as the candidates gear up for Tuesday’s possible make or break vote in the Keystone State.

Democratic White House hopeful Hillary Clinton’s pollster and senior strategist has left her campaign after it was disclosed he met representatives of the Colombian government to help promote a free trade agreement his boss opposes.

More than two dozen Colombian prisoners arrested three years ago in an alleged plot against President Hugo Chavez were freed in a goodwill gesture he hopes will bring about a prisoner exchange in Colombia.

A red carpet official welcome and rioting protesters greeted US President George W Bush yesterday as he stopped briefly to renew US support for its ally Colombia.

THE Colombian government appears to have given up its pursuit of the so-called Colombia Three.