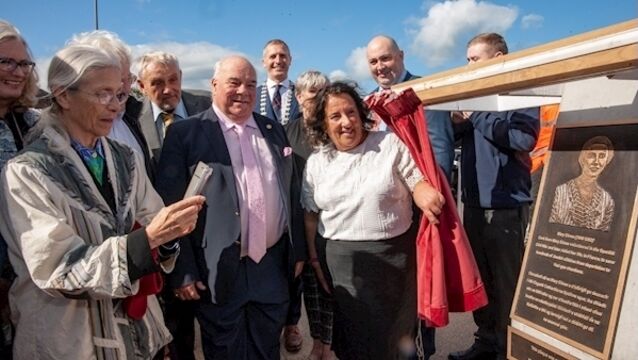 Mary Elmes - Lessons from history must not be forgotten

Cork — and Ireland — has had the honour this week of welcoming two extra-special guests; two people who as young children in 1942, in Vichy France, were saved from what would have been their guaranteed deaths in Auschwitz. 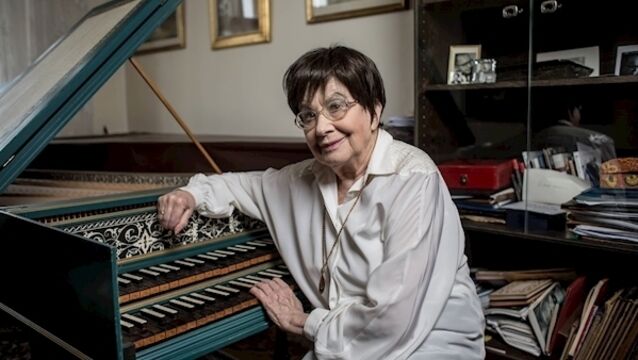 Incarcerated in Auschwitz and other Nazi death camps Zuzana Ruzickova somehow survived and went on to create the complete recordings of her beloved Bach, writes James Lawless. 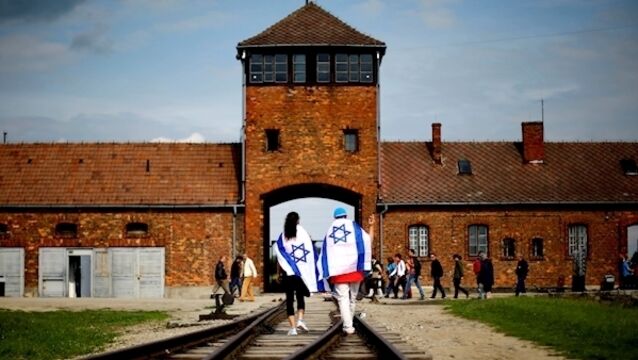 Although undermined by its structure, and debatable points presented as unchallenged truths, Deborah Lipstadt’s book exposing bigotry and hate suffered by Jews is an essential read, writes Ronan Breathnach.

Readers' Blog: Return of the extreme right creeps up on us

Is Germany truly resistant to populism?

The horrors of Nazism and a consistently robust economy have inoculated the country from extremism, but undercurrents of discontent should not be ignored, says Michael Br&ouml;ning

When Myer Bookman was born in Hibernian Buildings on Albert Road in 1891, to a Jewish family from Russia, he could hardly have dreamt how his birth could still be having repercussions in European identity politics more than a century later.

Call of Duty: WWII's zombie mode to be revealed on July 20th

Zombies have been a staple of the Call of Duty franchise since 2008’s “World at War” but CoD: WWII’s developer promises a “twisted new vision."

What possessed seemingly cultured men to implement a policy of barbarism against the Jews of Europe? Laurence Rees seeks the answer in what JP O&rsquo;Malley considers to be a magisterial undertaking of research.

Activision has released the first full trailer for the upcoming Call of Duty: WWII set for release on November 3 for the PlayStation 4, Xbox One and PC.

Neo-Nazi Thomas Mair, who gunned down Labour MP Jo Cox while shouting "Britain first", has today been found guilty of her murder.

Rhetoric reduced to ridicule as reality is rendered in a riddle

All editing is over. Speech, projected on new platforms, has become the newly authoritative medium, writes&nbsp;Gerard Howlin.

Boris Johnson faced a furious political backlash after he compared European Union efforts to build a federal super state to Hitler&rsquo;s plans to dominate the continent.

Silence in the face of history’s worst evil

Following a ground-breaking case in Germany last week, in which a former Auschwitz guard apologised for his crimes, Andrew Nagorski looks at the refusal of many former Nazis to say sorry.

Book review: If This Is a Woman - Inside Ravensbrück: Hitler’s Concentration Camp for Women

OPENING its gates in May, 1939, four months before the outbreak of the Second World War &mdash; to be liberated by the Russians six years later &mdash; Ravensbr&uuml;ck, 50 miles north of Berlin, in Germany, was the only concentration camp the Nazis built to house only female political prisoners.

Check out our tips on what to watch on TV tonight.

Economic migrants should be welcomed as warmly as refugees

THIS week a 94 year-old man was sent to jail for four years because of his complicity in the murder of 300,000 Hungarian Jews in Auschwitz. Oskar Gr&ouml;ning, a former SS officer, was a bookkeeper who kept records of the personal belongings stolen from concentration camp inmates before they were murdered.&nbsp;

&ldquo;Everywhere, welfare authorities were calling in the unemployed for questioning and examination as to whether they were fit for work, those who were deemed fit were drafted into&hellip;&hellip;schemes of one kind or another; those who failed to appear were taken off the register, and their payments stopped. Rent supplements were cut, payments to carers for the old and sick for medication were slashed. A working-class woman who asked the welfare officer for help in paying for her 75-year-old mother, whom she cared for at home, was told that the state would no longer pay for such people, who were nothing but a burden on the national community&rsquo;&rsquo;.

Check out our tips on what to watch on TV tonight.

IS are ‘rewriting’ history, just as the Nazis did

The destruction of historical and religious artifacts in Nimrud, by the so-called Islamic State, is merely the latest example of these fundamentalists hiding evidence of a past that contradicts their rigid contemporary orthodoxy (Irish Examiner, April 13).&nbsp;

Greek prime minister Alexis Tsipras and German chancellor Angela Merkel put on a public display of mutual goodwill yesterday, appealing to Greeks and Germans to set aside recrimination and national stereotypes and work for a better European future.

When in Paris, do as the Nazis did: the surrendering of a city

DURING the Nazi occupation of Europe, some cities were more unfortunate than others.&nbsp;

Here's our spoiler-free guide to the best shows on TV tonight.

Fury (15A)&nbsp;stars Brad Pitt as Don &lsquo;Wardaddy&rsquo; Collier, the commander of a US Army Sherman tank operating in Nazi Germany during the last months of the Third Reich&rsquo;s last stand.&nbsp;

Ceremonies to commemorate the 70th anniversary of D-Day are drawing thousands of visitors to the cemeteries, beaches and stone-walled villages of Normandy, including some of the few survivors of the largest sea-borne invasion ever mounted.

In The Light of Morning

Crimean secession: A Russian remake of the 1938 Sudeten crisis?

Despite the passage of time, there are many parallels between the German Sudetenland and Crimean crises,writes Bobo Lo

Fresh work and old vie for bidders in Cork

Germany sought to calm a row over art looted during the Nazi era by posting images online of 25 paintings including long-lost works by Matisse, Delacroix and Rodin with the aim of finding their rightful owners.

A vast trove of modern art seized under Germany’s Nazi regime, including works by Picasso, Matisse and Chagall, has been discovered in a Munich apartment among stacks of rotting groceries, German magazine Focus reported.

We prefer to be fooled than hear the truth, and opportunists take note

We lie about ourselves because we prefer the version we make up to the one we grew up with.

When history was made one summer Harlem night

When Harlem is hot, there aren’t many other places in the world where history seems to drip down so readily from the fire escapes and battered neon signs.

North Korea has angrily denied a report its ruler used Adolf Hitler’s memoir as a leadership guide, threatening to kill the authors of the report.

Casablanca sequel to play it all again ...

It’s now 70 years since the Bogart-Bergman classic was made, says John Daly

POPE Benedict XVI has a reputation as a charming and shy man who is also deeply conservative in his outlook and teaching.

Pope Benedict profile: The Pope who tamed his own 'Rottweiler' image

Pope Benedict XVI has a reputation as a charming and shy man who is also deeply conservative in his outlook and teaching.

Relics of Third Reich go under the hammer

Relics of the German Third Reich were at the centre of a bidding battle in Limerick yesterday.

The love letters, school papers, and dramatic works of a college-age Joseph Goebbels reveal a romantic young man beginning to show signs of anti-Semitism and egotistical behaviour, according to a Connecticut auction house selling the pre-war writings of Adolf Hitler’s propaganda chief.

War-time story with reprisals and betrayals

The ex-IRA man who died a Nazi collaborator

A TORY MP who attended a stag party where guests dressed as Nazis has been sacked as a Commons aide for “offensive” behaviour and placed under investigation by David Cameron.

A CONSERVATIVE MP apologised yesterday after reports he attended a stag party with Nazi overtones.

A Conservative MP apologised today after reports he attended a stag party with Nazi overtones.