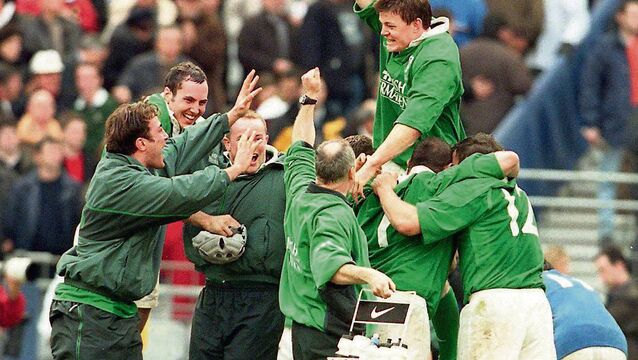 Donal Lenihan: A win that changed the course of Irish rugby

A recent request for a personal auction item to benefit a most deserving cause found me checking the whereabouts of a unique Irish jersey. After a brief search, I found it. 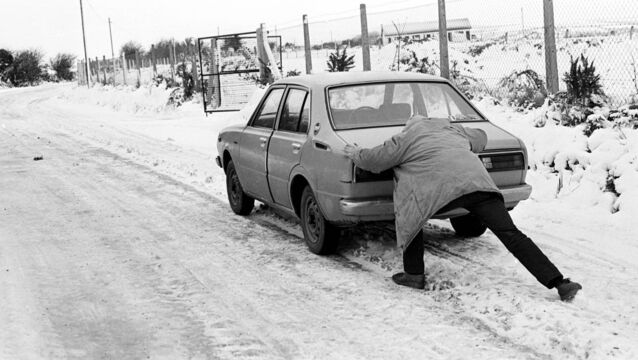 Donal Lenihan: Match postponements a huge headache but they can lead to lasting memories

A S if the sense of anger felt by the Irish players after the 24-12 defeat to England wasn’t bad enough, those emotions paled in comparison to the frustration within the camp following the postponement of the Italian game last week. 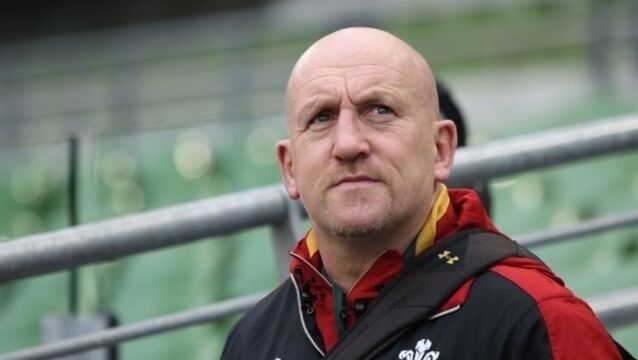 Shaun Edwards remains a potent thorn in England's side

Shaun Edwards played his only game of Rugby Union for England so long ago that Ollie Campbell’s goals had just made Ireland joint champions of the Five Nations.

What does it take to win a Grand Slam? Upset a president for a start...

Weather gods may be looking kindly on Ireland's quest for glory

I couldn&rsquo;t help but think how, with the vast majority of the country covered in a thick blanket of snow over the entire weekend, that perhaps Ireland&rsquo;s Six Nations title aspirations are written in the stars, writes&nbsp;Donal Lenihan.

No finer tribute from one brother to another

There are things that a book can do for you that defy adequate explanation. It is a something deeply personal, a connection made with the words that lingers long after the book is closed and laid down.&nbsp;

Leinster rugby have confirmed the passing of Willie Duggan at the age of 67.

When to drink or not to drink, that is the question anyone involved with a team must ask.

There&rsquo;s a genuine reason why there is so much scepticism about the phrase "back in my day", writes John Fogarty.

World Cup will dictate how this team is remembered

Three months on and this column is still wiping egg from its face, writes Brendan O&rsquo;Brien

Gentleman Jack retained his star quality to the end

I was privileged to meet the great Jack Kyle on several occasions and honoured to share a podium with him as we were both invited to speak at the gala 125-year anniversary celebrations of the IRFU.

Joe Schmidt hadn’t a word of French when he pitched up in the Massif Central town of Clermont-Ferrand back in 2007, but the Kiwi coach was a quick learner and he’s still known for dropping the odd peu de Francais into his vocabulary on those weeks when the opposition is of a Gallic flavour.

French delighted to have ‘world star’ like Sexton in Top 14

The absence of Johnny Sexton from the Irish ranks on Saturday may not be mourned by a France side looking for their first win of this Six Nations but his arrival at Racing Metro next season has been warmly welcomed by one of his new team-mates, Maxime Machenaud.

Sugrue persuaded Ali to come to Dublin, and when the boxer landed, he arrived in a very different country to the Ireland we live in today.

So, no championship title. Certainly no Grand Slam and the diluted Triple Crown is already sitting pretty in a trophy cabinet somewhere in Cardiff’s Millennium Stadium.

After a spectacular 2011, Ireland’s men will hope they can continue the momentum and qualify for the Olympic Games for the first time.

This time no one can blame Dave Pearson

SO much physical and mental energy goes into preparing for an international test match that to have it called off as you are literally about to leave the dressing room must be emotionally draining.

IRISH hockey was yesterday celebrating one of the most famous results in its recent history, after the senior men’s side routed world number six Korea 5-1 at the INSEP Five Nations in Paris yesterday.

Robinson: We can test Les Bleus

Winter hurling not a time for the faint-hearted

YOUR columnist has been colder than he was yesterday in Pairc Ui Chaoimh, but not often. Thurles Sars and De La Salle played in what Sylvia Plath called the light of the mind: cold and planetary.

Time to get serious

IT’S 25 years since Ireland entered the RBS Six Nations as reigning champions, and all of 62 years since they defended a Grand Slam.

Irish rugby legend Karl Mullen, who captained the team that won Ireland's first Grand Slam, has died at the age of 83.

Rugby success would be last word

LAST night some of you may have caught ‘Red Riding’ on Channel 4, a new drama based on the novels of David Peace.

Is this the toughest job in rugby?

HE is considered by many to be the greatest Lion of them all. With an incredible five tours as a player and one as manager, 17 test appearances, including two winning test series against New Zealand and South Africa as captain, Willie John McBride’s pedigree as a legend of the game was cemented long before his retirement.

A chance to emulate ’70s heroes

AMIDST talk of crisis and gloom in the Ireland camp and speculation surrounding the future of Eddie O’Sullivan, Ronan O’Gara’s side is on the cusp of equalling a record set by Irish teams in the ‘70s, who defeated England for five successive seasons in the then Five Nations Championship.

NEW Wales coach Gareth Jenkins has been hailed as “the right man at the right time” after being appointed to succeed Grand Slam winner Mike Ruddock.

NEW Wales coach Gareth Jenkins has been hailed as “the right man at the right time” after being appointed to succeed Grand Slam winner Mike Ruddock.

White wants to enjoy away day

Transferring Scotland’s fine form at Murrayfield in recent matches into similarly impressive performances on the road is what the remainder of this season’s Six Nations is all about, according to captain Jason White.

Lievremont ready to battle for France

Thomas Lievremont believes he is the man who can provide the backbone that has so far been lacking in France’s RBS Six Nations Championship campaign when they host Italy at the Stade de France.

The three head coaches of Scotland’s professional teams have confirmed their interest in replacing Matt Williams as national coach.

Kevin Morgan today underlined Wales’ huge self-belief as they prepare to put their RBS 6 Nations title ambitions on the line.

IT was a depressingly familiar routine. Throughout the 1990s, Irish rugby’s grimmest decade, there was a Groundhog Day element to international Saturdays.

THE Irish Rugby Football Union has adopted a similar stance to the FAI, insisting it be allowed to negotiate television rights on an open market and not be tied to legislation designating certain events as protected and free to air.

The Leslie brothers make their international return together at Murrayfield tomorrow - and remain united in their belief that Scotland will need to be at their best to beat France.

Northampton owner, Keith Barwell, has called for Ireland to be excluded from this years Six Nations championships.

Donal Lenihan insists he has no concerns about New Zealand-born players being selected for the Lions.

England and France are being targeted to play in the southern hemisphere's Tri-Nations series.