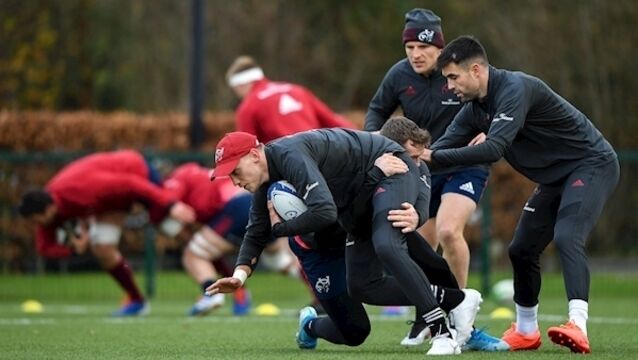 Ask any Munster supporter their thoughts on the Saracens personnel coming to Thomond Park this evening and they will take the matchday squad named by Mark McCall yesterday in a heartbeat. Ask the Munster coaching group the same question and they will not be taking anything for granted. 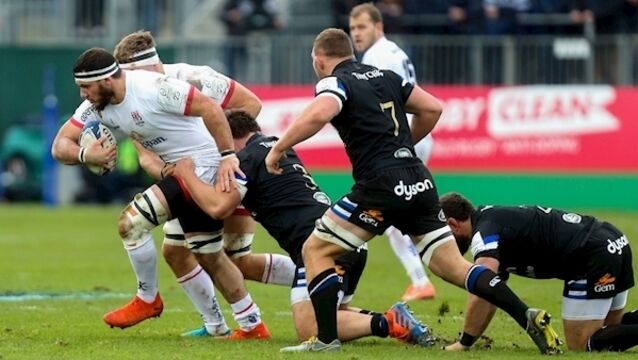 Ulster squeezed out a vital 17-16 victory at Bath in their opening match in Pool Three of the European Champions Cup. 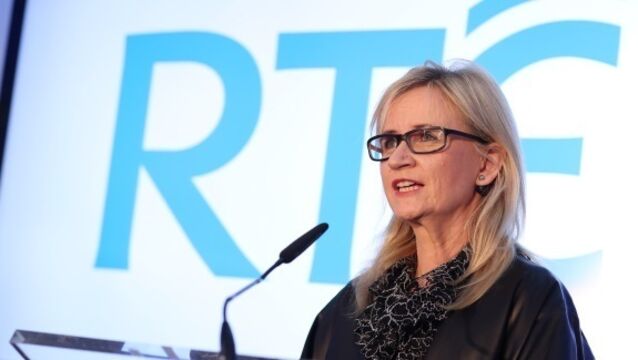 RTÉ has returned an operating deficit for the fourth year in a row, according to its annual accounts, prompting senior figures at the broadcaster to renew their appeal for a reform of its funding.

Heroes of the past still giving to stars of today

Will Best League in the World turn out grand for Tipp?

Ireland up against ‘two masters of the universe’ in 2023 RWC bid, says World Rugby chief executive

World Rugby chief executive Brett Gosper has hinted that Ireland&rsquo;s timing hasn&rsquo;t been right as the country finds itself ranked behind &ldquo;two masters of the universe in terms of putting on major world events&rdquo; in the race to host the 2023 Rugby World Cup.

The England 2018 World Cup bid team made a determined effort to win over former Fifa vice-president Jack Warner and &ldquo;often accommodated his wishes, in apparent violation of bidding rules&rdquo;, the Garcia report has found.

Prehistoric&rsquo; was one of the kinder words used by critics of Jack Charlton&rsquo;s brand of football when he was manager of Ireland but in the foreword he has penned for a newly published biography by Colin Young, the man himself makes the claim that, au contraire &ndash; or, more likely, &lsquo;bugger that&rsquo; &ndash; his Ireland team actually laid the foundations for the game as we know it today.

Anthony Foley ‘a gentleman and one of the greats’

Some of the world&rsquo;s best rugby players have paid tribute to Anthony Foley, not just for his prowess on the field of battle but also for the person he was.

A new initiative to encourage more London blue plaques for notable black and Asian figures has been launched.

A barmy and bonkers season. There will not be another like it.

Soundbites, trash talk and strops: The standout quotes of 2015

As the camera picked out Kim Johnson while husband Zach was putting, Peter Alliss wasn&rsquo;t going to let his final St Andrews Open pass without drawing at least one apology from the BBC:

Toulon owner Mourad Boudjellal has angrily denied allegations of doping made against the triple European champions.

Toulon made rugby union history at Twickenham as they clinched a hat-trick of European titles by defeating fellow French heavyweights Clermont Auvergne 24-18 in the Champions Cup final.

Munster would be delighted to have Leinster’s problems

There were different agendas at play for Leinster, Munster and Ulster approaching their final pool games in the inaugural Champions Cup over the weekend, writes Donal Lenihan.

Rodgers: not getting carried away

Liverpool manager Brendan Rodgers intends to keep every one of his players grounded as the club closes in on a first championship in more than 20 years following the 3-2 win at relegation-threatened Norwich on Easter Sunday.

Dan Carter admits he could not have climbed to the top of world rugby without Jonny Wilkinson’s workaholic precedent.

Jonny Wilkinson has admitted he is unsure if he will be able to line out against Munster in the Heineken Cup semi-final in Marseille on April 27.

Wenger happy to tough it out

VIDEO: Honours even in outstanding game at the Emirates

Andre Villas-Boas thinks a meeting that he held with Gareth Bale earlier this season may have been the spark that ignited the Tottenham forward’s devastating campaign.

Trap: Green is our Gattuso

‘It was an uproariously entertaining education to have known Con’

CON HOULIHAN, the Castleisland colossus, cast such a gigantic shadow that it once temporarily obscured one of the most revered figures in English football history.

Jack Charlton believes that guiding the Republic of Ireland into the knock-out stages of Euro 2012 would be an achievement to rank alongside Giovanni Trapattoni’s greatest in a distinguished career.

Investigators from the FBI have interviewed officials from England’s 2018 World Cup bid as part of a probe into possible computer hacking.

With the big names away in Akron, Londoner Brian Davis will be disappointed if he does not give himself a chance to end his long wait for a PGA Tour victory at this week’s Reno-Tahoe Open in Nevada.

World champion John Higgins admits he “needs to knuckle down” after his shock first-round elimination from the Australian Goldfields Open in Bendigo today.

End of an era?

They sit atop the French championship and have qualified for yet another Heineken Cup quarter-final but there’s something not quite right at Toulouse this season, writes Ian Moriarty

England’s bid for the 2018 World Cup will be boosted today when it is officially judged as “low risk” in FIFA’s evaluation reports of the bidding countries.

MARTIN JOHNSON warned his players the toughest challenge was yet to come after England missed an opportunity of recording a famous victory against New Zealand at Twickenham on Saturday.

DOUBTING the quality of the players lining out for Toulon in this afternoon’s Heineken Cup game against Munster at Thomond Park would serve no useful purpose.

LIVERPOOL manager Roy Hodgson last night refused to comment on reports he has made a bid for Aston Villa’s Luke Young.

Roy Hodgson travelled to Macedonia this morning with a makeshift squad for his first competitive match as Liverpool manager.

England manager Fabio Capello must shoulder the ultimate responsibility for England’s failure in the World Cup, according to Sunderland manager Steve Bruce.

ARSENAL manager Arsene Wenger maintains his summer spending has not finished yet.

Benni McCarthy is determined to make a major impact at West Ham next season - but looks set to face competition in attack as new manager Avram Grant aims to strengthen the squad.

The ‘Big Brother’ housemates will be able to watch today’s England World Cup match against Germany.

FABIO CAPELLO has accused John Terry of making “a very big mistake” with his staggering attack on the England World Cup set-up.

ENGLAND’S hopes of hosting the 2018 World Cup were dealt a blow yesterday after chairman for their bid David Triesman stood down from his post following allegations he accused the Spanish and Russian football federations of bribery.