'Lady Whistledown has got some things to say': First look at new series of Bridgerton
 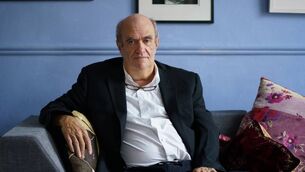