'I will kill you, you c***', man said as he attempted to choke his father
Disclosures TribunalPerson: Paul Barry
 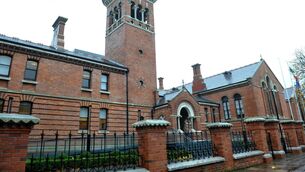