DUP reiterates it will not re-enter Stormont until protocol replaced 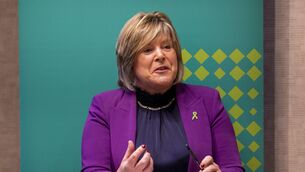