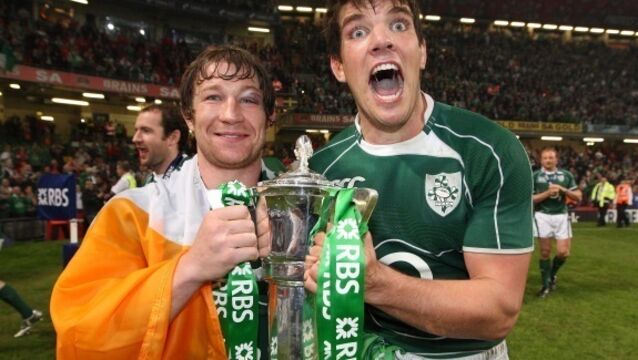 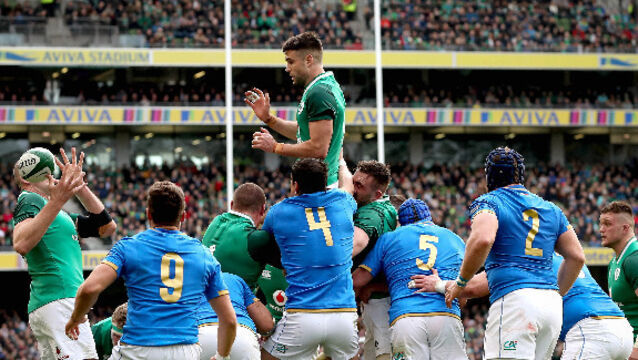 It&rsquo;s less than a decade since Declan Kidney&rsquo;s Irish team secured that famous Grand Slam but it may as well be a page ripped out of an ancient history textbook as Joe Schmidt&rsquo;s current generation of players go about writing their own chapters. 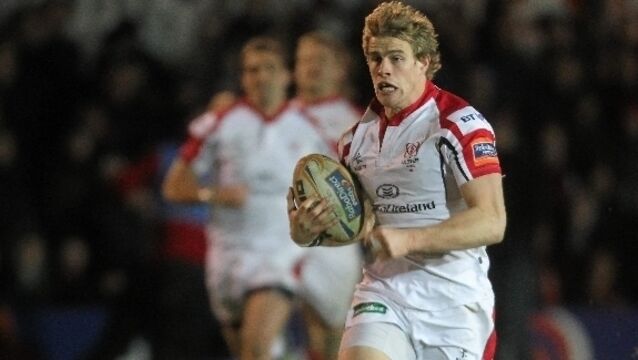 Ireland wing Andrew Trimble shows no signs of any lack of enthusiasm, even though he will notch up 192 appearances for Ulster when they face Cardiff Blues at the Kingspan Stadium this evening.

Another green crop begins to flourish

Paddy Wallace to retire at the end of season

Ulster's Paddy Wallace has confirmed that he will retire at the end of this season.

Payne lifts gloom as Ulster labour to shake off Zebre

Muller back for Ulster’s Treviso game

Ulster skipper Johann Muller will be back in harness for Saturday’s Heineken Cup clash with Treviso at Ravenhill.

20-year-old Ulster back, Stuart Olding, admitted he has found it surreal playing among so many of his boyhood heroes at Ulster this season.

Having gotten back to winning ways against Leinster last weekend, Ulster prop John Afoa can sense the confidence in the squad as they prepare for Saturday’s Heineken Cup quarter-final against Saracens in Twickenham (6.30pm).

Ireland’s latest No 10 Paddy Jackson gets an immediate chance to put last Sunday’s nightmare at Murrayfield behind him when he starts for Ulster in Friday’s RaboDirect Pro12 clash against Treviso at Ravenhill — where he will take over all kicking duties from his half-back partner, Ruan Pienaar.

Ulster centre Paddy Wallace’s season may be over after the club confirmed he ruptured his anterior cruciate ligament in their RaboDirect PRO12 game against Glasgow on Friday evening.

Ireland must start well for so many reasons

The odds of Ulster having Ireland and Lions flanker Stephen Ferris available before their Heineken Cup clash with Saracens in April have lengthened after the latest medical update following surgery on his ankle in December.

Neil Walsh and Conor Joyce will start in an Ulster shirt for the first time after head coach Mark Anscombe included them in a much changed starting XV for tomorrow night’s RaboDirect PRO12 encounter with Glasgow at Scotstoun (7.35pm).

Ireland squad members Chris Henry, Iain Henderson and Declan Fitzpatrick have been added to the provisional Ulster squad ahead of Friday’s RabDirect PRO12 game against Zebre at Ravenhill (7.05pm).

Richard III’s remains may have been discovered in a car park in Leicester earlier this week but Owen Farrell would do well to pay greater heed to Shakespeare’s Henry IV ahead of England’s visit to Dublin this weekend.

The loss of several key Ulster squad members to Six Nations duty has been softened for head coach Mark Anscombe with influential trio Johann Muller, Luke Marshall and Dan Tuohy returning to the squad ahead of Friday’s PRO12 meeting with the Ospreys at Ravenhill (7.05pm).

Ulster to monitor Payne ahead of Castres challenge

Home win looks certain but bonus point is another matter

Ulster’s Tuohy out of Glasgow clash

Ulster head coach Mark Anscombe has had to shuffle his pack for tomorrow evening’s Heineken Cup Pool 4 match against Glasgow Warriors at Ravenhill (8pm) after lock Dan Tuohy failed to recover from the calf strain he sustained against Scarlets.

Luke Marshall and D’Arcy ruled out of Glasgow encounter

Ulster back to winning ways with Ravenhill rout

Ulster’s South African scrum-half Ruan Pienaar will make his 50th appearance for the province when they tackle Scarlets at Ravenhill this evening.

Ulster Head Coach, Mark Anscombe, has made eight changes to the team that lost to Munster last Saturday for tomorrow night’s top-of-the-table clash against Llanelli Scarlets at Ravenhill (7.05pm).

Ulster’s exciting young international winger Craig Gilroy is expected to line-out for the top of the table clash with second-placed Scarlets at Ravenhill on Friday night.

Second row Dan Tuohy has recovered from a leg injury in time to feature in Ulster’s extended squad ahead of Friday's RaboDirect PRO12 game with Scarlets at Ravenhill (7.05pm).

It is just over six months since Leinster dealt so ruthlessly with an emerging Ulster side at Twickenham but the shift in the axis of power has been leaning ever further up the M1 this season.

Ulster Head Coach, Mark Anscombe, has made four personnel and two positional changes to the side that lost to Northampton Saints for tomorrow night’s match against Leinster at Ravenhill.

Chris Henry has been named as captain for the second of Ulster’s back-to-back Heineken Cup Pool 4 clashes with Northampton at Ravenhill on Saturday (6.00pm).

In-form Ulster winger Craig Gilroy must be content with a place on the bench as head coach Mark Anscombe made wholesale changes for Friday’s crucial Heineken Cup meeting with Northampton Saints in Franklins Gardens (8pm).

Ulster coach Mark Anscombe has made nine changes for the top-of-the-table RaboDirect PRO12 clash against Scarlets in Wales on Sunday (4.00pm).

Johann Muller and Rory Best have been included in Ulster’s 25 man squad ahead of the RaboDirect PRO12 game against Scarlets on Sunday (4.00pm)

Trimble and Marshall named in Ulster side

Ireland duo Andrew Trimble and Paul Marshall have been included in the Ulster line up to play Treviso at the Stadio Monigo on Friday (6.05pm).

Half-backs Michael Heaney and Niall O’Connor have been included in the starting line up for Ulster’s RaboDirect PRO12 showdown with Zebre at the Stadio XXV Aprile on Sunday (2pm Irish time).