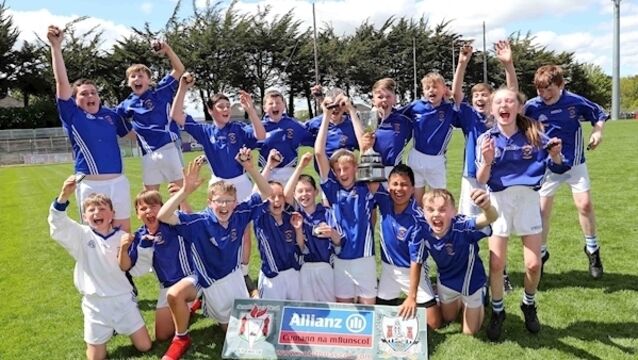 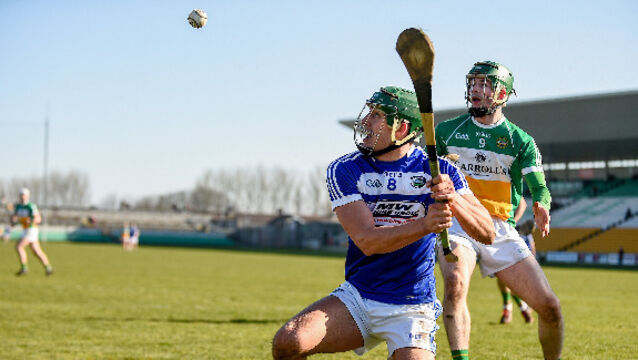 Comfortable win for Offaly against Laois in bitingly cold conditions 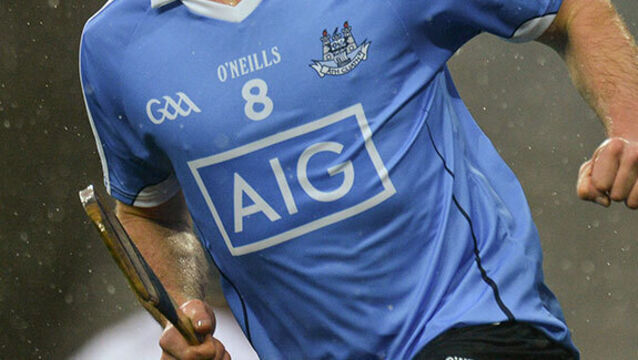 The sun shone and the rain fell in intermittent waves but there was no sign of lightning striking twice in Portlaoise last night as Kilkenny made short work of an outclassed Laois side in this Bord Gáis Leinster U21 final.

Laois may have accounted for initial favourites Dublin in the first round, but very few outside their own camp are giving them any chance of overcoming Kilkenny.

BRIAN CODY will have fond memories of All-Ireland hurling final day in 1972.

Laois showed tremendous character to score three points in the final four minutes of extra time in their Leinster SFC quarter-final with Meath at Croke Park.

PAT STAKELUM, who died yesterday, was not only one of the greats of Tipperary hurling but rated among the most accomplished defenders of all time and had won every single honour the game had to offer.

Bennis rejigs Limerick side for semi-final

SIX years since its inception and there is still a body of opinion that the Qualifiers are something to be endured rather than enjoyed. Well, Cavan on Saturday night was the perfect riposte to critics of the back door.

Limerick advance to the semis

Laois manager Liam Kearns has been forced to make two changes to his side for tomorrow's All-Ireland SFC third round qualifier against Derry (Breffni Park, throw-in 7pm), after key defender Darren Rooney and attacker Brian 'Beano' McDonald both failed to recover from injury in time for the game.

Reale returns to Limerick side

Peter O'Leary has been called into the Laois team for Sunday's Leinster SFC final against Dublin (Croke Park, throw-in 4.15pm) - with Donie Brennan the player to make way.

Limerick corner back and captain Damien Reale has been ruled out of contention for Sunday's Munster SHC final against Waterford (Semple Stadium, throw-in 4pm).

Tom Kelly will play his first competitive game for Laois in three months when the O'Moore men take on Wexford in Sunday's Leinster SFC semi-final at Croke Park (throw-in 2.10pm).

Four players have shrugged off injuries to be named in the Limerick team to face Tipperary in Sunday's Munster SHC semi-final at the Gaelic Grounds (throw-in 2pm).

Laois and Longford have selected their starting teams for their Leinster SFC quarter-final duel at Tullamore (throw-in 6.45pm) on Saturday.

Limerick manager Richie Bennis has opted to make five changes to his side for Sunday's battle of the bottom sides in NHL Division 1B.

Lucey at full back for Limerick

Having played there during last month's Waterford Crystal Cup, Stephen Lucey will continue to man the full-back role for Limerick's hurlers as they get their National League campaign up and running against Tipperary on Sunday (Nenagh, throw-in 2.30pm).

Dublin have claimed their sixth O'Byrne Cup title, beating Laois 1-18 to 2-13 after a titanic 90-minute struggle in Tullamore.

THE scoreline says it all really.

Sheehan in for Kavanagh in Laois line-up

Laois through as Carlow are outclassed

Brave Carlow's Leinster SFC run came to an end at O'Moore Park today as Laois set up a repeat of last year's final against Dublin with a 1-17 to 1-09 defeat of their neighbours.

Laois fight back and book clash with Kerry

Shefflin guides Kilkenny through to semi

Henry Shefflin’s nine point-haul guided Kilkenny through to an All-Ireland SHC semi-final against Galway, after Limerick briefly threatened a comeback in front of a Croke Park attendance of 44,438.

Kilkenny to stand alone in face of Munster march

At 5.15pm, there's a distinct chance that all four semi-final spots in this year's All-Ireland hurling championship could be occupied by Munster counties.

O'Shaughnessy a starter for Limerick

Andrew O'Shaughnessy will start for the Limerick hurlers' in Sunday's do-or-die All-Ireland SHC quarter-final against Kilkenny - despite his recent absence from the county panel.

Rebels reign in Munster as Tipp are outflanked

Foley back for Limerick

Mark Foley has returned to the Limerick side following a six-week lay-off with a finger injury.

Laois and Limerick have named their sides for tomorrow night's All-Ireland SHC qualifier second round clash at Portlaoise (throw-in 7.45pm).

Paudie O'Dwyer and Pat Tobin have been called upon by Limerick for Saturday's All-Ireland SHC qualifier clash with Antrim - Limerick's first championship date with the Saffrons since 1996.

Devane in defence for Tipperary

Limerick and Tipperary face off again

Limerick and Tipperary do battle all over again following their pulsating Munster SHC first round draw last week in Thurles.

Limerick hurling boss Joe McKenna has kept faith with the team that came from a point down in injury-time to draw with Tipperary last Sunday for the Munster SHC replay at the Gaelic Grounds on Saturday.

The 2005 Munster senior hurling championship gets underway today with the meeting of Tipperary and Limerick at Semple Stadium, Thurles.

Ryan brothers to start for Limerick

Limerick warm up for championship with satisfying win over Waterford