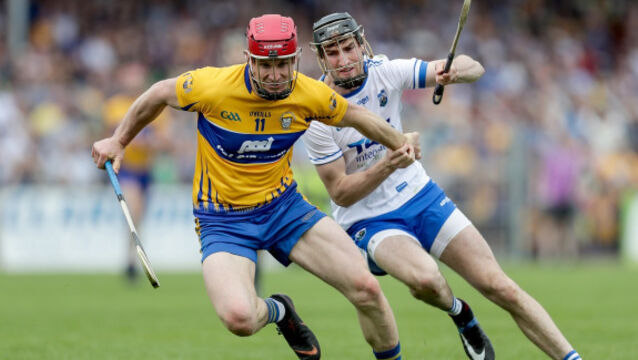 It was no surprise that new Clare hurling boss, Brian Lohan, picked a player in his own likeness as captain for the year ahead. John Conlon may inhabit a different end of the field than the Banner legend did during his playing days, but the differences between the two end there. 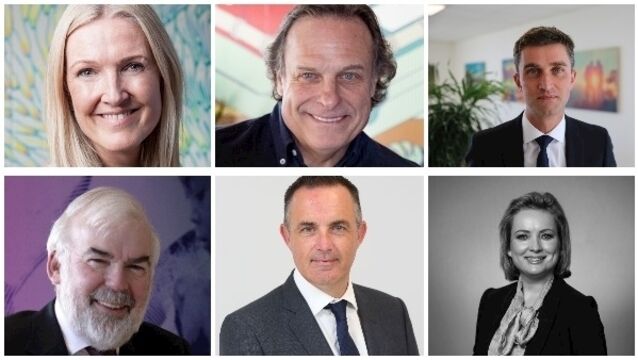 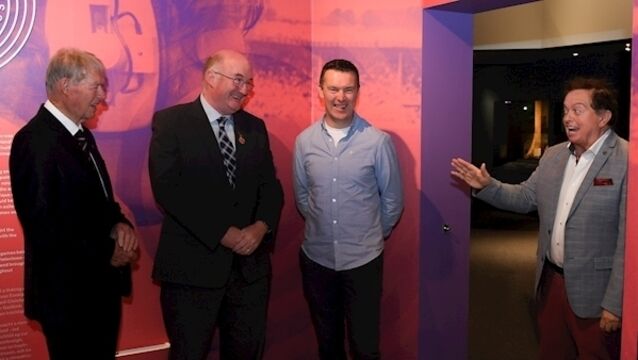 McNamara urges Clare to fight ‘to the bitter end’

Council under fire after spending €31,000 on 'bespoke' conference table and chairs

Why would you show your hand now and give anyone a dry run?

He spent the 1990s plotting against Brian Whelahan and the early 2000s conspiring alongside him, all of which has convinced Mike McNamara that the Birr man will turn things around in Offaly.

My fleeting meetings with man in No. 13

Given that everyone is sharing their Brian O’Driscoll stories, I thought I’d give the benefit of my long history of encounters with the great man.

After years unspoken, will we see action?

Identities are still protected under the statute of limitations, but the story bears retelling.

Former Clare manager Mike McNamara has admitted alcohol and substance abuse were issues he encountered amongst players during his two-year spell in charge.

McCarthy only change in Cork line-up

Cork make just one change to their starting 15 while Clare remain unchanged for the All-Ireland SHC final replay this Saturday evening (throw-in 5pm), with Cian McCarthy of Sarsfields coming in to replace Jamie Coughlan at centre-forward.

Clancy’s just too excited to sulk

Jonathan Clancy is 27, established in his professional life as a fully qualified accountant working with Eamon Keane & Co in Ennis and a hurler of note since he joined the Clare senior panel since 2005.

Gerry Cooney was installed as the new Offaly senior football manager at a County Board meeting last night, with Ollie Baker taking over as the county's hurling boss.

Mackey — not a man but a giant

LAST YEAR Henry Martin met up with his publisher, Con Collins of the Collins Press, for a chat. Just a chat.

WHEN it comes to the All-Ireland MHC there is one manager who stands head and shoulders above everyone else – Galway’s Mattie Murphy.

Eamon has a plan outside for economy

FECK your EU bailout, we’ve got a plan outside. It wasn’t quite far off what Eamon Gilmore was saying as he marched through the Rubberbandits’ stomping grounds of Limerick.

Mike McNamara has said that the controversial relegation scenario involving Clare in last year's Championship helped cause discontent in the squad and was a factor in his ending his involvement as the Banner's senior hurling boss.

FORMER Clare manager Mike McNamara admits he has had second thoughts about his decision to step down from the post.

FORMER Clare boss Mike McNamara has hit out at player indiscipline during his two-year tenure as manager and has revealed that last summer’s Liam MacCarthy Cup relegation controversy was a source of conflict between players and management, contributing to McNamara’s eventual exit as manager.

BACK in 1993, he burst on the national scene as a third-minute injury replacement in a Munster championship victory over Limerick at Cusack Park before going on to play a major role in the Banner’s breakthrough in the All-Ireland series.

O'Loughlin reign off to positive start

Ger 'Sparrow' O'Loughlin got his managerial career with Clare off to a good start at Meelick when his side carved out a hard-earned 0-15 to 1-9 win over Waterford IT in the Waterford Crystal Cup.

SPARE a thought for Ger O’Loughlin who makes his debut as Clare hurling manager against WIT in Meelick tomorrow.

Brian O'Connell has retained the captaincy of the Clare senior hurlers for 2010 ahead of the Banner County's opening games of the new year against Waterford IT at Meelick this Sunday.

PATRICK CRONIN is set to miss Cork’s entire National Hurling League campaign after suffering a serious knee injury. Cronin will be out of action for a minimum period of three months but it is hoped he may be able to make a return before Cork’s Munster SHC opener against Tipperary in Páirc Ui Chaoimh on May 31.

DAVY FITZGERALD has called on counties recently engulfed by internal disputes to “stop the nonsense”.

EXPERIENCED Clare forward Tony Carmody has decided not to take up an invitation to play for the county under new manager Ger ‘Sparrow’ O’Loughlin this year.

All-Ireland winner Niall Gilligan has turned down an initial approach to link up with the Clare senior hurling panel for the 2010 campaign.

ALL-IRELAND winner Niall Gilligan has turned down an initial approach to link up with the Clare senior hurling panel for the 2010 campaign.

O'Loughlin calls on Banner return for Griffin and Quinn

THERE was frost on the ground in Clare yesterday morning, a genuine feel of Christmas in the air as Ger O’Loughlin headed off to his day job as Director of Sales with the Burke Shipping Group.

O’Loughlin gets the nod

Ger O'Loughlin has been ratified as manager of the Clare senior hurlers following a county convention in Ennis.

CLARE’S All-Ireland U-21 winning manager John Minogue claims some of the gloss has been taken off a landmark season because of the bitter dispute that led to Mike McNamara’s resignation as senior boss.

AFTER nearly two months of turmoil, the player/manager controversy that rocked Clare GAA reached its conclusion at the county’s annual county convention last night when, in a departure from the official Clár, former star Ger ‘Sparrow’ O’Loughlin was endorsed as the new manager of the senior hurling team.

O’Neill: no repeat of Banner battle

CLARE GAA chairman Michael O’Neill has vowed to put measures in place to ensure that there is no repeat of the bitter dispute that led to Mike McNamara’s resignation as the county’s senior hurling team manager.

“In September 2007, you, the club delegates in the county ratified my appointment as manager of the Clare senior hurling team.

Mike McNamara's reign as Clare Senior Hurling manager has ended following an emergency meeting of the Clare GAA Board at the West County Hotel in Ennis tonight.

TALKS aimed at resolving the crisis in Limerick hurling on Saturday night proved ‘totally inconclusive’ according to a senior board official.

MIKE McNAMARA remains in situ as Clare senior hurling manager following last night’s lengthy meeting with his players &ndash; but sources within the Banner County expect McNamara to walk away in the next day or two.

O’Connell hits out at board’s handling of Clare crisis

CLARE hurling captain Brian O’Connell has launched a withering attack of his county board for their failure to resolve a dispute between the players and manager Mike McNamara.

A NUMBER of Limerick hurlers who have quit the county squad have declined to meet with manager Justin McCarthy according to a board spokesperson.

HEADING inexorably down the same rutted briar-ridden cul-de-sac as that travelled by Cork GAA several times over the past decade, that’s Limerick hurling today.

CORK’S Ronan Curran has urged the Clare hurlers to reach a quick compromise in their row with boss Mike McNamara.

Banner players to meet board chiefs on future of McNamara

A CLARE player delegation led by captain Brian O’Connell look set to meet with county board chiefs within the next 48 hours to outline their opposition to the retention of manager Mike McNamara for the 2010 season.

THE dispute between players and management in Clare has claimed its first victim with former All Star Tony Griffin retiring from intercounty hurling.