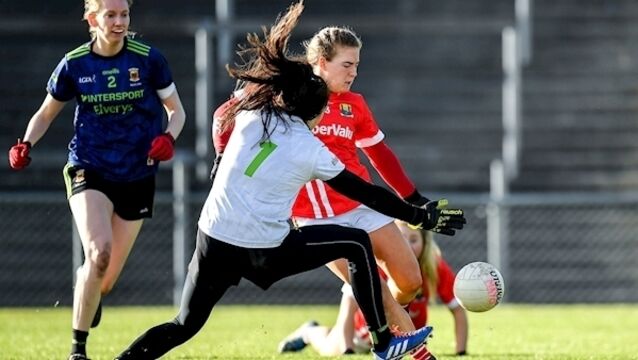 Cork made it four wins out of four as Orla Finn’s seven-point tally gave them the edge against Mayo in the Lidl Ladies NFL Division 1 at Mallow. 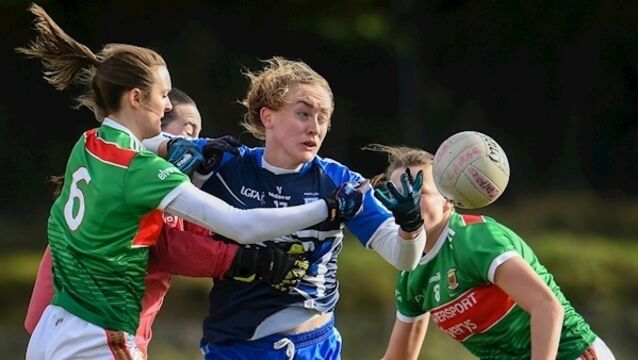 Mayo and Storm Dennis hold Waterford scoreless in second half

Referee Siohhan Coyle had to take the players off the pitch in the middle of a second-half hail storm. 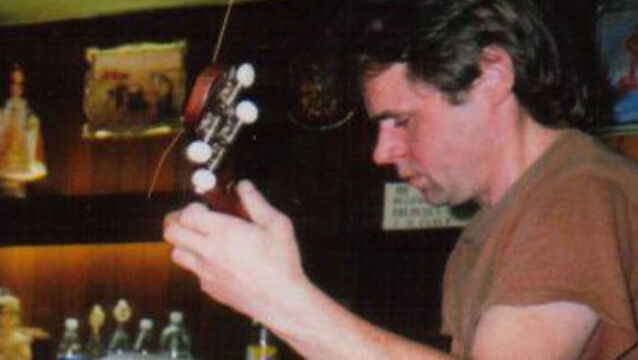 A murder accused asked to make a statement to a garda while in prison, where he admitted that he stabbed a popular local musician and apologised for his action, his trial has heard

Dayna Finn goes from the court to Croker

Ignore the warnings of IFAC at our peril

When it comes to our economy, things can turn with lightning speed, says Kyran Fitzgerald

Carnacon wait on Mayo LGFA response before deciding on appeal

All-Ireland ladies champions Carnacon are waiting on official contact from Mayo LGFA officials before deciding whether or not to appeal the red cards shown to Fiona McHale and Doireann Hughes in Sunday’s SFC semi-final win over Moy Davitts.

Mayo are through to a first Lidl Ladies NFL Division 1 final since 2016 after ending Cork’s six-in-a-row dreams. they will meet Dublin in the final.

Five don’ts for Mayo pundits ahead of All-Ireland final

Mayo in an All-Ireland final means one thing to most Mayo people and something extra to others &mdash; money.

Former Roscommon manager John Evans admits he found the county&rsquo;s rivalry with Mayo &ldquo;vicious&rdquo; during his time there, but was astounded by the booing of Andy Moran last Sunday.

Liam McHale: We have an advantage because we are fresh and hungry

Liam McHale didn&rsquo;t leave Croke Park a winner on Sunday evening but he did head for home a relatively happy man.

Kevin McStay and Liam McHale in Mayo: The trials of being a prophet in your own land

On the homepage of the long-since updated Western People website, a headline haunts: &ldquo;McStay and Holmes front-runners&nbsp;to replace Horan.&rdquo;

Of all the storylines going into Sunday&rsquo;s All-Ireland SFC quarter-final between Mayo and Roscommon, one of the more interesting is also one of the least known: Kevin McStay once managed Stephen Rochford.

Cillian O&rsquo;Connor admits the pain of losing to Galway in Castlebar last summer will ensure Mayo are suitably fired-up when when they host Sligo in their Connacht SFC opener on Sunday week.

A former heroin addict jailed for life for the murder of his friend during an argument over drugs has has his conviction upheld by the Court of Appeal.

A Cork man who told gardaí he had gone to Monaghan for “a drinking session” and did not know there was half-a-tonne of fertilizer in the van he was driving has been sentenced to four-and-a-half years imprisonment for IRA membership.

A Cork man who told gardaí he had gone to Monaghan for “a drinking session” and did not know there was half-a-tonne of fertlizer in the van he was driving, has been found guilty of membership of the IRA.

University College Cork economist Seamus Coffey, 39, has been appointed as the head of the Irish Fiscal Advisory Council by Finance Minister Michael Noonan.

‘Lots of scope’ for pay rises in private sector

The Irish Congress of Trade Unions has claimed there is, what it described as &ldquo;considerable scope&rdquo; for increasing pay in the private sector as it reiterated its call for basic pay rises of at least &euro;1,000 or 4% for all workers in the sector.

Eamon Quinn: Schedule of IFAC assessments should be changed

As John McHale prepares to step down from the Irish Fiscal Advisory Council, he can scan across the positives of the Irish economy since the watchdog was set up at the height of the crisis.

Michael Noonan&rsquo;s 2017 budget is already on course to break EU rules even before any breaches in the Lansdowne Road public pay agreement are accounted for, the country&rsquo;s fiscal watchdog has said.

Watch: Kinsale's odd couple, Teddy and Martina are back

CCCahoots production company are creating some very popular online sketch characters and Teddy and Martina's antics are the latest to have us in stitches.

The man who has helped to reveal the life story of the Irish-based mathematician whose work underpins internet technology has been honoured for a lifetime&rsquo;s dedication to maths.

There is a warning this morning about the higher-than-expected spending increases in Budget 2017.

Fergie O’Donnell last night stepped down as joint-manager of the Roscommon senior football team, which could pave the way for Kevin McStay to take over the position in a sole capacity writes John Fogarty.

IFAC: Government has a black hole of €6bn

The Government has a &euro;6bn black hole in its spending plans through 2021, the Irish Fiscal Advisory Council (IFAC) said yesterday.

Roscommon selector Liam McHale believes Leitrim are the most dogged county in this year&rsquo;s championship and won&rsquo;t stand on ceremony if they give them the opportunities at Carrick-on-Shannon on Sunday.

Sean Purcell was only a spectator as Roscommon swept through the divisions over the past two years but now he is an integral part of the side which is taking the country by storm.

Kieran McGeeney and Liam McHale give ‘mark’ seal of approval

Armagh manager Kieran McGeeney and Roscommon selector Liam McHale have backed the introduction of the &lsquo;mark&rsquo; to Gaelic football, but McGeeney believes the GAA could do even more to encourage high fielding.

The Irish Fiscal Advisory Council watchdog, IFAC, has said that the Government was guilty last month of exploiting a loophole to deliver an unannounced splurge in spending in 2015.

A former heroin addict convicted of murdering his friend during an argument over drugs turned to the bereaved family and said &ldquo;I&rsquo;m sorry, I didn&rsquo;t set out to do this,&rdquo; at his sentencing hearing yesterday.

Addicts sharing a bag of heroin became embroiled in a fatal argument when one failed to find a vein to inject the drug into the other, the Central Criminal Court heard yesterday.

The shape of modern Ireland could have been very different if &Eacute;amon de Valera had not been pipped in his little-known application for a maths professorship at University College Cork three years before the Easter Rising.

A row about whether the Coalition is playing fast and loose with the EU&rsquo;s spending rules flared yesterday after the chair of the Irish Fiscal Advisory Council signalled it continues to have serious concerns about the spending plans of Budget 2016.

Senior Coalition figures are confident the budget will pass a crucial EU test despite financial advisory chiefs warning the spending plans are too expansionary, and that the money should not be injected into the economy.

The head of budget watchdog the Irish Fiscal Advisory Council said a body such as IFAC could scrutinise budget plans of opposition parties to probe whether their budget sums were credible.

The Coalition has been put on notice by fiscal watchdog the Irish Fiscal Advisory Council that its plans for a pre-election giveaway budget in October will break the EU&rsquo;s strict debt-reduction rules.

Budgetary watchdog the Irish Fiscal Advisory Council has put the Coalition on notice to change its budget in October because it believes plans for spending hikes and tax cuts will fall foul of the &ldquo;letter and spirit&rdquo; of Europe&rsquo;s strict fiscal rules.

Three second-half goals propelled Mayo to their first victory in the Connacht U-21 football championship for three years last night.

O’Byrne lays out his Hoop dreams

Another January afternoon out in Tallaght and the National Basketball Arena is throbbing, writes Kieran Shannon.

The eve of another cup final weekend and with it a sense of history about it for those of us steeped in Irish hoops, writes Kieran Shannon.

The Government had no choice other than to make huge budget cuts over the past six years, according to the head of the Irish Fiscal Advisory Council.