Garda&iacute; are looking for up to four people in relation to the killing of a Dublin father on Halloween night. 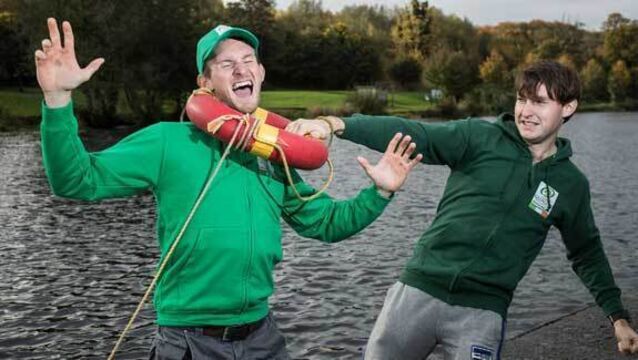 The O&rsquo;Donovan brothers, Gary and Paul, believe their busy competitive schedule has helped them avoid any dramatic Olympic comedown following their success in Rio last August. 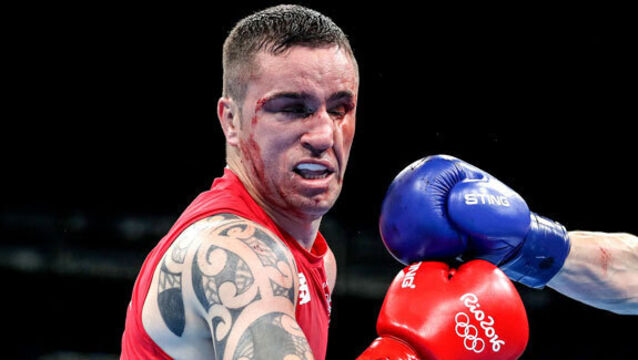 Three down, five to go. Ireland lost another of its boxers last night as lightweight David Oliver Joyce was given a masterclass in the noble art by world number two Albert Selimov and a third when Irish Olympic chiefs confirmed Michael O&rsquo;Reilly will not fight in Rio.

Just like Saipan, nearly every sporting fan or figure has an opinion, but when it comes to the fallout from Billy Walsh&rsquo;s resignation from Irish boxing, it is worth noting the points of Kenneth Egan.

Darren O’Neill stepping up in style

Love Hate returns: Check out our spoiler-free guide to what to watch on TV tonight.

A former Munster and Cork champion will be standing in Katie Taylor&rsquo;s way at the ninth European Women&rsquo;s Boxing Championships in Romania today.

As counting continues in the European elections, it will now be tomorrow before some of the 11 MEPs are elected.

Olympic hero Kenneth Egan is expected to eventually be elected despite being in a fight with a small group of candidates for one of the final seats in Clondalkin, an electoral area that has seen Sinn Féin support surge to a massive one in every three voters.

Elverys workers bid to save 700 jobs

Employees of Irish retailer Elverys Sports ramped up the campaign to protect their jobs with highly visible displays at GAA matches in Dublin and Mayo over the weekend.

O’Neill has focus only on O’Reilly

London 2012 Olympian Darren O’Neill has dismissed all talk of “high fives” ahead of his middleweight final with Portlaoise BC prospect Michael O’Reilly at the Elite National Championships.

Olympic silver medal-winning boxer Kenneth Egan is the proud owner of a piece of Muhammad Ali memorabilia — though he regretted the purchase at the time.

Kenneth Egan rolls with the punches at Fine Gael unveiling

For a reformed party boy, you would have thought boxer Kenny Egan would be more choosy about parties these days.

A night of drama at the National Stadium last night in the 2013 Elite National Championships, the birth of a new legend, the end of another as the great light-heavyweight Kenneth Egan, seeking a record 11th title in a record 13 consecutive final appearances, was forced to give way for the third year in succession to the more powerful teenager, Joe Ward.

Egan pulls himself up off canvasto fight on

His tangled soul is still slowly unravelling itself but it’s already reached a point of clarity where Kenneth Egan can help others.

Ireland lose out on European test

Confusion reigned at the launch of the IABA’s National Elite Championships yesterday, with the news that Ireland won’t be hosting the European Women’s Championships this year.

Three of Ireland’s boxing elite are turing their attentions to the National senior championships after featuring in the World Series of Boxing (WSB) last week.

The mother of Olympic boxer Kenneth Egan got down on her knees in a cemetery and begged him to give up drink, he revealed yesterday.

‘If my optimism dies, so do I’

Olympic silver medallist John Joe Nevin insisted yesterday that Irish boxing cannot afford to lose coaches Billy Walsh or Zaur Antia and that everything possible should be done to keep the high performance team together.

Nevin feels no pressure as he sets up dream final

John Joe Nevin set up the fight of the Olympic boxing finals when he out-fought world champion Lazaro Alvarez in a thrilling semi-final bout at the ExCeL yesterday.

O’Neill ready to seize the day

Darren O’Neill has bittersweet memories of the medal ceremony at the Beijing Olympics when Kenneth Egan received his silver medal.

Irish team manager Des Donnelly, said Katie Taylor is focused and ready for first assignment next Monday when she will meet either Queen Underwood (USA) or Natasha Jonas (Great Britain) for a bronze medal.

He’s been there, done that and he’s not even going this time but Kenneth Egan is still nervous. It’s an emotion caused by the six Irish fighters trying to follow in his footsteps over the coming weeks.

Kenneth Egan has said he feels he lost out on a gold medal at the Beijing Games.

O’Neill: Tragic death of Sutherland will inspire our team

40 to carry Olympic flame in Dublin

More than 40 torch bearers will carry the Olympic flame through the streets of Dublin when it tours the only city outside the UK.

Boxing will always have dodgy verdicts

The controversial defeat suffered by Olympic medal hope Joe Ward in Trabzon on Monday highlighted once again a problem that has been endemic in boxing down the years.

Determined Ward has a point to prove in Turkey

European light heavyweight champion Joe Ward and Olympic bronze medallist Paddy Barnes will both be seeded in tomorrow’s draw for the European Olympic qualifying tournament in Trabzon, Turkey, but it’s likely the other five members of the Irish team will go into the open draw.

Coach Billy Walsh last night admitted he could “not be happier” as the seven-man Irish boxing team touched down in Trabzon, Turkey yesterday ahead of the European Olympic qualifier which begins on Saturday.

Joe Ward has retained his Irish light-heavyweight title after an awesome destruction of Kenneth Egan at the National Stadium.

Bell rings on box-off but medal winners call in sick

THIS may have been a box-off to select the team for the world championships and the first opportunity to qualify for next year’s Olympic Games but none of the recent medallists were in sight when the tournament got under way last night at the National Stadium.

Walsh waits as Baku hopefuls slug it out

SIX weeks from the most important event of the year, Billy Walsh was sitting in the high performance unit on the South Circular Road in Dublin with not one of his boxers in sight.

THE Irish boxing team will leave for the European Championships in Ankara this weekend with just two medallists from last year’s record-breaking haul of five making the trip.

Egan: Only one who can beat me is myself

KENNETH EGAN began his quest for an unprecedented 11th successive national senior title at the National Stadium last night with a second-round stoppage of Thomas Roohan (Ballincarrow, Sligo) and a claim that the only man who can beat him is himself.

The Irish Sports Council has today announced details of its funding package for 2011.

Rigondeaux to spar in Cork ahead of ‘Big Bang’ bout

GUILLERMO RIGONDEAUX will complete his preparations for his world title defence against Willie “Big Bang” Casey at a special training camp in Cork.

CON SHEEHAN (Clonmel BC),the defending champion, andthe new pretender to the throne, Tommy McCarthy (Oliver Plunkett, Belfast), served up the best performance of an action packed weekend when they met in the quarter finals of the heavyweight division at the Elite national boxing championships at the National Stadium on Saturday night.

DARREN O’NEILL has dreamed about boxing in the Olympics for a long time and his dream turned to frustration in 2008 when he watched Kenneth Egan being awarded his silver medal at the Beijing Olympics.

Emotional Egan taking life ‘one day at a time’

BOXER Kenneth Egan has revealed how his life spiralled out of control after he won a silver medal at the Olympics.

IRISH boxer Ryan Burnett threw down the gauntlet for London 2012 when he claimed the gold medal in the light flyweight division at the World Youth Olympics in Singapore yesterday.

DARREN O’NEILL and Paddy Barnes will represent Ireland in the finals of the European senior boxing championships in Moscow today after more outstanding performances from Billy Walsh’s squad in the semi-finals at the Ice Palace yesterday.

KENNETH EGAN faces one of the most difficult assignments of his career today, as he bids to exact revenge on Abdelkader Bouhenia.