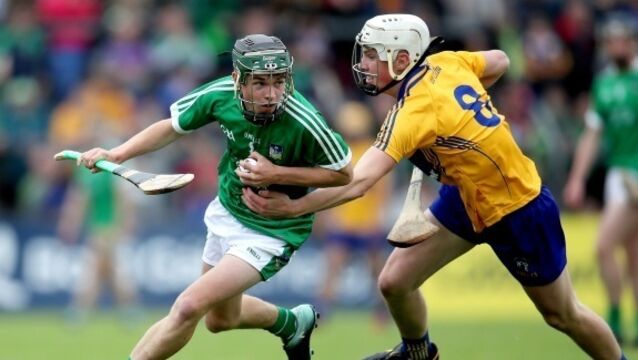 Limerick made it through to the Munster Minor hurling final defeating Clare by a single point, in a thriller at Cusack Park. 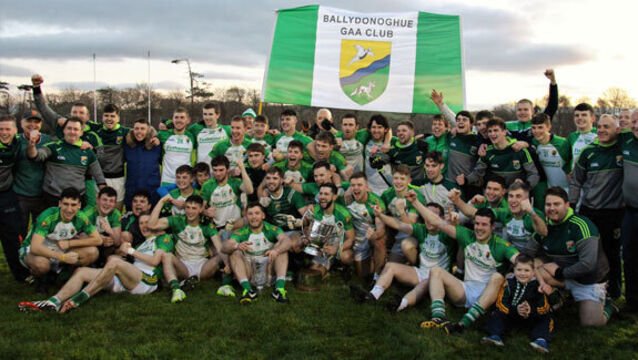 Ballydonoghue 5-9 St Senan&rsquo;s 0-8: Before the start of yesterday&rsquo;s North Kerry SFC final, Raymond McGibney of the Irish Defence Forces stood underneath the tricolour and read out the 1916 proclamation. The Ballydonoghue rising, joint-manager Denis Lynch would tell us afterwards, was five years in the making and ended with a first divisional title in almost a quarter of a century.

Corbett does talking on the pitch for Thurles

Maher and Sars waltz through

Meath reversed two league results to advance to the Christy Ring Cup semi-final at the expense of Kildare at Navan’s Páirc Tailteann on Saturday.

Kerry manager John Meyler sensationally resigned his post after the Christy Ring champions crashed out of the competition with defeat to Kildare in Newbridge on Saturday (2-21 to 1-16).

A whopping 0-12 from freetaker Paddy Henry got Derry off to the perfect start in the Christy Ring Cup but Kildare were left mystified with the referee as the Oak Leaf men scored 14 points from frees, and had 22 frees in total, to Kildare’s nine.

Late goals wrap it up for Kildare

Starting and finishing strongly, Kildare got off to a winning start in Division 2B of the Allianz Hurling League at Navan’s Pairc Tailteann.

HOLDERS Ardscoil Rís eased into the semi-finals of the Harty Cup after they saw off the challenge of cross-city rivals Castletroy College.

Fitzgibbon team of the century shortlist

FORMER GAA President Joe McDonagh will chair a committee of former Fitzgibbon Cup players and managers that will select a ‘Team Of The Century’ from a shortlist of 75 third-level hurling stars, as part of the competition’s centenary celebrations this year.

MEATH advanced to an O’Byrne Shield final clash with arch-rivals Dublin next Saturday when getting the better of Laois in the rescheduled ‘semi’ in Navan’s last night.

JACK O’CONNOR has moved 2009 All-Ireland winning captain Darran O’Sullivan from his customary forward role to left-half back for tomorrow’s McGrath Cup opener against Tralee IT.

THURLES SARS retained their Tipperary senior hurling title in dull and damp Semple Stadium yesterday, capping off a superb year for their four Tipperary All-Ireland-winning stars, but only after a testing final few minutes against a young Clonoulty-Rossmore side that will surely come again.

Maher clinches it for Sars

THE defection of all of Cork’s award winners opened the door for 13 replacements to be included in the 2004 and 2005 Vodafone All-Star teams which will play an exhibition game in Singapore on Saturday.

Tipperary make four changes for Sunday's NHL tie with Derry at Nenagh from the side which lost to Wexford last week.

Tipperary field 11 of the side that won the All-Ireland last September for Sunday's National Hurling League clash against Limerick at Thurles.

Tipperary field 13 of the team that won the All-Ireland last September for their opening game in the National Hurling League against Offaly at Birr on Sunday.