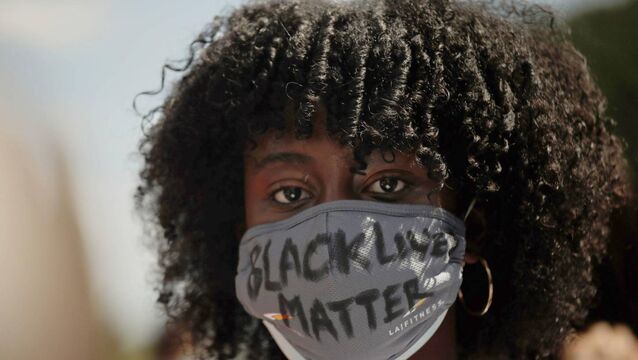 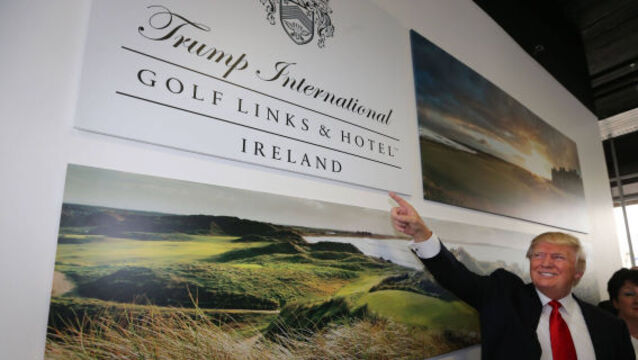 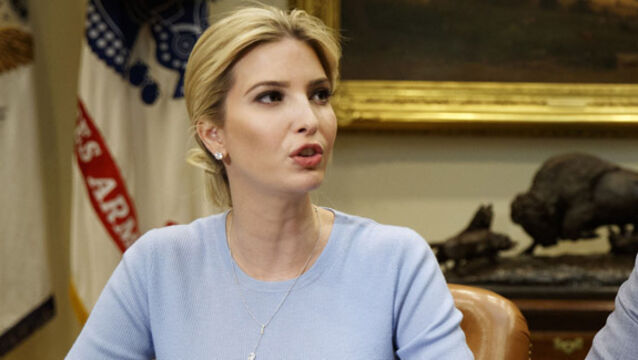 Solidarity in a perplexing world: A chance to strengthen relationships

It is the nature of our world that sometimes single events can seem, though significant, hardly groundbreaking.

A radically changing world - Painting us into a very tight corner

Melania Trump has hit back at Donald Trump's first wife for referring to herself as "first lady".

Donald Trump's daughter Ivanka has hailed Theresa May for her "remarkable leadership" in the fight against modern slavery, as she vowed the US would join Britain in a "full-throated call" for international action to end the crime.

It's a family affair: The ups and downs of being part of the family business

While the influence of Donald Trump&rsquo;s children in the White House has garnered mixed reactions, following in the footsteps of the family business can reap its own rewards, says&nbsp;Rita de Br&uacute;n.

Bannon has learned he was not indispensable

Most US administrations have had an aide who deemed himself crucial to the president. Steve Bannon was Donald Trump&rsquo;s, until he had his wings clipped says Elizabeth Drew

America’s President isolated: Trump must be helped to see reality

WHEN NBC spokesman Mark Kornblau said recently he &ldquo;never imagined a day when I would think to myself, &lsquo;it is&nbsp;beneath my dignity to respond to the President of the United States&rsquo;,&rdquo; over President Trump&rsquo;s attacks on journalist Mika Brzezinski &mdash; who Mr Trump described as &ldquo;low IQ, crazy Mika&rdquo; and as &ldquo;bleeding badly from a face-lift&rdquo; at a Mar-a-Lago party &mdash; he did what most of us would do when confronted by a boorish bully. He disengaged, hoping not to

US President Donald Trump has defended a decision to have his daughter briefly sit in for him at a table with world leaders at the G20 summit.

US president Donald Trump's daughter Ivanka has stayed silent on the matter of her father's controversial attack on a female TV host.

Okja looks to be the highlight of Netflix's movie year

Korean creativity and a couple of top western stars have combined for one of the year&rsquo;s most

Donald Trump will announce his decision on whether to pull the United States out of the Paris climate accord during a White House Rose Garden event today.

Accompanying her husband on his first international trip, Mrs Trump stepped off Air Force One conservatively dressed in long sleeves and trousers to conform to the strict dress code that Saudi Arabia enforces for its female citizens.

All the president's children: What have the offspring of US presidents been getting up to?

As Donald Trump&rsquo;s offspring feel the glare of world attention,&nbsp;Andrea Mara&nbsp;looks at the fortunes of the other progeny of previous White House occupants

Nordstrom shares took a brief tumble after US President Donald Trump tweeted that the department store chain, which decided to stop selling Ivanka Trump's clothing and accessory line, had treated his daughter "so unfairly".

The celebrity style moments of 2016

Rachel Marie Walsh pinpoints the style highlights of 2016, from Michelle Obama in gold Versace to Kate Moss in McQueen

Melania Trump and her marriage to Donald

Melania Trump will be only the second immigrant First Lady and the first to have posed nude in a magazine, writes&nbsp;Suzanne Harrington

How Melania Trump has evolved her look for a First Lady

President-elect Donald Trump is embarking on the massive undertaking of creating a new administration as a circus-like atmosphere unfolds around his building in Manhattan.

US Elections: Sinister remark drags US democracy through mire

Donald Trump has mocked his much-derided comment at the US presidential debate that he might not accept the result of the election.

Naked Donald Trump statues have been popping up all over America

The US Presidential election has had quite a few twists and turns.

Ivanka Trump inadvertently made a contribution to the Clinton campaign

With the US Presidential Election in full swing, families of both candidates are in the spotlight.

Here is how many times protestors interrupted Donald Trump's speech

An organisation called the Michigan People's Campaign said it was behind the protest.

At least a dozen women interrupted a major economic speech by Donald Trump by jumping up and shouting in a co-ordinated effort to disrupt the Republican presidential nominee&rsquo;s remarks.

The estate of George Harrison has complained about the use of his music at the Republican National Convention.

Hillary Clinton ‘eager’ for interview by FBI over e-mail server

Democratic White House hopeful Hillary Clinton has said she has been eager to be interviewed by the FBI about her use of a private email server while she was US secretary of state.

US presidential hopeful Hillary Clinton has become a grandmother for the second time after her daughter gave birth to a boy named Aidan.

Presidential candidate Donald Trump says two of his children feel guilty about missing a voter registration deadline, meaning they will not be able to vote for him next week in New York&rsquo;s Republican primary.

Harebrained misogyny may dump the Trump

HE STARTED off like the drunk guy in the corner at the party, who initially drew your curiosity with his loud obnoxious jokes, writes Suzanne Harrington

Donald Trump called off a planned December trip to Israel, shelving what was shaping up to be an awkward visit by the Republican presidential front-runner following comments that managed to offend Muslims and Jews alike.

One of the Trumps said last night that he couldn&rsquo;t be more pleased with the financial performance of Doonbeg golf resort.

US tycoon Donald Trump has spoken of his pleasure at acquiring the Turnberry golf resort, which he has pledged to make “even more spectacular”.

US tycoon Donald Trump has said he will invest up to €45m in the renowned, storm-ravaged golf course he has bought in Co Clare.

‘People will love what we do’

US tycoon Donald Trump has said he will invest up to €45m in the Doonbeg links golf course he bought in the west of Ireland.

They have German, Scottish, and Czech blood pumping through their veins but the billionaire Trump family insist they have more than a little Irish in their hearts thanks to their two long-serving Irish nannies.

Donald Trump ended his war with bondholders of the casino company that bears his name, settling for 10% of Trump Entertainment Resorts once it emerges from bankruptcy.

Wedding gifts to come up Trumps

New version of I'm a Celebrity to be made in US

A new version of I’m A Celebrity... Get Me Out Of Here! featuring the children of the rich and famous is being made in the US.