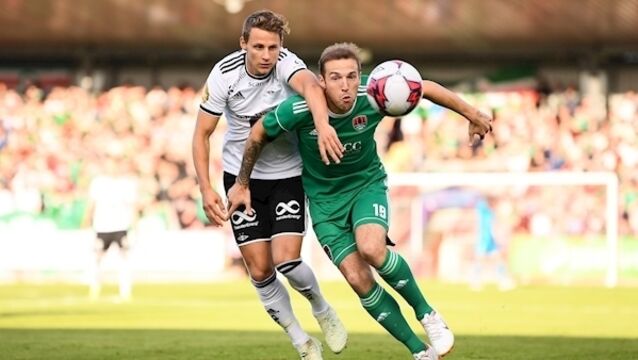 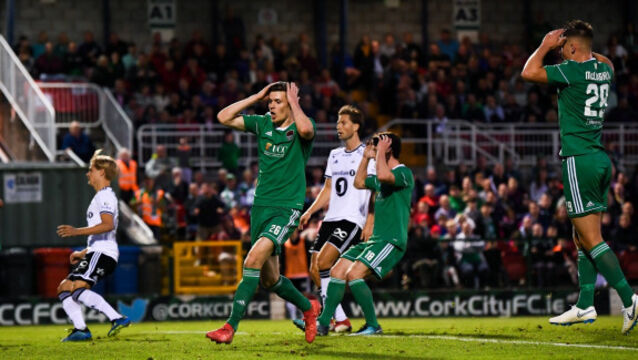 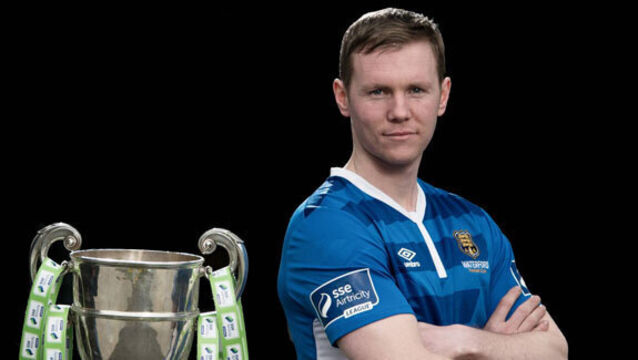 Waterford gets in touch with passion for League of Ireland

The rebirth of Waterford FC has sparked huge interest in the capital of the southeast, a long-time power in League of Ireland football.

Once in a lifetime chances

Statement due as club set to sign rapist Evans

Angry protests are expected to grow today in a backlash over rapist Ched Evans’ return to football.

A League One club will hold a press conference on Monday in relation to the signing of convicted rapist Ched Evans, the Professional Footballers’ Association chief executive Gordon Taylor has revealed.

Evans' football career looks to be over

Convicted rapist Ched Evans is unlikely to be able to resume his football career abroad due to the UK's tough regime in managing sex offenders.

Former Sheffield United and Wales striker Ched Evans has been offered a route back into football - by Maltese side Hibernians.

Rico and Fenlon are proven winners

The recent return of Damien Richardson (Rico) and Pat Fenlon to the league, with Drogheda and Shamrock Rovers respectively, augurs well for the future competitiveness and health of the League of Ireland.

Sligo and Dundalk given daunting away trips in Europa League qualifiers

The draw for the Europa League first qualifying round has pitted the League of Ireland clubs against teams from Lithuania, Luxembourg and Wales.

He doesn’t talk much about it these days. The memories are locked away, recalled only in special circumstances. But ever since Eusebio’s death on Sunday, Hilary Carlyle has looked a little differently at the photograph hanging proudly on his wall.

Aston Villa manager Paul Lambert has hinted that he is unlikely to throw Richard Dunne back into action for tonight’s FA Cup visit to Millwall.

Ireland up to 21st in latest FIFA rankings

AS negotiations with the FAI on a new contract which is expected to be finalised ahead of the Euro 2012 finals draw in Kiev tomorrow week get underway, Republic of Ireland manager Giovanni Trapattoni’s bargaining hand will have suffered no harm yesterday with the release of FIFA’s latest world rankings.

‘Great to be home again at last. Amongst my own’

FÁILTE! I’m Sam Maguire and dear God but I’m glad to be home again at last.

CELTIC manager Neil Lennon struggled to contain his praise for youngster James Forrest after his mature display against St Mirren at Parkhead yesterday.

CELTIC have been handed a testing tie against Portuguese league runners-up Sporting Braga in the third qualifying round of the Champions League.

US: Parade organiser compares gay groups to Nazis and KKK

Holders must do it the hard way

ROCKMOUNT, the holders of the FAI Intermediate Cup will have to travel to the winners of the Belgrove v Mount Merrion replay after the draw for the semi-finals was made last night.

Draw will suffice for Shels

Shelbourne need just a draw to progress to the second round of the Champions League when they face KR Reykjavik tomorrow night.

Kerr will play it straight

AUSTRALIA will provide Ireland with the type of challenge they can expect from Russia in three weeks time when they meet at Lansdowne Road tonight.

Shelbourne are in Slovenia to play Olimpija Ljubljana in the UEFA Cup tonight.

John Hartson has opened the scoring for Celtic against Hibernians at Parkhead.

The full draw for the third qualifying round of the Champions League has been made today.

Shelbourne have conceded a goal in injury time of their Champions League First Round match at Tolka Park.

Shelbourne and Hibernians of Malta are scoreless at half-time in the second leg of their Champions Cup First round tie tonight.

Shelbourne are on the verge of a money-spinning clash with Portuguese club Boavista if they can overcome Malta’s Hibernians in tomorrow’s Champions League first qualifying round second leg at Tolka Park.

Babb set to make his Sunderland debut against Amiens

PHIL BABB will make his Sunderland debut in France tonight when Peter Reid's players take a break from their pre-season training programme.

Shelbourne and Malta Hibernians have named their teams for tonight's Champions League qualifying game in Malta.

Maltese hot-shot Adrian Mifsud could end Shelbourne’s dream of a money-spinning tie against Portuguese side Boavista.

The draw for the first and second rounds of European competitions will be made on Friday in Geneva.

McManus scores to give Hibs the lead at Ibrox on 23 mins.