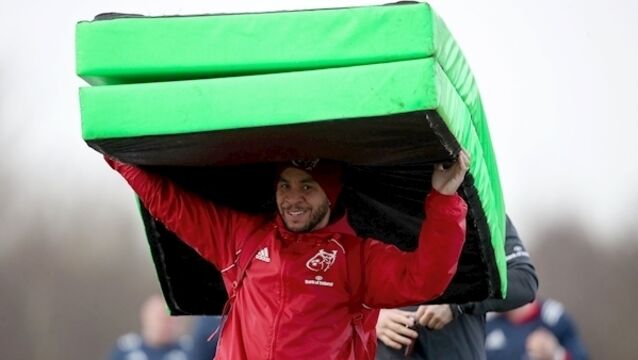 Munster players are digging in for the long haul as they work through their second week of remote training during the current Covid-19 shutdown. 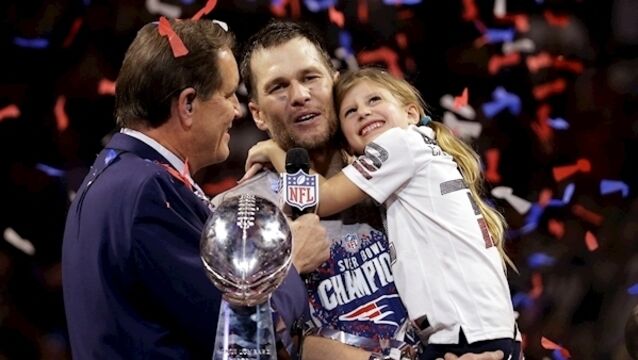 Brady was drafted by the Patriots out of the University of Michigan in 2000 and has gone on to build what is widely regarded as the greatest career for an NFL quarterback. 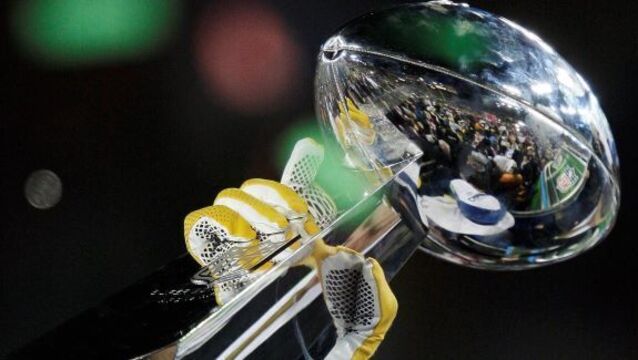 The Dallas Cowboys looked set to snatch a last-gasp win at the Minnesota Vikings but were unable to close out the game.

Munster are closing in on appointing an American football strength and conditioning coach as head of athletic performance, causing surprise and disappointment within Munster and Irish rugby circles that indigenous candidates have been overlooked again.

Tom Brady piloted Super Bowl champions New England to the winning touchdown with 56 seconds left on Sunday as the Patriots clinched the AFC East with a gut-wrenching 27-24 win over the Pittsburgh Steelers.

NFL star Josh Gordon has never played a game sober. That has to change if he plans to play in another one.

Myles Garrett was the first overall pick by the Cleveland Browns in the NFL Draft, while three quarterbacks were chosen in the opening 12 selections of a first round.

The New York Giants claimed their first 10-win season since 2010 and kept alive their slim hopes of a division title with a 17-6 victory over the Detroit Lions.

Carolina Panthers back to winning ways

The Carolina Panthers bounced back to winning ways with a 30-20 NFL victory over the Arizona Cardinals at the Bank of America Stadium.

The Carolina Panthers&rsquo; poor start to the season continued as they crashed to a third defeat in four matches after going down 48-33 to the Atlanta Falcons.

Super Bowl champions the Denver Broncos continued their perfect start to the season with a 29-17 victory at the Cincinnati Bengals.

Aaron Rodgers has two NFL MVP awards and one Super Bowl ring, and he&rsquo;s in his ninth season as the starter for Green Bay. Sam Bradford was never on a winning team over his first six years in the league. He had 15 days to learn Minnesota&rsquo;s offence, then lost his Hall of Fame calibre running back to injury in the third quarter.

The start of a new American Football season rekindled some old &mdash; and troubling &mdash; issues for the NFL.

Arguably, nothing has tarnished the reputation of the NFL more than the litany of domestic violence cases it has handled in recent years. And mishandled.

Fergus Connolly Interview: Protecting the player, and the game

Fergus Connolly has trained sports teams all over the world and helped Dublin to an All-Ireland. His biggest fear for the GAA is the abuse of players by irresponsible managers...

Denver Broncos coach Gary Kubiak said he followed his &ldquo;gut&rdquo; by introducing Peyton Manning in their crucial victory over San Diego to clinch home field advantage in the playoffs.

On a day of nail-biting NFL finishes, the New England Patriots remained unbeaten in 2015 with a 30-6 romp past the Dallas Cowboys.

Gridiron grinds on amid travails of ‘Johnny Football’

Here was a player who arrived all guns blazing, celebrating the few touchdowns he scored or created by rubbing his fingers together to signify all the money his talents&nbsp;generated, says John Riordan.

The Dallas Cowboys blew a 21-0 lead before rallying to beat the Philadelphia Eagles 38-27 and move to 10-4, one game ahead of Philadelphia at the top of the NFC East standings.

Andrew Luck enjoyed a landmark day as the Indianapolis Colts beat the Washington Redskins 49-27 on Sunday.

Federal agents do surprise checks on doctors and trainers

US federal agents conducted surprise inspections of National Football League team doctors and trainers on Sunday as part of an ongoing probe into painkiller drug abuse, the US media reported on Sunday.

NFL in danger of losing sight of what really matters

The new NFL season in the US is bringing with it more moral confusion than ever and it&rsquo;s only the beginning of August.

On Saturday, July 5, the LeBron James camp approached Sports Illustrated writer Lee Jenkins and set in train what is arguably the best scoop of the US sporting year.

The NFL play-off picture was completed on Sunday with a dramatic final series of regular season games delivering big results for the Green Bay Packers, the Philadelphia Eagles and the San Diego Chargers.

The NFL couldn’t have scripted it much better heading into the last week of the regular season.

The Green Bay Packers needed their biggest comeback in history on Sunday to somehow keep their play-off hopes alive ahead of the long-awaited return of Aaron Rodgers from injury.

In the small hours of Monday morning, just south of a bitterly cold Boston, Tom Brady and the New England Patriots finally overcame the Denver Broncos in an instant NFL classic that provided almost everything.

After a rip-roaring start to the season, the Kansas City Chiefs finally fell to their first defeat in the NFL this year, losing an absorbing clash by ten points at the home of Peyton Manning’s Denver Broncos on Sunday.

Sharp O’Neill knows when to play the joker

This time it won’t quite feel like walking on eggshells with Roy around.

Even weary fans of the Dallas Cowboys could not have imagined how they would succumb to their nightmare defeat by the Detroit Lions when apparently in control of their NFC clash in Motown on Sunday.

The Atlanta Falcons survived one of the most outstanding comebacks in recent NFL memory, ending the Seattle Seahawks’ incredible season with a 30-28 victory that sets up an NFC Championship showdown with the San Francisco 49ers.

As the kick-off was dropping into Jacoby Jones’ hands deep in his end zone, every Baltimore Ravens fan in the stadium and Dallas Cowboy on the pitch expected him to take a knee.

ESPN would never dare ask any of the top college football teams in the US to switch their game forward from Saturday, no matter how lucrative the television contract.

Injured Aston Villa defender Richard Dunne is linking up with NFL side the Cleveland Browns as he bids to return to action by the end of April.

Dunne heading to US for rehabilitation

Injured Aston Villa defender Richard Dunne is linking up with NFL side the Cleveland Browns as he bids to return to action by the end of April.

McLeish to talk to Browns coach

Aston Villa boss Alex McLeish is to spend the next couple of days under the wing of Cleveland Browns head coach Pat Shurmur.

‘Superbowls excite us, not play-offs’

MM: How important is a winning pro franchise to a city?

IN A win that evoked their Superbowl triumph from the 2007 season, the New York Giants beat the New England Patriots in dramatic fashion on Sunday with a touchdown pass from Eli Manning in the final seconds.

A good idea but a load of politically correct nonsense

FOLLOWERS of English football will be alarmed to discover that American Football leans heavily on something called the ‘Rooney Rule’.

Vikings slump as Favre forced to look on

CONCUSSION ruled Brett Favre out of his own swansong as his 20-year career in the NFL came to an end yesterday.

TOM COUGHLIN coached the New York Giants to an unlikely Super Bowl victory just four years ago, but now his job hangs in the balance.

QUARTERBACK Tom Brady last night broke the NFL record for consecutive pass attempts without an interception as the New England Patriots won the AFC East Division thanks to a resounding 34-3 win over the Buffalo Bills.