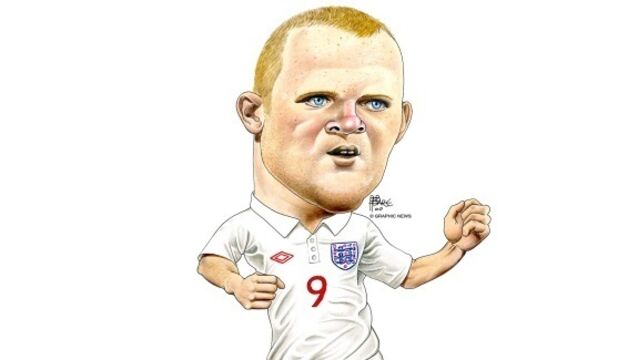 Wayne Rooney international retirement: With or without Roo...

Wayne Rooney has said that one of his&nbsp;few footballing regrets is not to have&nbsp;been on a successful England team.&nbsp;This week, Rooney announced his&nbsp;retirement from the national squad, writes Liam Mackey 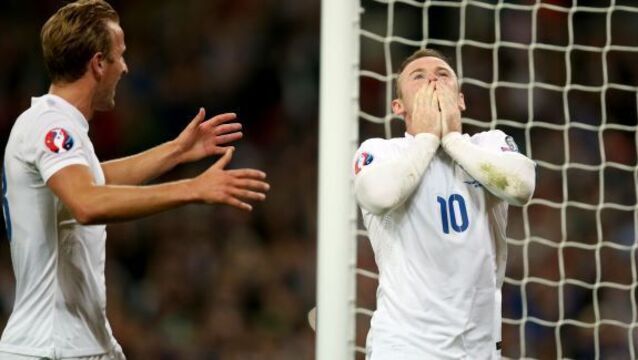 Time was right to bow out, says Wayne Rooney 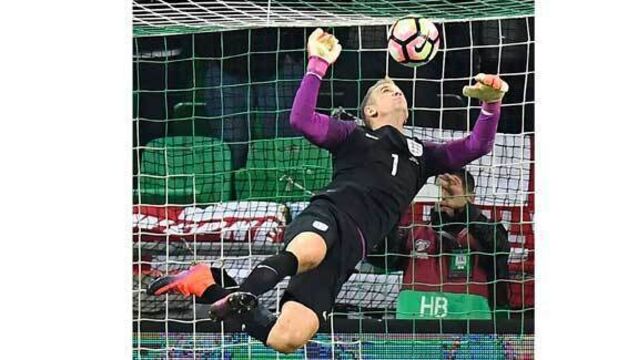 Slovenia 0 England 0:&nbsp;England manager Gareth Southgate&rsquo;s big decision to finally leave out Wayne Rooney failed to have the instant impact he desired as his team were held to a goalless draw in Slovenia last night.

Bosnia has been here before, and so has Miralem Pjanic.

Football referee Urs Meier understands what under-pressure South African rugby referee Craig Joubert is going through. After all, he had to go into hiding away from his family for 10 days and had security guards protecting his workplace after a decision that cost England in Euro 2004.

A decade on, Dunphy still RTÉ’s master of dread

"One day it might indeed all end, but Eamo&rsquo;s show will surely go on forever."

Hodgson keeping the faith in Roo

Scholes: Rooney may be past his best; Woodward has 'an awful lot to prove'

Rooney will be ready, says Roy

Wayne Rooney will be fit and ready to take the World Cup by storm, according to England manager Roy Hodgson.

Martin O’Neill admitted it was ironic that his Republic of Ireland side will have to slug it out with Scotland for Euro 2016 qualification.

Minnows ‘Rock’ have mountain to climb

Sunday’s Euro 2016 qualifying draw may have been the first time most football fans in Ireland realised Gibraltar had an international team which actually played in qualifiers.

Marian Pahars will lock horns with Roy Keane once again tomorrow evening admitting he cannot remember his past battles with the Republic of Ireland’s assistant manager.

Beyond the gloom, faraway hills may genuinely be green

You gotta larf. The only other option is to cry, to look ahead to next summer’s World Cup with a knowing dread and to what will, on all recent form, be another public bout of self-flagellation on the part of the England football team, its supporters and a media that feeds off the national XI like a shoal of sharks.

No limits in a bold new era

In Iceland, they’re suddenly attempting to play down expectations.

O’Neill would be right man at wrong time

Part of the problem with modern international football, and particularly mid-tier nations like Ireland, is that associations rarely get to do things to their own schedule any more. The club game has changed the dynamic.

Delaney: Mick McCarthy 'in the pot' for Ireland job

Mick McCarthy could be invited back for a second spell as Republic of Ireland manager after Giovanni Trapattoni’s reign ended with World Cup disappointment.

O'Shea pays tribute to Whelan ahead of 50th cap

John O’Shea has paid tribute to “unsung hero” Glenn Whelan as the midfielder prepares to win his 50th cap for the Republic of Ireland against Wales tonight.

Trapattoni on Wales: 'this is no friendly'

Giovanni Trapattoni has warned his Republic of Ireland side tomorrow’s clash with Wales will be a friendly only in name.

Seldom does an international get-together pass without Giovanni Trapattoni referring to the friends he’s won over his illustrious managerial career and, from that reservoir of acquaintances, Greece manager Fernando Santos last night chipped in to support the Ireland manager in his time of need.

Sorensen calls it a day with Denmark

Denmark keeper Thomas Sorensen has announced his retirement from international football after winning 101 caps for his country.

Ups and downs of Terry's career

Footballer John Terry has been cleared of hurling a racist obscenity at Anton Ferdinand. Here are some of the highs and lows of his career.

Expectations of Rooney too high: Hodgson

England boss Roy Hodgson has admitted it was too much to demand Wayne Rooney would win Euro 2012 on his own – but denied the Manchester United forward was not fit enough to do himself justice.

Baros Czechs out from international duty

Milan Baros has retired from international football with the Czech Republic.

Germany coach Joachim Loew is confident his team will find a way through what he expects to be a wall of Greece players protecting their own penalty area in tonight’s Euro 2012 quarter-final.

Rooney: Nobody will want to face us

Wayne Rooney hopes England can finally break their quarter-final hoodoo in major tournaments at Euro 2012 and claimed: “I don’t think any team will fancy playing us.”

RUI COSTA led the so-called golden generation and Deco masterminded Luiz Felipe Scolari’s more combative side but now there is a big hole in the Portugal midfield.

Final chance for Trap to make a point

Giovanni Trapattoni under pressure, Roy Keane calling for the whole team to be dropped and Ireland, should they lose by three or more goals to Italy tonight, facing the indignity of becoming, officially, the worst performing team ever in the history of the European Championship finals — as dead rubber matches go for the Boys In Green, there’s more than a fair bit at stake at the Municipal Stadium in Poznan this evening.

Cesare Prandelli called for calm as he prepared to send Italy into their make-or-break Group C clash with the Republic of Ireland tomorrow night.

Damien Duff was today reflecting on the end of a dream after the Republic of Ireland's bruising defeat by Spain.

Trap: We'll give Italy a game

Giovanni Trapattoni has warned Italy not to expect any favours as the Republic of Ireland attempt to bow out of Euro 2012 with pride restored.

Italians lose grip on own destiny

Even Fergie can be blinded by Broadway lights

Talk about making an impact.

On the two previous occasions Germany have lost in the final of a European Championship, they have come back four years later to win the tournament.

Czechs sweat on fitness of playmaker Rosicky and Cech

Here’s a piece of new news for our wily Italian

Patrick Kavanagh’s poem about experience, Advent, was probably really a poem about depression. Not everyone who has “tested and tasted too much” feels as bad about it as Kavanagh seemed to do.

Resurgent Czechs back in the groove

And we think we were living a nightmare against Croatia.

England caught the mood of the nation with the sort of display that allowed Chelsea to beat both Barcelona and Bayern Munich on their way to winning the Champions League, and although they conceded their first goal and first points under Roy Hodgson, the result was a triumph for grim determination — and a more than satisfactory start to their Euro 2012 campaign.

Greece and the Czech Republic have defensive problems ahead of their Euro 2012 clash in Group A today with the Greeks missing their first-choice central defence and the Czechs desperate to plug a leaky back line.

Less is more after marathon season

An arduous club season, no matter how successful, might not be the platform on which the national side can thrive

Greece and the Czech Republic have defensive problems ahead of their Euro 2012 clash in Group A today with the Greeks missing their first-choice central defence and the Czechs desperate to plug a leaky back line.

Young: Cheat claims have not affected me ‘one bit’

Ashley Young ia adamant he is not a diving “cheat”.

Ronaldo crestfallen but ‘not out of it yet’

Cristiano Ronaldo took encouragement from his side’s performance against Germany and, having spoken to his club manager and mentor Jose Mourinho, believes he can still guide Portugal to a successful tournament at Euro 2012.

Trap wants a change in fortune

Giovanni Trapattoni believes he is due some luck as he leads the Republic of Ireland into Euro 2012.