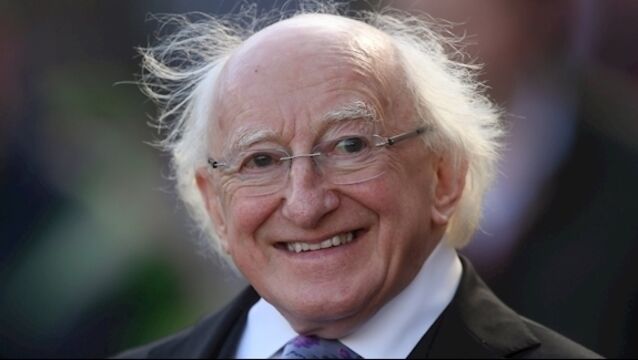 President Michael D. Higgins, Taoiseach Leo Varadkar, and Minister with responsibility for Defence Paul Kehoe will lead a ceremony in Dublin today to mark the anniversary of the 1916 Rising. 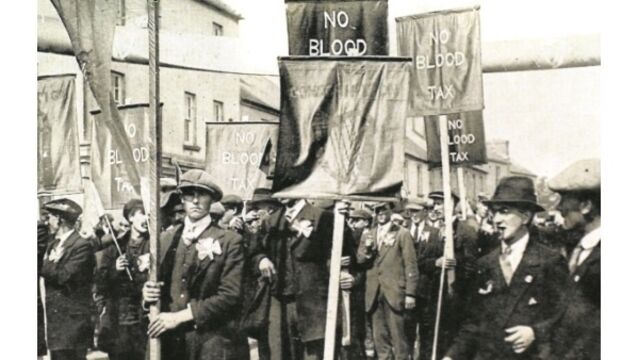 The 1916 Easter Rising and the threat of conscription into the British army during the First World War were the main reasons for the emergence of Sinn Féin as a major force in Irish nationalist politics, a new study shows. 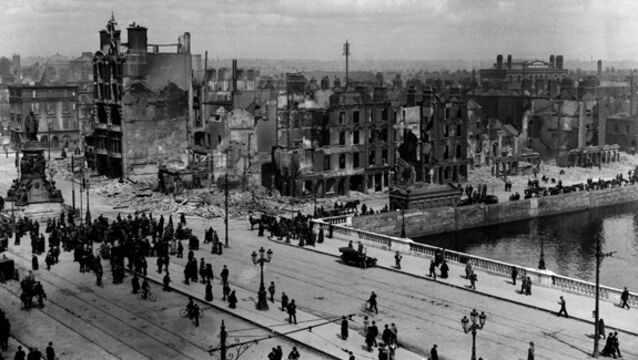 The Irish settlement: An often ignored legacy of World War I

The centenary of the end of World War I comes as the UK is seeking to finalise the terms of its exit from the European Union. There is a strong historical resonance between both events. The issue of Ireland’s relationship with the UK, the nature of the Irish border, and the exertion of Ulster unionists in Westminster are as central to British politics today as they were in 1918, writes Marie Coleman

New headstone unveiled to mark grave of Eugene Lynch, 8, who died during 1916 Rising

A new headstone has been unveiled today to mark the grave of one of the children who died during the 1916 Rising.

Little Eugene finally gets a headstone, over 100 years since death in Rising

More than a century on, a headstone will be placed on Friday on the previously unmarked grave of one of the 40 children killed during the 1916 Rising.

Thomas ‘Corkie’ Walsh: The Corkman who fired the first shot of 1916

Thomas Walsh of the Irish Citizen Army will be remembered at a ceremony in his native city next weekend, writes Niall Murray

The Government has invited the public to tell them how they would like major historic events to be commemorated.

The centenary of the Easter Rising leader Thomas Ashe&rsquo;s death will be marked with a State commemoration in Dublin&rsquo;s Glasnevin Cemetery next Friday.

Ireland’s revolutionary years captured in ’Atlas of the Irish Revolution’

The most comprehensive treatment of Ireland’s revolutionary years has been published today by Cork University Press.

The first comprehensive detailing of 528 people killed in Cork during the War of Independence shines a light beyond the better-known deaths of IRA fighters and British Crown Forces.

A new history project is the first to attempt to identify and detail every individual killed in County Cork during the Irish War of Independence, writes Professor Emeritus James S. Donnelly, Jr.

University College Cork and the Irish Examiner have unveiled a major new digital project which attempts to identify every individual killed in County Cork during the Irish War of Independence.

House of horrors: Inside the home of a suspected child webcam cybersex operator

LATEST: President Michael D Higgins today laid a wreath at the focal point of the Easter Rising as the nation marked the 101st anniversary of the rebellion.

Here is how much was spent on the 1916 commemorations

More than €7.5m was spent by the government on events commemorating the 1916 Rising.

Today will see the final event of the 1916 centenary celebrations.

WATCH: From bullets to All-Ireland medals, the tale of Charlie McMahon

He survived a gunshot wound to the head after the raid on the Custom House.

The architecture of commemoration in 2016 was the State&rsquo;s, but many of the ideas were bought-in, writes Gerard Howlin.

As the centenary of the 1916 Rising draws to a close, it is important to acknowledge that the apprehension that preceded the year&rsquo;s flag-waving and cheers has proved unfounded.

WATCH: GAA players who fought in the Easter Rising

The incredible stories of Frank Burke and Tilly Simpson.

A portion of the tri-colour, which was flown at Jacob's factory in Dublin during the Easter Rising, has been presented by a Jersey family to Glasnevin Museum.

Football&rsquo;s world governing body has confirmed it has begun disciplinary action against the Republic of Ireland over a 1916 commemorative jersey worn in a friendly game last March.

FIFA has opened disciplinary proceedings against the Football Association of Ireland over a symbol worn on the team's shirts in a March friendly which related to Easter Rising.

A new 90-minute documentary will tell the complete story of the Irish Revolution for the first time in colour.

Wayfarers: A composition written as a response to the 1916 Rising

ONE of the major aspects of the 1916 Rising commemorations has been the activity focused&nbsp;around&nbsp;cultural aspects, writes Cathy Desmond.&nbsp;

How the Rising in Cork became a family affair

Thomas Kent was the only 1916 revolutionary to be executed outside Dublin. Historian Meda Ryan tells how one family in the South made a stand for land and freedom

Lecturer to explain the forensics of finding Thomas Kent

The archaeological and forensic detective work used to locate and identify the remains of executed 1916 rebel Thomas Kent&rsquo;s remains will be explained in Cork this week.

Foreign Affairs Minister Charlie Flanagan has laid a wreath in memory of more than 100 British soldiers killed trying to suppress the Easter Rising.

Legitimacy of the Rising

Former Fianna F&aacute;il attorney general Paul Gallagher argues that the leaders of the 1916 Rising &ldquo;had no legitimacy whatsoever&rdquo; and &ldquo;were a self-absorbed group of brave idealists.

The installation of a large electronic pay meter in front of a monument to 1916 leader Thomas Kent has been branded &ldquo;an affront to his memory&rdquo;.

The Taoiseach heads for Washington today for a series of events marking the 1916 Centenary.

Enda Kenny to travel Stateside for series of 1916 events

Taoiseach Enda Kenny will travel to the US today for a series of high-profile 1916 commemoration events designed to place fresh focus on how the Easter Rising affected Irish people on the other side of the Atlantic.

The 'Timeline 1916 exhibition' and the film 'GPO 1916, Eyewitnesses to History' will run until May 20 at Cork City Hall.

Reports containing details of 30,000 arrests by the Dublin Metropolitan Police more than 100 years ago have been published online writes Dan Buckley.

The composer of Ireland's national anthem is to be remembered in a free public lecture at UCC tomorrow evening.&nbsp;

1916 Commemoration: ‘We are challenged to live up to Kent’s ideals’

As a piper played a lament, sheets of rain shrouded the tears of relatives yesterday in the yard of the Old Cork Prison where the 1916 rebel Thomas Kent was executed 100 years ago.

Four of the executed leaders of the Easter Rising have been remembered at separate ceremonies in Dublin today.

The last farthing in Irish Volunteers chief of staff Eoin MacNeill&rsquo;s pocket when he was imprisoned after the Rising could be lying in a British Army grave in France.

From Dublin to Dartmoor: A 1916 journey

On the 100th anniversary of Patrick Pearse&rsquo;s surrender &mdash; on the last&nbsp;Saturday of April 1916 &mdash; a never-published letter reveals how Irish men in&nbsp;different uniforms found they had a lot in common, writes Niall Murray

A monument to be erected next month honouring Thomas Kent will feature a code which can be scanned by smartphone to provide access to a website dedicated to information about the patriot and the 1916 Rising.