Ask Audrey: It's freezing cold in West Cork, and it the arse end of May 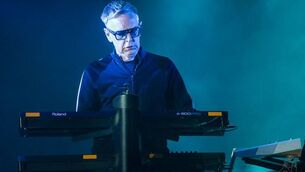