Houseplant survival guide: How to look after your new plant

Cooking with Colm O'Gorman: Breakfast for dinner with potato cakes and black pudding 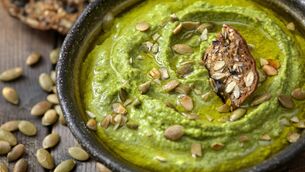 Give peas a chance: this pea guacamole is better for your wallet and the planet