Shamrock Rovers 1 Cork City 0 (AET): At the end of a long night in Tallaght, Shamrock Rovers finally got the better of a gutsy Cork City to qualify for the EA Sports Cup final against Dundalk on September 16.">
X
Liam Mackey
     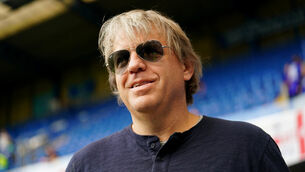 Record deal to sell Chelsea should be completed by Monday